US Denies Committing War Crimes in 2019 Airstrike in Syria

Published May 18th, 2022 - 05:48 GMT
Syrians stand next to a destroyed building in Balyun in Syria's northwestern Idlib province, on December 8, 2019, the day after a reported Russian airstrike on a market in the village. AFP / Aaref WATAD

A U.S. Department of Defense investigation into dozens of people killed during a 2019 airstrike in Syria found no rules or laws were broken but a number of compliance deficiencies caused the initial reporting of the incident to be delayed. 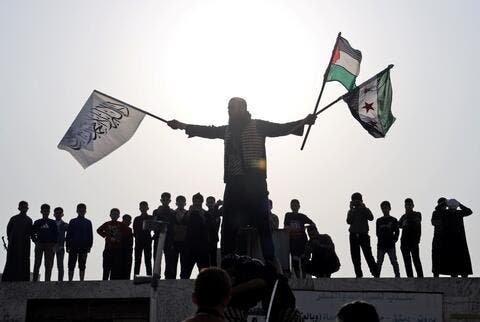 When Will The Killings Stop in Syria?

A two-page executive summary of the report made public Tuesday states that no Rules of Engagement or Law of War violations occurred on March 18, 2019, when the U.S. military conducted an airstrike targeting ISIS militants in Baghuz, Syria.

The airstrike was conducted in support of ally Syrian Democratic Forces who had requested Coalition air support.

The U.S. military committed procedural mistakes following a 2019 airstrike in Syria that killed dozens, including women and children, but an investigation has concluded the U.S. did not violate the law of war or deliberately cause civilian casualties. https://t.co/89lSoKEpVA

The investigation was launched in November with Michael Garrett, a four-star general of the Army's Forces Command, tapped to lead the probe by Defense Secretary Lloyd Austin after a report from The New York Times said 80 people including civilians were killed in the strike while alleging officials attempted to cover it up.

Of those labeled enemies, 51 were adult men and one was a child.

There were also 15 civilians wounded, including 11 women and four children, he said.

The report said U.S. ground forces commander "acted reasonably" and within the bounds of the law when he initiated the strike.

The officer received confirmation that no civilians were in the strike area before conducting the attack, the report said, adding that "[u]nbeknowst to the GFC, civilians were within the blast radius," resulting in deaths, it said.

"I found clear evidence that the GFC demonstrated awareness and concern for CIVCAS and took steps to mitigate harm," Garrett wrote in his summary.

Garrett said his review included additional information not available to the ground forces commander that showed he relied on data that was not "fully accurate" but that was "no fault of his own."

"In accordance with the [Law of War], the GFC's actions cannot be judged based on what we know now in hindsight, but only on the reasonableness of his decisions given the information known at the time," he said.

🙄 An internal Pentagon investigation has found that a 2019 airstrike that killed up to 64 civilians in #Syria did not violate US rules of engagement or the law of war, and was not carried out with "wanton disregard"
RT #Russia

Cops & Militaries should not investigate themselves pic.twitter.com/i4HxE1OGxI

The report also found numerous policy deficiencies at multiple levels of command that led to delays in reporting the incident, which Garrett said contributed to the impression that the Pentagon was not treating it seriously and was not being transparent.

In a memo, Austin said he was "disappointed" that issues led to the original incident review missing deadlines and that the negative perception the department gave off could have been avoided by timely review and a clear explication of the situation surrounding the strike.

"Our efforts to mitigate and respond to civilian harm resulting from U.S. military operations are a direct reflection of U.S. values," he wrote.

Concerning why no one was held responsible for the civilian deaths and casualties, Kirby said Garrett did not see need for reprimands as he did no find anyone who acted outside the Law of War or with malicious intent.

He also added that Austin is holding the entire department accountable for the issues that affected the incident's reporting. 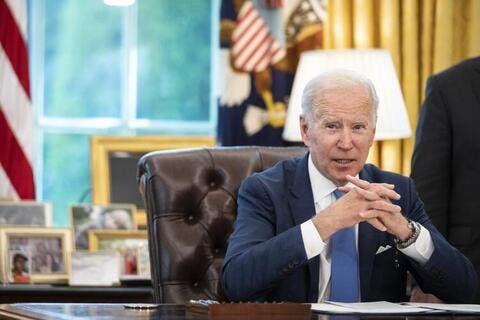 "In this case, Gen. Garrett found that the ground force commander made the best decisions that he could, given the information he had, at the time, given a very lethal, very aggressive ISIS threat in a very confined space," he said. "And it is deeply regrettable, we deeply regret, we apologize for the loss of innocent life that was taken in this particular strike."