The US Imposes New Restrictions on Ethiopia, Eritrea Over War-Torn Tigray

The United States has announced sweeping new restrictions on economic and security assistance to Ethiopia over the conflict in Tigray, which has plunged the northern region into a political and humanitarian crisis. 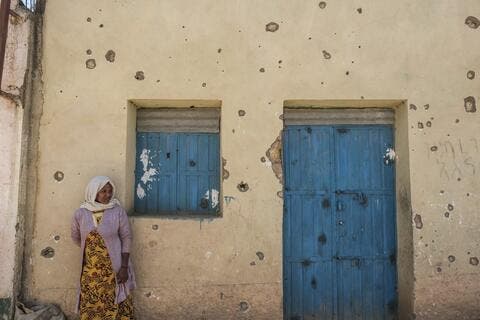 Million Displaced! There's No Clear End to The Tigray Crisis

“People in Tigray continue to suffer human rights violations, abuses, and atrocities, and urgently needed humanitarian relief is being blocked by the Ethiopian and Eritrean militaries,” US Secretary of State Antony Blinken said in a statement on Sunday, accusing parties on both sides of the conflict of failing to end the six-month-old war in Tigray.

“[T]he parties to the conflict in Tigray have taken no meaningful steps to end hostilities or pursue a peaceful resolution of the political crisis,” Blinken claimed.

The top US diplomat also announced visa bans that will target “current or former Ethiopian or Eritrean government officials, members of the security forces, or other individuals -- to include Amhara regional and irregular forces and members of the Tigray People's Liberation Front (TPLF).”

The Ethiopian military, joined by Eritrean troops, has been accused by international human rights organizations of abuses and atrocities against the civilian population during the conflict in Tigray.

Ethiopian Prime Minister Abiy Ahmed sent troops into Tigray in November after accusing the once-dominant regional ruling party of launching attacks on federal army troops based in the region.

The United Nations World Health Organization (WHO) Director-General Tedros Adhanom Ghebreyesus warned on Monday that Tigray was facing a horrifying situation with people dying of hunger and poor health.

“The situation in Tigray, Ethiopia, is, if I use one word, horrific. Very horrific,” Ghebreyesus, who himself hails from the region said at a press conference. “Many people have started dying actually because of hunger, and severe and acute malnutrition is becoming rampant,” he said.

In earlier reports from the war-hit region, Human Rights Watch and Amnesty blamed troops from neighboring Eritrea fighting in Tigray for the human rights violations and massacre of mostly civilians.

On Friday, Ethiopia accused Eritrean troops of killing 110 civilians in a massacre in November.

The @FCDOGovUK @JamesDuddridge should take this up urgently with the Ethiopian and Eritrean governments - graphic content from #Tigray conflict https://t.co/q1lSZvlGfK

The Ethiopian government has said it is committed to investigating human rights abuses during its fight against troops loyal to the TPLF.

The European Union (EU) took a similar stand to that of the US, condemning the ongoing violations and blocking of humanitarian aid to Tigray. 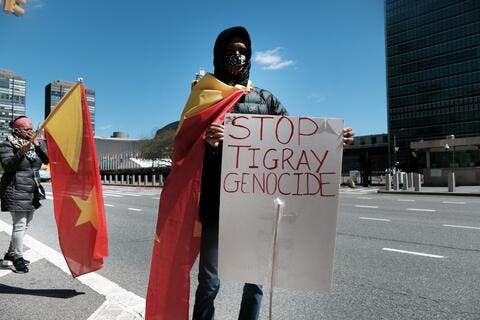 “The reality on the ground shows that blockades by military forces are severely impeding the ability for assistance to reach rural areas, where the humanitarian crisis is at the worst level,” a joint statement by foreign policy chief Josep Borrell and crisis management commissioner Janez Lenarcic said on Friday.