Published October 7th, 2021 - 06:58 GMT
Pro-choice and anti-abortion activists protest alongside each other during a demonstration outside of the Supreme Court on October 04, 2021 in Washington, DC. (AFP/File Photo)
Highlights
US federal judge stop the enforcement of near-total abortion ban

A US federal judge on Wednesday has asked the Justice Department's emergency to stop Texas from enforcing its near-total abortion ban on the grounds that it is unconstitutional. 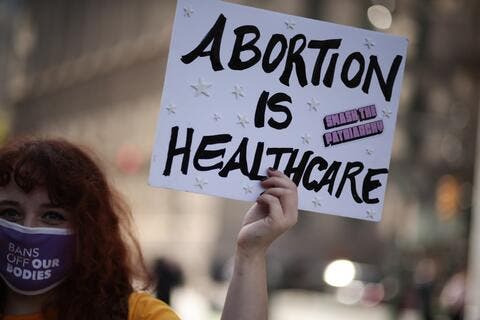 Women Protest for Abortion Rights Across the US

In his 113-page ruling, U.S. District Judge Robert Pitman said the law in question, Senate Bill 8, was "an unprecedented and transparent statutory scheme" developed by lawmakers in order to deprive pregnant people of their Constitutional right to an abortion.

"...this Court will not sanction one more day of this offensive deprivation of such an important right."https://t.co/GCf6MrFB7C pic.twitter.com/hTb7bd1sIG

"From the moment S.B. 8 went into effect, women have been unlawfully prevented from exercising control over their lives in ways that are protected by the Constitution," he said.

Pitman's ruling is widely expected to be appealed and continue up the chain of litigation, which he acknowledged, stating that other judges "may find a way to avoid" the conclusion he has come to but "this court will not sanction one more day of this offensive deprivation of such an important right."

U.S. Attorney General Merrick Garland said the ruling was a victory for women in Texas and the rule of law.

"It is the foremost responsibility of the Department of Justice to defend the Constitution," he said in a statement. "We will continue to protect constitutional rights against all who would seek to undermine them."

UPI has contacted the office of Texas Gov. Greg Abbott for comment.

The law went into effect at the end of August to ban all abortions after the detection of cardiac activity of the fetus, which occurs at about 6 weeks after conception and before most know they are pregnant. Exceptions for conception as the result of rape, incest or sexual abuse were not allowed under the law.

S.B. 8 was enforced by incentivizing the public to sue anyone who performs, aids and abets or intends to participate in the prohibited abortion, and was fashioned to skirt judicial review.

The Justice Department filed a lawsuit Sept. 9 against the ban, which it followed with an emergency motion on Sept. 14 to halt the bill's enforcement.

During the court proceedings, Texas had requested that if the court sided with the Biden administration and issued a preliminary injunction that the law be allowed to stand while the state appealed -- a request that Pitman rejected, stating the state had forfeited the right to any accommodation "by pursuing an unprecedented and aggressive scheme to deprive its citizens of a significant and well-established constitutional right."

Pittman also said if he had not granted the preliminary injunction other conservative states may have been emboldened to enact similar laws while those in liberal-leaning states may do so as well to "limit another constitutional right, like a right grounded in the Second Amendment."

"This court's preliminary injunction, should it stand, discourages states from doing so," he said.

The anti-abortion group Susan B. Anthony List rejected the ruling.

"Now, an elected judge has interfered with the clearly expressed will of Texans," SBA List President Marjorie Dannenfelser said in a statement, stating the law prevented more than 4,700 abortions since taking effect. "For two generations, the U.S. Supreme Court has tied the hands of states to enact laws protecting unborn children and their mothers. It is time to restore this right to the people and update our laws."

"It's been 36 days since Texas deprived its citizens of their constitutional right to abortion," Planned Parenthood tweeted. "The relief granted by the court today is overdue."

Whole Woman's Health said they are working to resume providing "the full scope of abortion care as soon as possible."

"This is amazing news," the organization tweeted. "Texans never once stopped seeking abortions -- we're thrilled there is a path to provide them."

The ruling follows the Supreme Court early last month declining a request from Whole Woman's Health and others to block the law from going into effect in a 5-4 vote, but did not rule on the constitutionality of the legislation.

The Center for Reproductive Rights said those it represents in the state are hoping to resume services as soon as possible despite the threat of being sued retroactively if S.B. 8 is not completely struck down. 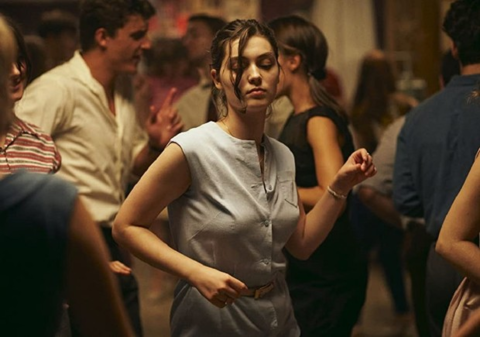 "The cruelty of this law is endless," Nancy Northup, president and chief executive at the center, said in a statement.

"While we are relieved that a court has finally blocked this unconstitutional law, today's court order is only temporary," she said. "This is not the end. We know the state of Texas will keep defending this malicious ban."