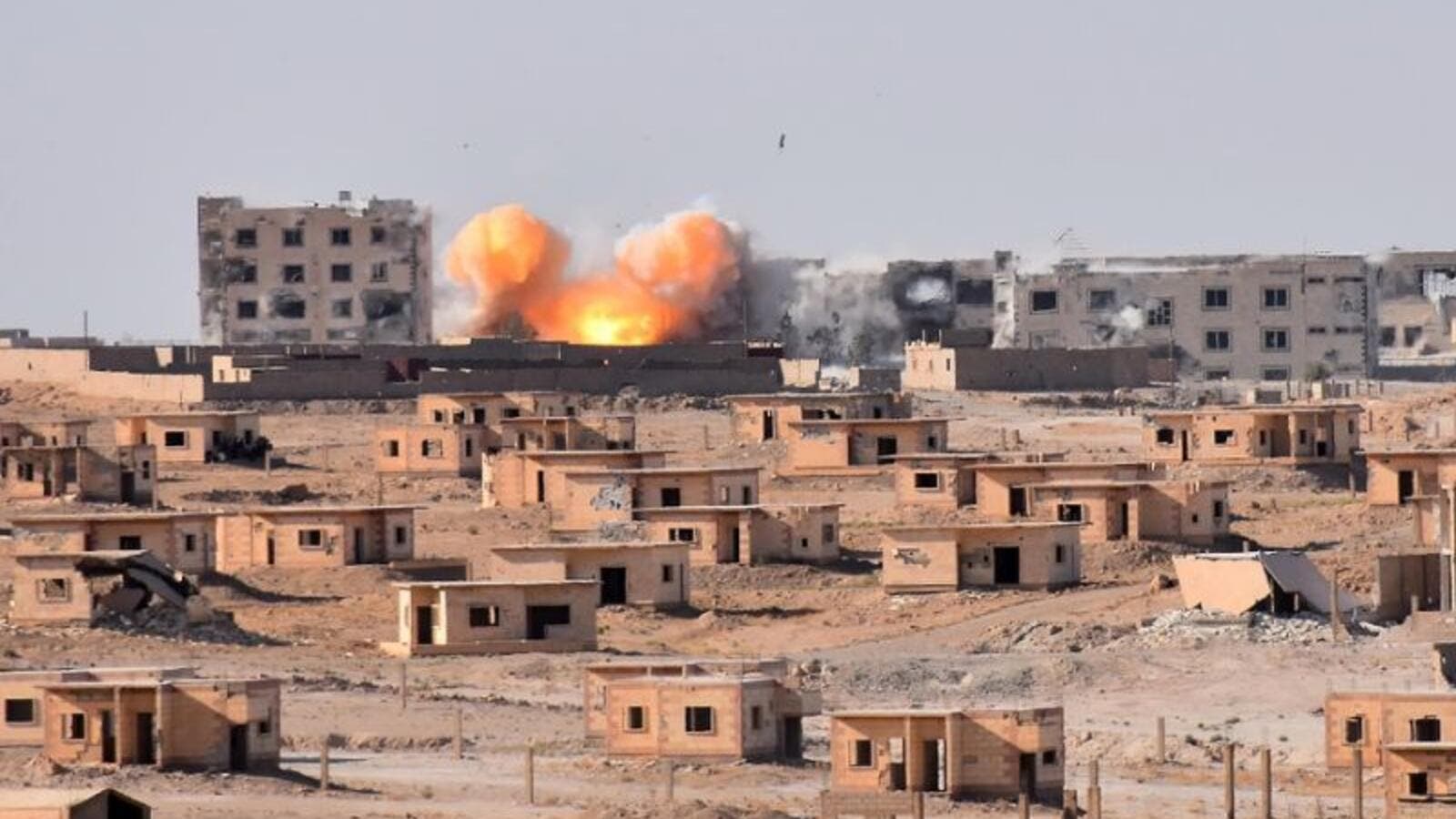 Smoke rises from buildings in the area of Bughayliyah, on the northern outskirts of Deir Ezzor city. (AFP/ George OURFALIAN)

U.S.-led coalition warplanes on Friday destroyed a mosque in a part of Syria’s eastern Deir ez-Zor province held by the YPG/PKK and Daesh terrorist groups, according to local sources.

No casualties were reported as a result of the strike.

Within the last two days alone, 43 civilians have been killed -- including two children -- by repeated coalition airstrikes, local sources say.

With U.S. and French support, the YPG/PKK group recently launched an offensive against Deir ez-Zor’s city of Hajin with a view to retaking it from Daesh.

The number of Daesh terrorists now in Hajin is estimated at some 1,000 out of an estimated 2,500 throughout the entire Deir ez-Zor province.