President Joe Biden laid a wreath at the Tomb of the Unknown Soldier on Monday to mark Memorial Day, remarking on the "precious" lives buried at Arlington National Cemetery. 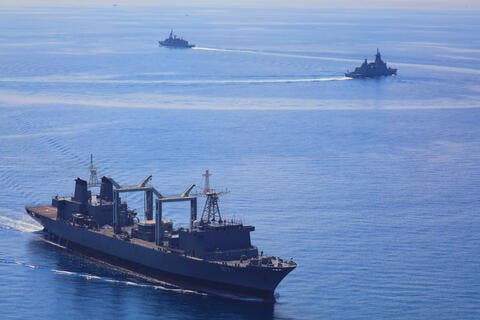 Is Rouhani Seeking to 'Intimidate' Biden Via Venezuela?

He said the grief parents of fallen soldiers go through is a sacrifice for the nation and those lives lost in wars have a widespread impact.

"We must never forget each of these markers -- both known and unknown here at Arlington and far beyond -- represent a precious life. A son, a daughter, a mother, father, brothers sisters, a friend a neighbor," Biden said.

On Memorial Day, we honor and reflect upon the courage, integrity, and selfless dedication of the members of our Armed Forces who have made the greatest sacrifice in service to our nation. pic.twitter.com/wRq9hJSxoC

Secretary of Defense General Lloyd Austin called on the memory of Chris Slutman who was killed by a roadside bomb in 2019.

"[Chris] alongside so many of his brothers and sisters in arms who have made the ultimate sacrifice in this longest of American wars," Austin said. "Our Gold Star families wage a fight that goes on long after funeral."

Austin said he spoke with Slutman's widow, Shannon, prior to the ceremony. Slutman was allegedly the target of a Russian bounty.

Biden's remarks to the gathered crowd came on the six-year anniversary of his son's death.

"For those who mourn a loved one today, Jill and I have some idea how you're feeling," Biden said. "Our losses are not the same, but that black hole you feel in your chest as if it's gonna suck you into it, we get. I know the incredible pride you felt seeing your loved one wear the uniform of our country and the pride they felt wearing it."

Biden's son Beau Biden, who died of brain cancer at the age of 46 in 2015, was a judge advocate general who served two tours in Iraq with the Delaware Army National Guard where he achieved the rank of major.

Beau Biden travelled to the war zone over 25 times.

Biden was accompanied by first lady Jill Biden, Vice President Kamala Harris, second gentleman Douglas Emhoff, Austin and Chairman of the Joint Chiefs of Staff General Mark A. Milley. The ceremony took place at the Tomb of the Unknown Soldier at the cemetery, where 400,000 of the nation's fallen service members and veterans are buried.

In remarks Sunday at the War Memorial Plaza in New Castle, Del., Biden honored the war dead over the two decade-long battle in Iraq and the Middle East.

"We're not Democrats or Republicans today. We're Americans," he said.

Each year, Memorial Day offers us a chance to reflect on the enormity of the sacrifices that generation after generation of Americans has made. pic.twitter.com/yARTptfyO2

Biden noted to those in attendance that he has been carrying a list of names of soldiers killed in action over the 20 year lifespan of the war, much of which time he has been vice president, U.S. senator and now president. 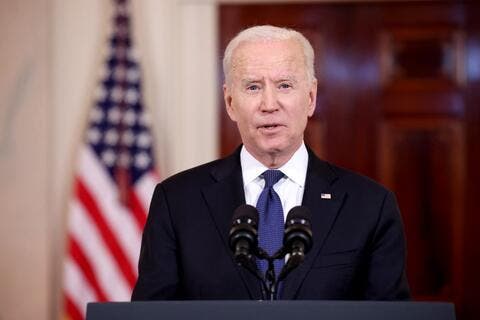 The United States first invaded Afghanistan and later Iraq after the Sept. 11, 2001, attacks. The conflicts have been called "the endless war."

"Today, it's 7,036 military members -- fallen angels -- have given the 'last full measure of devotion,' as President Abraham Lincoln termed it, in those modern conflicts," Biden said.