U.S. President Joe Biden said his first summit with Russian President Vladimir Putin showed the prospect for the two countries' relationship to "significantly improve," but warned against cyberattacks and violations of human rights. 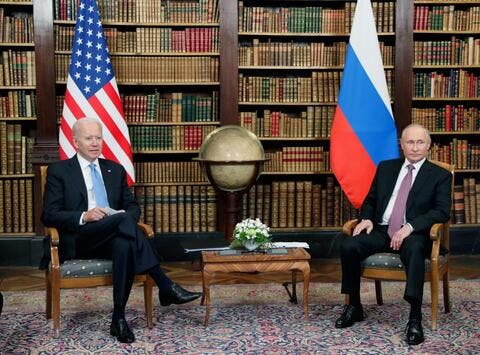 The two had a highly anticipated meeting in Switzerland on Wednesday on the sidelines of a G7 meeting in Britain. They held separate news conferences after the summit, which Biden said was a "test" for their future relationship.

"I am not sitting here saying because the president and I agreed that we would do these things that all of a sudden it's going to work," Biden told reporters. "I'm not saying that. What I am saying is I think there's a genuine prospect to significantly improve the relations between our two countries, without us giving up a single, solitary thing based on principle and our values."

Biden described the meeting as generally "positive," adding that "I did what I came to do."

"I made it clear to [Putin] the consequences would be devastating for Russia" if Navalny died in prison, Biden said.

Biden also gave Putin a list of 16 infrastructure sites that should be considered off-limits for cyberattacks.

"I pointed out to him that we have significant cyber capability and he knows it. I pointed out, if they violate basic norms, we will respond.

"I think the last thing he wants now is a cold war."

Putin also met with the press after the inaugural in-person meeting between the two leaders.

The leaders agreed that Anatoly Antonov, Russia's ambassador to the United States, and John Sullivan, Washington's ambassador to Russia, would return to their posts and resume diplomatic relations. The two were recalled after Biden announced sanctions aimed at punishing Russia for a massive cyberattack last year.

Putin denied Russian involvement in the cyberattacks against public and private U.S. institutions in recent years. He suggested that there had been some agreement to establish expert groups to examine the issues. U.S. officials fear this will tie the questions up in committees rather than set clear red lines.

"We believe the sphere of cybersecurity is extremely important for the world in general -- including for the United States, and for Russia to the same degree," Putin told reporters.

The Biden administration extended a crucial nuclear weapons treaty with Russia for five more years. The New Strategic Arms Reduction Treaty, or New START, is the only arms control treaty in place between Washington and Moscow.

Putin said the goal for the meeting of the world's biggest nuclear powers was to make the world a safer place to live in.

"This was a productive meeting. It was fruitful," Putin said. "It was to-the-point and it took place in an atmosphere that was enabling to accomplish something."

The summit took place at the 18th-century Swiss Villa La Grange in Geneva, along the coast of a lake near the French border. The two leaders met there and were photographed exchanging greetings before they went inside for a photo opportunity that preceded the private meeting.

Both leaders were welcomed by Swiss President Guy Parmelin before the start of the summit.

"Mr. President of the Russian Federation, Mr. President of the United States of America, On behalf of the Swiss government, I would like to welcome you to Geneva, the city of peace," he said. "I wish you both a fruitful meeting in the interest of your two countries and the world."

A senior Biden administration official told reporters on background after the meeting that the conversation between the two leaders was direct, constructive, non-polemical and matter-of-fact."

The meeting, the official said, matched Biden's three objectives of setting clear tasks where they can work together, laying down areas where the United States will respond to Russian activities that run counter to U.S. interests and for Biden to explain his vision for American values and our national priorities.

"Doesn't mean that's going to convince [Putin] at all," the official said. "It does mean that by sharing that, communicating it clearly, maybe it lessens a little but the possibility of miscommunication, misunderstanding."

Concerning the 16 infrastructure sites, Biden warned Putin to stay away from are those "critical to life of the nation," the official said, including the chemical, communications, energy, financial services sectors, as well as critical manufacturing, dams, defense bases, emergency services and food and agricultural.

A senior administration official warned Tuesday to not expect "a big set of deliverables" from the meeting. The top three goals, they said, are to set clear tasks where Biden and Putin can work together, lay down areas where the United States will respond to Russian activities that run counter to U.S. interests and for Biden to explain his "vision for American values and our national priorities."

Biden said in April that he wants "a stable, predictable relationship" with Russia, but warned that his administration won't sit idly by if the Kremlin continues to interfere with U.S. democracy.

The White House has said Biden doesn't see Wednesday's summit as rewarding Putin for destabilizing actions but rather a "vital part" of defending U.S. interests and values.

Psaki explained that there's no substitute for face-to-face engagement, especially for those with a "complex" relationship, and Putin's highly personalized decision-making style means it's important that Biden sit down with him "to be clear about where we are, to understand where he is, to try to manage our differences and to identify those areas where we can work in America's interests to make progress."

Wednesday's meeting came at the end of Biden's eight-day trip to Europe, where he met with politicians, Britain's Queen Elizabeth II and held meetings with the Group of Seven nations, NATO and the European Union in a push to reassert U.S. leadership on the world stage and bolster democracy worldwide.

National security adviser Jake Sullivan said last week that Biden would go into the Putin summit "with the wind at his back." On Monday, Biden told reporters in Brussels, Belgium, that he planned to tell Putin -- who he's previously met and called "bright," "tough" and "a worthy adversary" -- that the United States and allies won't fail to defend themselves and democratic values.

"I'm going to make clear to President Putin that there are areas where we can cooperate, if he chooses," he said. "And if chooses not to cooperate and acts in a way that he has in the past, relative to cybersecurity and some other activities, we will respond -- we will respond in kind."

Biden brushed aside the idea of trusting Putin at the meeting and said it's more about getting on the same page with the Russian leader.

"I'm hoping that President Putin concludes that there is some interest, in terms of his own interests, in changing the perception that the world has of him, in terms of whether or not he will engage in behavior that's more consistent with what is considered to be appropriate behavior for a head of state," he said.

Following their meeting, Putin and Biden hosted separate news conferences, which is somewhat of a departure from the joint press events that usually follow such high-stakes summits.

"This is not a contest about who can do better in front of a press conference to try to embarrass each other," Biden explained to reporters on Sunday. "It's about making myself very clear what the conditions are to get a better relationship with Russia." 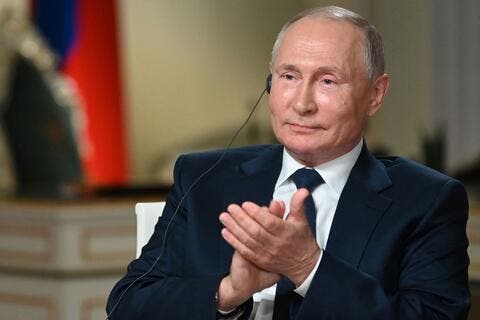 A senior administration official warned Tuesday to not expect "a big set of deliverables" from the meeting.