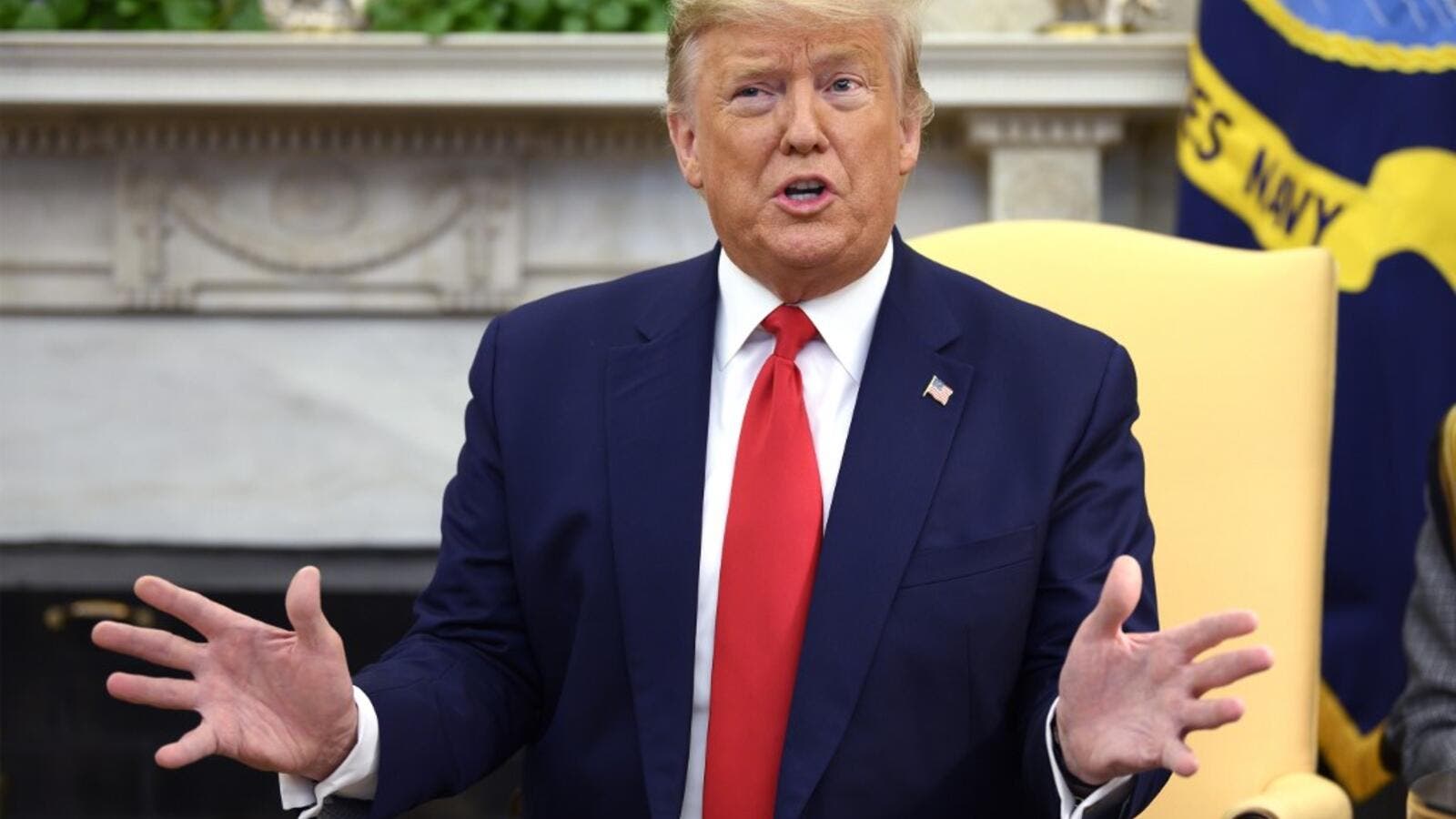 US President Donald Trump speaks during a meeting with the president of the Republic of Ecuador in the Oval Office at the White House in Washington, DC, on February 12, 2020. JIM WATSON / AFP

The US Senate opened debate Wednesday on a resolution to limit President Donald Trump's authority to go to war with Iran, with passage likely after eight Republicans sided with Democrats to advance the bill.

A vote on the war powers resolution could take place as early as Thursday, amid concerns that Trump could embark on open military conflict with Tehran without consulting Congress.

Passage could embarrass the president, who has been able to count on the Republicans' solid majority in the Senate to block legislation he disagrees with.

While Trump is expected to veto the legislation, he warned the Senate on Wednesday to vote it down and not limit his policy choices.

"It is very important for our Country's SECURITY that the United States Senate not vote for the Iran War Powers Resolution," he tweeted.

"We are doing very well with Iran and this is not the time to show weakness... If my hands were tied, Iran would have a field day. Sends a very bad signal. The Democrats are only doing this as an attempt to embarrass the Republican Party."

In January the Democrat-controlled House of Representatives passed its own version of the law, after Trump's order to kill Iranian commander Qasem Soleimani and retaliatory missile strikes by Tehran dramatically escalated tensions and raised fears of a devastating war between the two foes.

"Congress has got to reassert our constitutional role in matters of war and peace," he said.

The two chambers' versions will have to be reconciled before being sent to the White House, which could all take place by the end of February.