US Weapon Sales: A Billion-Dollar Industry

Published December 16th, 2021 - 08:58 GMT
U.S. soldiers taking inventory of arms after the battle of Dak To in November 1967, during the Vietnamese war. Photo by Francois Mazure - AFP

The United States is the largest exporter of weapons in the world and the sale of U.S. weapons domestically and internationally accounts for billions of dollars each year. 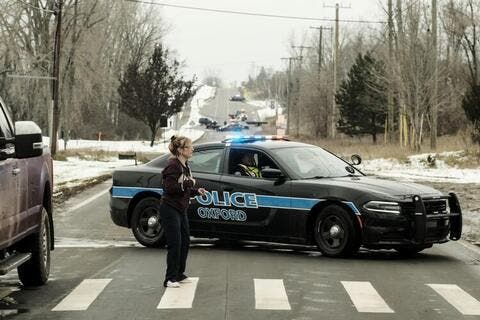 The Deadliest US School Shooting This Year

According to data collected and reported by the Stockholm International Peace Research Institute, the U.S. was responsible for 36% of all global arms exports from 2015 to 2019.

This global arms trade not only serves as a major source of income for the U.S. government and U.S.-based weapons companies, it also serves U.S. influence in the global political arena.

Throughout 2015 to 2019, the U.S. sold arms to 96 different countries, and of those 96 countries, Middle Eastern countries were the main recipients accounting for 51% of all U.S. arms exports.

Information regarding this weapons trade and regional influence is not hard to come by either. The Defense Security Cooperation Agency, a U.S. government agency connected to the Department of Defense, releases public reports detailing what weapons are being sold, who they’re being sold to and for how much money.

If you want to better understand U.S. influence in the Middle East, just follow the money and the weapons.

Saudi Arabia is one of the United States’ largest allies in the Middle East and they’re one of their largest customers as well. Throughout the 2015 to 2019 period, Saudi Arabia received 25% of all U.S. arms exports which was more than any other country.

This is a staggering amount of money and arms at play when you consider the fact that individual U.S. arms deals to Saudi Arabia routinely exceeded $100 million.

In November 2021, the Biden administration approved its first major arms sale to Saudi Arabia. The deal was worth an estimated $650 million and included 280 air-to-air missiles.

Prior to this deal, in the final weeks of the Trump administration in December 2020, the U.S. approved a $290 million deal with Saudi Arabia that included 3,000 precision-guided bombs.

And these deals are not without controversy. U.S.-made bombs have been repeatedly linked to Saudi-led airstrikes in Yemen that killed civilians.

The bombs entered Saudi hands from deals initially made under the Obama administration back in 2015, the same year the war in Yemen began, and the arms deals continued throughout Trump’s presidency.

As the war raged on and the United Nations designated Yemen in 2018 as “the world’s worst humanitarian crisis,” arms continued to flow into Saudi Arabia while the United States profited.

It’s no stretch to say that, aside from money, politics plays a major role in influencing these U.S. arms deals.

In 2015 an approximately $1.87 billion arms deal was reached between the U.S. and Israel when tensions were high over an agreement aimed at limiting Iran’s nuclear program.

Analysts speculated that the arms deal, which included 3,000 Hellfire missiles and 12,150 bombs of various weights, was primarily made to appease Israeli concerns over the Iran nuclear agreement.

In an interview with Bloomberg concerning the deal, a project head at Tel Aviv’s Institute for National Security Studies said, “These items are often sold to Israel in separate deals. There’s no doubt that packaging them all together in one sale, and announcing it now, is clearly linked to the Iran agreement.”

In August 2014, an Israeli missile attack killed 10 civilians sheltering in a U.N. school in Gaza. The U.S. Department of State condemned the attack as “disgraceful,” but according to the United Nations the missile Israel used was U.S.-made.

Then, as recently as May 2021, a $735 million deal to sell precision-guided weapons to Israel was approved by the Biden administration.

The deal came at a time when violence was flaring up across the occupied Palestinian territories and Israel. Congress was officially notified of the proposed deal on May 5, 2021, and days later while the deal was pending hundreds of people were killed with the bulk of the body count coming from Israeli attacks in Gaza.

The United Nations cited in a May report addressing the violence that over an 11-day period, Israeli strikes killed at least 232 Palestinians, including more than 60 children. Human Rights Watch found that several of these strikes, which landed in densely populated civilian areas throughout Gaza, amounted to war crimes.

And while it’s not always evident if the weapons Israel uses in these strikes are U.S.-made, what is evident is that the U.S. gives billions in military aid to Israel every year in addition to selling the country thousands of bombs, missiles and other weapons.

Whether it’s sales to Israel, Saudi Arabia, or the 94 other countries the U.S. made arms deals with from 2015 to 2019, the United States has profited billions over the years while its weapons flowed into various regions of the world.