Published May 25th, 2022 - 05:21 GMT
According to reports, 19 students and 2 adults were killed, with the gunman fatally shot by law enforcement. Brandon Bell/Getty Images/AFP 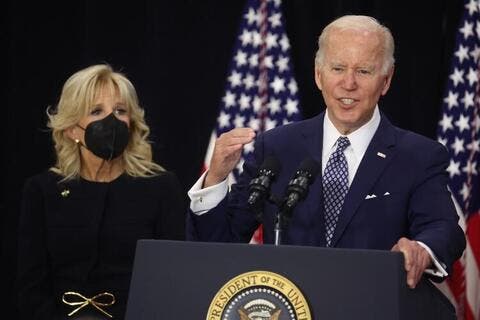 The shooting took place at Robb Elementary School in Uvalde. The school includes grades 2 through 4.

Speaking at a news conference shortly after the mass shooting, Abbott identified the shooter as Salvador Ramos, a resident of Uvalde. He said the 18-year-old was killed by law enforcement officers, two of whom also sustained minor injuries.

Texas Gov. Greg Abbott said Ramos entered the school with a handgun and possibly a rifle. The shooting took place around 11:30 a.m.

The Uvalde Police Department initially said it arrested the suspected gunman after responding to the school.

The Uvalde Memorial Hospital said it was "caring for several students" in the emergency room and University Hospital in San Antonio said it was evaluating one adult and one child. Neither facility offered details or conditions of the patients.

"We do want to keep all the families in our prayers," Arredondo said in a news conference.

In a statement, Greg Abbott said he and his wife, Cecilia Abbott, were mourning the "horrific loss."

"Texans across the state are grieving for the victims of this senseless crime and for the community of Uvalde," he said. "We thank the courageous first responders who worked to finally secure Robb Elementary School."

President Joe Biden delivered remarks about the shooting on Tuesday night, saying it should be clear to "every elected official in this country it's time to act."

“What are we doing?” he asked his colleagues. “Why are we here?” pic.twitter.com/IMNJNHYXH1

"It's time for those who obstruct or delay, or block the common-sense gun laws, we need to let you know that we will not forget," he said. "We can do so much more, we have to do more."

Biden ordered flags be flown at half staff at the White House and at all federal public grounds, buildings and vessels through Saturday.

The UCISD put all its campuses on lockdown in response to the gunshots.

Uvalde is located about 85 miles west of San Antonio and about 50 miles east of the Mexican border.