Violence Rocks Baghdad as Rockets Are Hurled on Its Green Zone

Scores were injured in clashes between Iraqi security forces and protesters in the capital Baghdad, according to local authorities Anadolu news reported. The Cabinet’s Security Media Cell said 122 soldiers and 11 protesters were hurt in the violence. In a statement it called on all Iraqis "to abide by the directives of the relevant security agencies."

The attack which wounded seven security officers came before police fired tear gas and stun grenades to push back several hundred supporters of firebrand Shiite cleric Moqtada Sadr who were seeking to reach the fortified area, an AFP correspondent said. 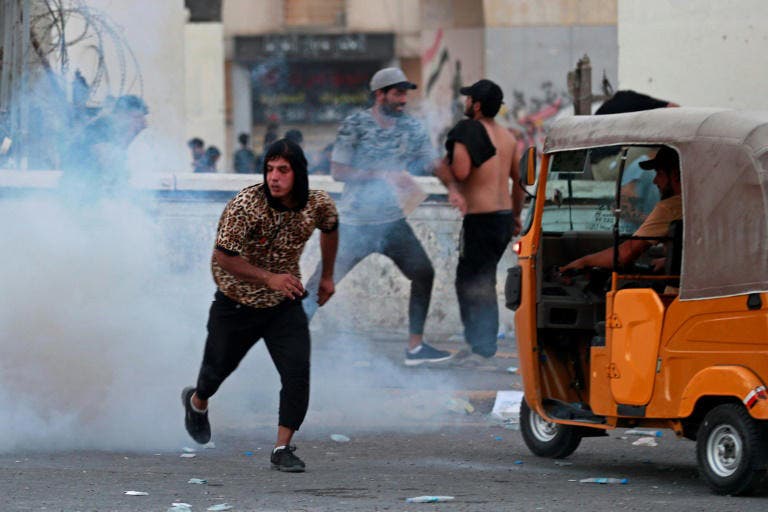 One rocket fell outside the Iraqi parliament that was in session for the first time after it had been suspended with reports of about 100 police officers being injured as well as 11 civilians.