'The Vote is Rigged', Thousands of Algerians Chant at The Presidential Poll Results 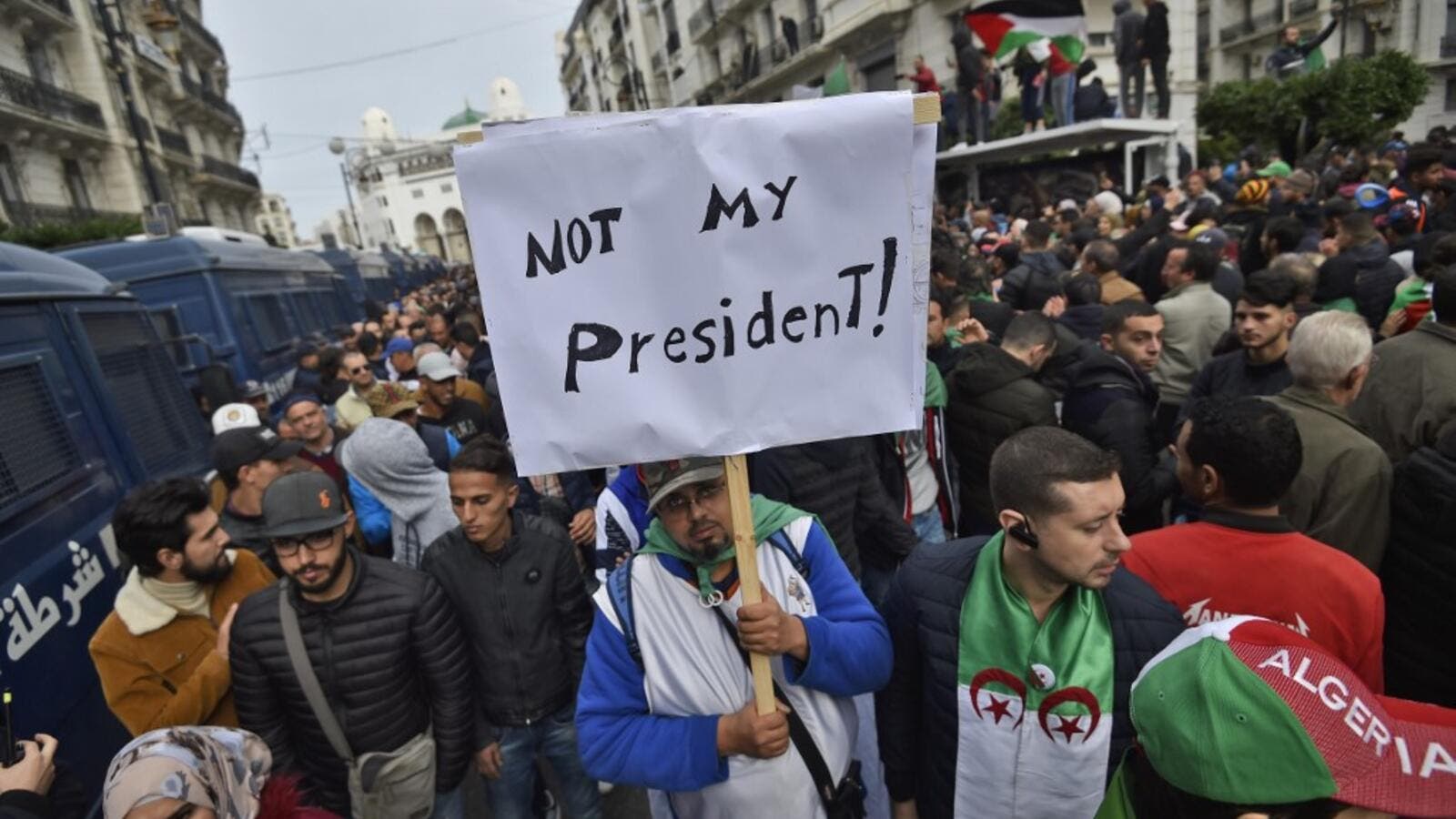 Abdelmadjid Tebboune, a former ally of Algeria's deposed leader Abdelaziz Bouteflika was elected yesterday president of the protest-wracked country in a widely boycotted vote, sparking another outpouring of anger on the streets today. RYAD KRAMDI / AFP
Highlights
Demonstrators gathered in Algiers to protest against the presidential election result..

Huge crowds massed in Algeria's capital on Friday in protest against the election of a former loyalist of deposed leader Abdelaziz Bouteflika as president in a widely boycotted poll.

"The vote is rigged. Your elections are of no concern to us and your president will not govern us," chanted demonstrators who flooded central Algiers, an AFP journalist said.

They vowed to keep up their campaign for the total dismantling of the political establishment following Abdelmadjid Tebboune's victory in Thursday's poll.

"Tebboune is worse than Bouteflika. He's known for being one of the thieves," said Meriem, a 31-year-old civil servant. "We did not vote and we will not back down."

The deeply unpopular election had been championed by the army as a way of restoring stability after almost 10 months of street protests.

All five candidates - who included another former prime minister, Ali Benflis, 75, and an ex-minister, Azzedine Mihoubi - were widely rejected by protesters as "children of the regime".

Many Algerians see the government as inept, corrupt and unable to manage the flagging economy of the North African country.

Tebboune served in Bouteflika's government as communications and then housing minister and was later briefly appointed as prime minister.

On Thursday, a record six in 10 Algerians abstained, Charfi said, the highest rate for a multi-party election since independence from France in 1962.

Tens of thousands rallied in central Algiers, where police with water cannon and helicopters tried to disperse protesters.

"The people want independence," demonstrators chanted after breaking through a police cordon and filling the streets outside the Central Post Office, their rallying point through more than 40 weeks of protest.

In the capital, a group of protesters stormed a polling stations, suspending voting there for half an hour before police pushed them out again.

After dark, witnesses reported ongoing scuffles between police and protesters in the Belouizdad neighbourhood close to the city centre.

In the mountain region of Kabylie, home to much of the country's Berber minority and historically opposed to the central government, protesters ransacked polling stations and clashed with police, residents said.

In the city of Bejaia, two polling stations were attacked. In Tizi Ouzou, security forces fired teargas to disperse a crowd who had surrounded a government building, triggering a standoff into the night in which several people were wounded.

In central Algiers, young protesters slammed those casting their ballots as "traitors of the nation".

That earned a sharp rebuke from one man in his 80s: "I fought for the right to vote, so I'm voting for my country."

Other voters said they had turned out because after nearly a year of turmoil it was time for a return to stability.

"I am voting because I am afraid that the country will get mired in the crisis," said Karim, a 28-year-old civil servant.

Sid Ali, a 48-year-old merchant in Algiers, said: "I support the Hirak (protest) movement but it needs to end. I lost 70 percent of my turnover and many traders are in my situation."