Fresh attacks erupted on the border between Azerbaijan and Armenia as both sides reported casualties. 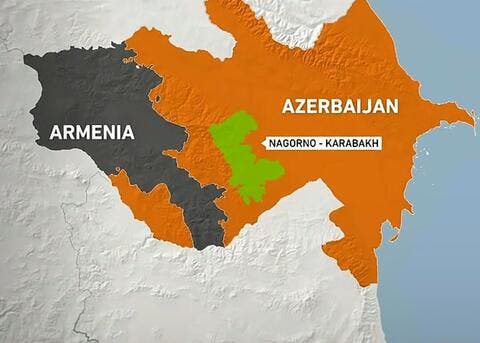 Who Are Syrians Fighting With in the Armenia-Azerbaijan Conflict? Both Sides, Some Argue

At least three Armenian troops died and two Azerbaijani soldiers were wounded early on Wednesday, the two sides reported, in the deadliest military incident between the arch-foes since their war last year over the disputed Nagorno-Karabakh region. By mid-day, there were reports a halt in firing was holding.

Azerbaijan's Defence Ministry accused Armenia of a military provocation, saying "two Azerbaijani servicemen were wounded" after Armenian forces opened fire towards Azerbaijani positions in the district of Kalbajar, in the early hours of Wednesday.

Yerevan said an intense shootout took place near the village of Sotk at the north-eastern sector of the border shared by the Caucasus neighbours.

Armenia's Foreign Ministry said, "As a result of armed action launched following an attack by Azerbaijani forces, there are three dead and two wounded from the Armenian side as of 08:30 (0430 GMT)."

Both sides blamed the other with Baku saying “Armenia bears full responsibility for the escalation of tensions" and Yerevan accusing the Azerbaijanis of "deliberately escalating the situation".

On July 23,  an Azerbaijani soldier died and three Armenian troops were wounded in a shootout at Kalbajar.

Tensions between Baku and Yerevan have been running high since May, when Armenia accused Azerbaijan's military of crossing its southern frontier to "lay siege" to a lake shared by the two countries.

The six-week war between Armenia and Azerbaijan last autumn claimed about 6,500 lives and ended in November with a Russian-brokered ceasefire under which Armenia ceded the Azerbaijani territories it had controlled for decades.

An agreement on restoring the ceasefire at the line of contact of the #Armenia'n-#Azerbaijan'i troops in the north-eastern direction has been reached at the mediation of the command of #Russian peacekeeping forces.

Under a deal signed on November 10, Azerbaijan reclaimed several cities and nearly 300 settlements and villages from Armenia’s nearly three-decade occupation.

Both countries have reported occasional shootouts in recent months along their shared border, sparking fears of a flare-up in the territorial dispute. 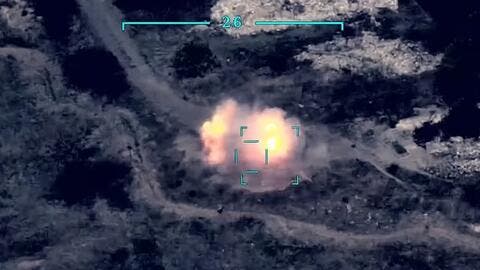 How the Nagorno-Karabakh Conflict is Changing Drone Warfare (Part II)

Relations between the former Soviet republics of Armenia and Azerbaijan have been tense since 1991, when the Armenian military occupied Nagorno-Karabakh, also known as Upper Karabakh, a territory internationally recognized as part of Azerbaijan, and seven adjacent regions.

The ensuing conflict has claimed around 30,000 lives.