War in Ukraine: What Will Europe Do Now?

Top diplomats of the EU are scheduled to meet on Monday to discuss the latest developments related to the war in Ukraine and the bloc’s support for Western Balkan countries. 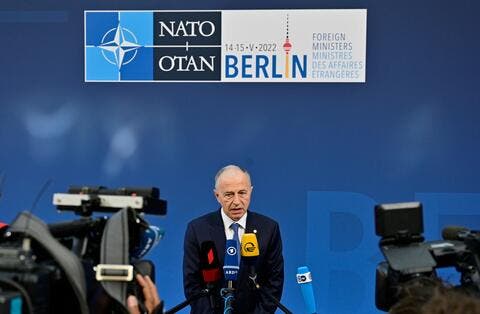 Can Ukraine Win The War Against Russia?

The foreign ministers of 27 nations will assess the situation and the impact of the Ukraine war on the region.

The foreign ministers of the Western Balkans countries -- Serbia, Montenegro, Kosovo, Albania, North Macedonia, and Bosnia and Herzegovina – will join their EU counterparts for a separate session.

Top diplomats of the #EU are scheduled to meet on Monday to discuss the latest developments related to the #war in #Ukraine and the bloc's support for Western Balkan countries. https://t.co/miIcvMayrY

The discussions will focus on how the EU can help its “partners to be more resilient and to deal with the Russian aggression in Ukraine” that heavily affects their economy and security, a senior EU official, speaking on the condition of anonymity, told journalists.

The EU foreign ministers will also talk about the bloc’s response to the war in Ukraine, with a special interest in the bloc’s plan to assist Ukraine in exporting its crops by curbing Russia’s blockade of the Black Sea.

EU foreign policy chief Josep Borrell’s latest proposal to offer another 500 million euros ($520 million) of military aid to Ukraine will also be on the agenda.

The ministers will also continue the talks on the sixth sanctions package against Russia proposed by the European Commission last week, which includes highly divisive plans on imposing an oil embargo.

According to the EU official, it is unpredictable if the top diplomats will be able to agree on the restrictive measures since talks are continuing through the weekend between diplomats.

In the last session, EU Foreign Policy Chief Josep Borrell will brief the ministers on his travel to Latin America and the EU diplomatic efforts in convincing South American countries about the importance of sanctions against Russia, the source said.

The EU has allocated 1.5 billion euros (over $1.58 billion) in military aid to Ukraine and mobilized more than 4 billion euros ($4.16 billion) in macro-financial assistance, humanitarian aid, and support to EU countries hosting refugees from Ukraine since the war began on Feb. 24.