Watch what you say: 10 Jordanians to be sued for hate speech on social media following Hattar assassination 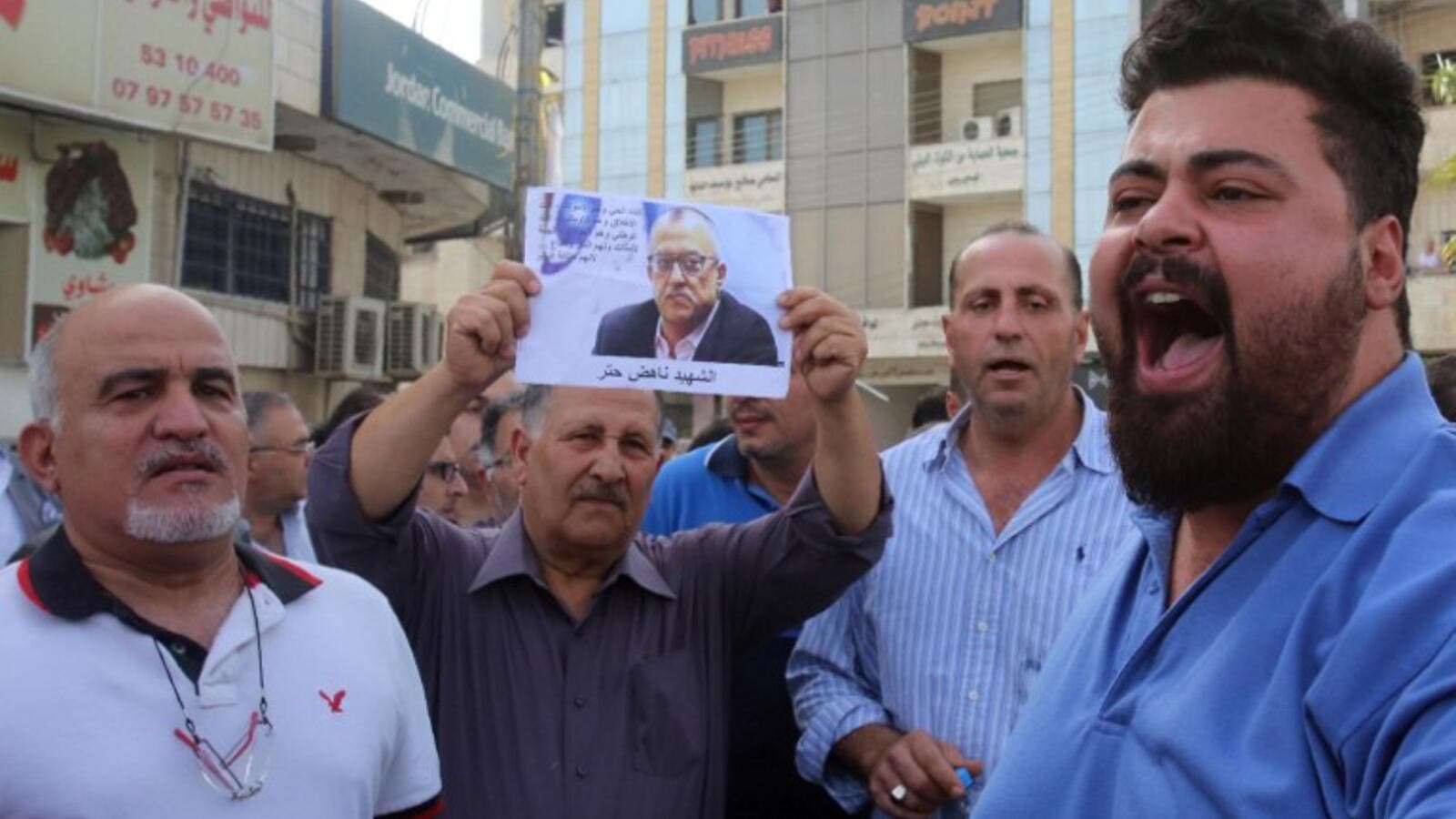 Demonstrators shout slogans during a demonstration in the town of Fuheis, 20km northwest of Amman on September 25, 2016, denouncing the killing of prominent Jordanian writer Nahed Hattar. (AFP/Khalil Mazraawi)

The Jordanian government on Sunday said it has identified 10 social media users to be referred to the concerned authorities for reportedly spreading hate speech in reaction to the killing of Jordanian writer Nahed Hattar.

"We monitor social media in general and today we noticed that 10 people were expressing hate speech and inciting hatred and sectarianism through social media and we decided to question them," a senior government official said.

The government official told The Jordan Times that "the government will continue to monitor social media, and anyone found to be inciting hate speech or sectarianism will be referred to the concerned authorities for further legal prosecution".

The Criminal Court prosecutor on Sunday charged the man suspected of killing Hattar with premeditated murder, and decided to refer him to the State Security Court.

At the same time, the official added, "the government will remain committed to safeguarding the right to freedom of expression as long as it does not lead to the spreading of hate speech or sectarianism".

Authorities have identified the shooter, who allegedly shot and killed Hattar on the steps of the Palace of Justice in Abdali earlier in the day, as Riad Abdullah, 49, a resident of east Amman.

Hattar, facing trial for sharing a caricature that was considered insulting to religious beliefs, was apparently on his way to attend a court hearing.