'We Are Ready to Help' - Libyan Quartet

The international Libya Quartet on Tuesday urged authorities in the country to step up their efforts to improve the security situation and build confidence, to help bring peace to the country and fully implement the ceasefire agreement. 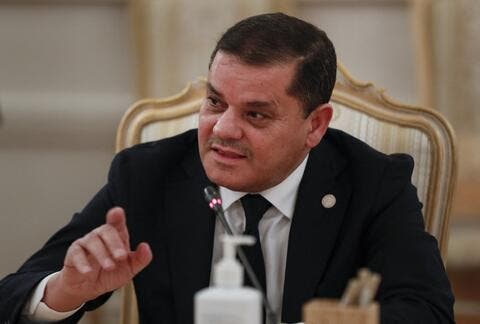 Will The UN Deploy Ceasefire Monitors in Libya?

The members of the Quartet — the League of Arab States, the African Union (AU), the EU and the UN — said they are ready to help with the 5+5 Joint Military Commission’s plans for a “robust, credible and effective” ceasefire monitoring mechanism.

On Friday the UN Security Council unanimously voted to send up to 60 international monitors to Libya to oversee the ceasefire, which was agreed in October between the two rival factions in the East and West of the country. Operational and logistical preparations for the mission are under way.

Secretary of State Blinken and Italian Foreign Minister Di Maio reaffirmed their support for the efforts of the Libyan people to restore unity to their country, hold national elections in December, and fully implement the ceasefire agreement.https://t.co/cmvMxx4c04

Speaking at the sixth meeting of the Libya Quartet, which was convened on Tuesday by the League of Arab States, UN Secretary-General Antonio Guterres said the monitoring team will initially be a “nimble” presence in the Libyan capital, Tripoli, but expand over time.

He also made it clear that after years of violence and suffering there is a window of opportunity for peace “but urgent and immediate actions are needed to make use of this narrow window.”

In a joint statement issued after the meeting, the Quartet members called for the “immediate and unconditional” withdrawal of all foreign forces and mercenaries from the country as a prerequisite for fully restoring Libyan sovereignty and preserving national unity.

They also condemned continual violations of the UN arms embargo on Libya, and the threat posed by armed groups and militias. They called for “the sustained implementation of measures to fully identify and dismantle these groups, and ensure the subsequent reintegration of those individuals meeting the requirements into national institutions as outlined in the ceasefire agreement … without delay.”

The meeting also included discussion of the possible deployment of AU, EU and Arab League observer missions, “at the request of Libya’s authorities, and if the requisite conditions on the ground permit,” to assist the National Elections Commission in its preparations for the presidential and parliamentary elections scheduled for December. 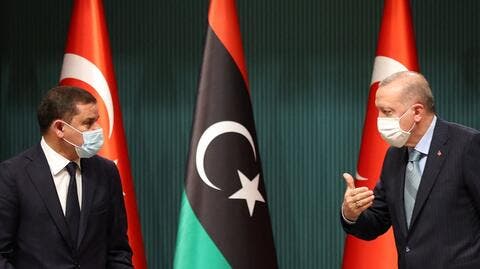 The importance of the elections taking place in “a favorable political and security environment, so that they are held in an inclusive, transparent and credible manner and where all Libyans commit to respect their results and integrity” was emphasized.

Participants also encouraged Libya’s new Government of National Unity, and other relevant institutions, to uphold their commitment to appoint women to at least 30 percent of senior executive positions, and to promote a national, rights-based reconciliation across the country.