Will The Arab Party in The New Israeli Cabinet Make Any Difference?

Published June 4th, 2021 - 05:04 GMT
Right-wing Israeli supporters of Prime Minister Benjamin Netanyahu gather during a demonstration against the coalition to form a government, in the Israeli city of Tel Aviv, on June 3, 2021.
Highlights
While Ra’am will not have any ministers in the government, it will head the Interior Knesset committee

Political foes of Israeli Prime Minister Benjamin Netanyahu on Thursday pushed for a quick parliamentary vote to formally end his long rule, hoping to head off any last-minute attempts to derail their newly announced coalition government. 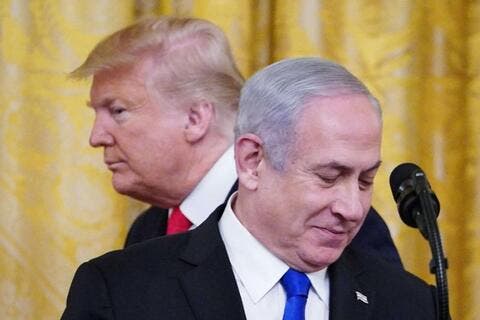 Opposition leader Yair Lapid and his main coalition partner, Naftali Bennett, have reached a deal to form a new government, mustering a majority in the 120-member Knesset.

In the political maneuvering, the signature on the coalition agreement by Mansour Abbas, head of the United Arab List (Ra’am), to be part of the new alliance has been hailed as historic.

#Israel’s opposition leader #YairLapid tells the president he has rallied the votes needed to form a coalition government to oust that of veteran Prime Minister Benjamin #Netanyahu.https://t.co/ZfNetGMNc3 pic.twitter.com/Bc7XNwof4w

At the same time, there is a chance that Ahmad Tibi and Osama Saadi from the Arab Movement for Change, which split earlier this year from Ra’am, could abstain from voting and that will help the new coalition to stay alive.

While Ra’am will not have any ministers in the government, it will head the Interior Knesset committee.

Issawi Freij, an Arab member of the Knesset from the left-wing Meretz party, will be minister for regional cooperation.

Palestinian citizens of Israel are expected to benefit economically from the coalition agreement. It includes $16 billion for developing Arab communities in Israel during the coming four years.

Ra’am has succeeded in putting a road map to legalizing unrecognized Arab towns in Israel and work on suspending house demolitions within the boundaries of the state of Israel.

Johnny Mansour, a Haifa-based university lecturer, said the new coalition aims to save the Israeli regime from its crisis. He said while the new coalition will open the way in the future for Arab parties — which in the past were opposed to the policies of Israeli governments — to be part of a new process, it is still unclear what will be the contribution of the coalition to the status of Palestinian Arabs in Israel.

UPDATE — For the first time in Israel's history, an Arab-Israeli party agrees to join a coalition government as Netanyahu era endshttps://t.co/ArnTWkLhGm pic.twitter.com/B2nqGp1gFS

Wadi Abunassar, director of the International Center for Consultation, said that the new coalition is “a historic achievement” for the entire Arab community. “This has given legitimacy to Palestinians in the so-called Jewish state.” 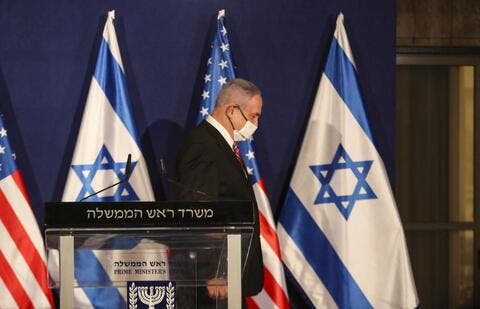 Abunassar said Netanyahu needs to be thanked for this breakthrough as “he paved the ground for allowing Ra’am to be part of an Israeli coalition, even if they are not directly represented in the government through ministers, they will head committees.”

Ofer Zalzberg, director of the Middle East Program at the Herbert C. Kelman Institute, in Austria, said that the presence in the coalition of an Arab-Palestinian party that draws inspiration from the Muslim Brotherhood offers unique opportunities and challenges.