What is India Up To in Kashmir?

Arrival of a large number of Indian paramilitary soldiers into the Indian-administered Kashmir during the past week has fueled speculations and fears in the region still reeling from the aftermath of Aug. 5, 2019 decision, when India scrapped its autonomy. 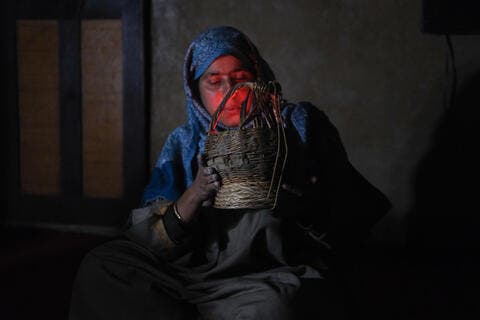 Why Are Thousands of Kashmiris Abstaining From Meat?

The scrapping of autonomy by the Indian parliament was preceded by a communications blackout and deployment of tens of thousands of soldiers on the streets of the contested Muslim-majority region.

An Indian soldier guarding a picket in Kashmir & a Pakistani soldier are friends. Will it last?
Watch the #Malayalam film #Picket43 on catch-up of @Surya_Movies at https://t.co/2H7jW9WrnR #YuppTVUS @PrithviOfficial 6
*Channel content is subject to regional availability pic.twitter.com/Zgohig0HrF

Indian officials then were tightlipped about the motives of the deployment. A day before the epochal development, then-governor of the state, Satya Pal Malik, had denied having any knowledge of what was coming.

On the main highway that connects Kashmir with India, long convoys of buses carrying paramilitary soldiers and trucks carrying supplies have been streaming into the disputed valley for the past several days.

Although army convoys pass several times a day on this highway, the arrival of new soldiers became conspicuous because the frequency of disruption of civilian traffic has increased. After the deadly highway bombing of 2019 on this highway, soldiers stop civilian vehicles every time their convoys ply on it.

Speculations fueled by the fresh arrivals range from the further division of the region to the escalation of border tensions between India and China in Ladakh.

On Aug. 5, 2019, the erstwhile state of Jammu and Kashmir was divided and downgraded into two centrally-ruled territories of Ladakh and Jammu and Kashmir. Viral social media messages talk of a number of possible ways Jammu and Kashmir could be divided into a Muslim-majority Kashmir and Hindu-majority Jammu and their administrative status thereof.

Other rumors making rounds include the possibility of holding elections for the local assembly after the reorganization of constituencies. At present, a panel is working on the rearrangement of seats, which could increase seats in the Hindu-majority areas and, therefore, tilt subsequent election results in favor of India's ruling Bharatiya Janata Party.

Abhiram Pankaj, the Srinagar-based spokesman of the Central Reserve Police Force, India's largest paramilitary force that controls the streets in Kashmir, told Anadolu Agency that the reinforcements are meant for strengthening security for the upcoming pilgrimage to the cave shrine of Amarnath in southern Kashmir.

"Only a small number of the forces who had returned to other states after 2019 has arrived in Kashmir. The local administration only wants to be ready for yatra (pilgrimage) if it happens this year," he said.

The 42-day pilgrimage is scheduled to begin on June 23. Last year, it was canceled because of the COVID-19 pandemic. But officials are yet to make a final decision on this year's yatra. In 2019, the Indian government had cited the threat to the pilgrims as the reason for canceling it midway, while sending in more soldiers to control the backlash.

Kashmir is held by India and Pakistan in parts and claimed by both in full. A small sliver of Kashmir is also held by China.

Arrival of large number of Indian paramilitary soldiers into Indian-administered Kashmir during the past week has fueled speculations and fears in the region still reeling from aftermath of Aug. 5, 2019 decision, when India scrapped its autonomyhttps://t.co/8TmZOF2MAz pic.twitter.com/74xYMM94jC

Some Kashmiri groups in Jammu and Kashmir have been fighting against Indian rule for independence or unification with neighboring Pakistan.

According to several human rights organizations, thousands of people have reportedly been killed in the conflict in the region since 1989.