Today, the Green family, owners of Hobby Lobby, will see their once treasured relic from ancient Mesopotamia handed back to Iraqis after a U.S. federal agency found that it had been improperly taken from its place of origin. 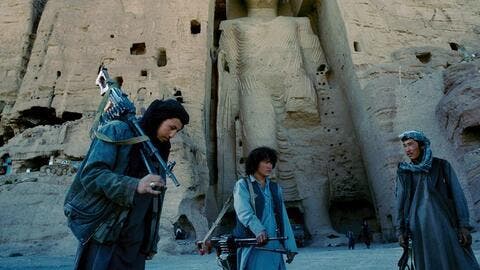 The Gilgamesh Dream Tablet was purchased by the Green family, who owns the chain Hobby Lobby, in 2014 to be displayed in their then-forthcoming Museum of the Bible in Washington D.C. It was originally sold in 2003 by the Jordanian art dealer Ghassan Rihani and changed hands several times before making its way to Christie’s auction house in London where it was sold to the Hobby Lobby’s founder David Green for $1.67m.

After the invasions of Iraq in 1991 and 2003, an enormous number of cultural artefacts were taken out of the country and sold to collectors around the world. Most famously, the Islamic State raised unknown millions - some suggest even billions - from the sale of antiques looted from museums and archaeological sites in Iraq and Syria.

Some of these artefacts have begun to be sent back to Iraq. In August, over 17,000 artefacts were recovered, including a large number that travelled with Iraqi Prime Minister Mustafa Al-Kadhimi on a flight from Washington D.C after a visit that month.

The return of the Gilgamesh Dream Tablet marks a small step towards justice for Iraqi culture, as the U.S. has withdrawn from its war in Afghanistan and U.S. President Joe Biden continues to suggest that he wants U.S. troops out of so-called “forever wars,” the handing back of stolen artefacts could go a small way to addressing the destruction brought upon Iraq by U.S. regimes and forces over the last few decades.

A false provenance was attached to the tablet that stated it was purchased in San Francisco in 1981. In fact, it seems that it was looted from Iraq following the first Gulf War in 1991.

The Green family have been fined over $3 million for their lack of due diligence on the provenance of the thousands of artefacts they purchased. It’s not my place to second guess what they did or did not know about the actual provenance of the Gilgamesh tablet or any other artefact in their possession during the period.

Nevertheless, there is something to be said about the attraction of Mesopotamian artefacts for evangelicals such as the Greens.

First, it’s important to remember the support garnered for Bush’s 2003 invasion by evangelical Christians. With the rise of George W. Bush’s presidency, evangelicals became increasingly dominant in the forming of U.S. foreign policy.

This has historical precedence. During the nineteenth-century U.S. expansion abroad was justified as a divine mission, and the mobilization of military, anti-Communist, and Christian organizations to fight the felt-threat of socialism was a key axis for various administrations during the twentieth century.

Although Bush’s press secretary later said that the president felt regret over his description of the “war on terror” as a “crusade,” and “any connotations that would upset any of our partners or anybody else in the world,” there was undoubtedly an extreme xenophobic element to the right-wing discourse surrounding the wars post-11 September 2001.

Two leading members of the Christian Right in the U.S. described the prophet, Mohammad, as “a terrorist” and “demon-possessed.” The head of the evangelical relief agency, Frank Graham, said: “We’re not attacking Islam but Islam has attacked us. . . . I believe it is a very evil and wicked religion.”

It’s amongst this loaded context that the Green family’s acquisitions can be understood. Although many in the political centre gain confidence for decrying acts of historical remembering (“forget the past, the future is bright” should always be read as a warning sign), the fact remains that all of us are entangled forms of remembered pasts and presents; we gain our understanding of ourselves and our place in the world from stories from family, friends, museums, the media, our teachers, and a thousand other sources.

The appropriation of modern-day Iraqi artefacts, then, served a solid political purpose. Within the maelstrom of war, the evangelicals were trying to return the U.S. public to their perceived Christian roots. The so-called evidence that the Gilgamesh tablet provided was a solid link between early accounts of a Biblical-style flood which corresponded with similar accounts in Genesis.

"Gilgamesh Dream Tablet to be returned to Iraq" posted by Nagendra Bandi. According to the United Nations Educational, Scientific and Cultural Organization (UNESCO), the formal handover of the Gilgamesh Dream Tablet will take place during a ceremony on Thursday at the Smiths… pic.twitter.com/FCEfkhOLTe 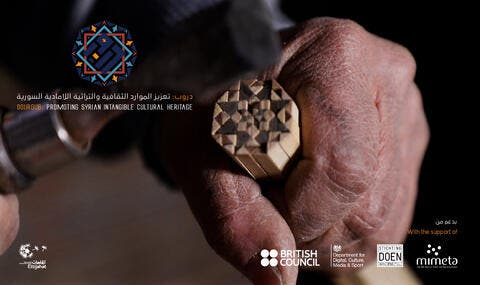 As one art news site has reported, “The poem was of interest to the Museum of the Bible because it also speaks of a great flood, similar to the story of Noah’s ark in Genesis, the first book of the Old Testament.”

And so it became that a billionaire family in the Christian Right became gatekeepers of Iraqi and Middle Eastern history. The artefacts had been co-opted to work for a specifically American political agenda, one that, incidentally, had interest diametrically opposite to those of the citizens of countries the U.S. had recently invaded.

History and the present walk hand-in-hand in modern war. The return of the Gilgamesh tablet will go some way to allowing for different interpretations of history. Interpretations that can serve the interests of people who live between the Euphrates and the Tigris today, and no doubt further afield.