What Will Happen if Vienna Talks Fail Again?

Published December 22nd, 2021 - 11:06 GMT
A third round of negotiations opens on April 27 in Vienna in an attempt to salvage the Iran nuclear deal, a new stage in the rocky discussions to get Iran and the United States back on track. / AFP / JOE KLAMAR
Highlights
US warns Iran with ‘other options’ if Vienna talks don't work.

The United States has once again threatened Iran with considering “other options,” if negotiations in the Austrian capital fail to restore the 2015 agreement, three years after the US itself pulled out of the deal and imposed draconian sanctions on Iran. 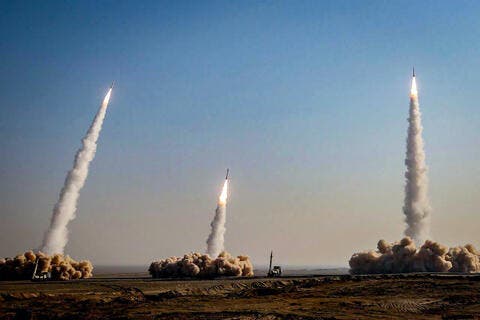 Speaking with CNN on Tuesday, US special envoy for Iran Robert Malley warned of a “period of escalating crisis” if diplomacy failed to restore the Joint Comprehensive Plan of Action (JCPOA).

The remarks came days after negotiators from Iran and the remaining parties to the JCPOA concluded the seventh round of talks in Vienna, aimed at bringing the US back into compliance with the agreement by removing its sanctions against Iran.

Provided that the US fully honors its obligations under the accord, Iran is also expected to reverse the steps it took in the aftermath of Washington’s illegal 2018 withdrawal and subsequent sanctions.

Referring to Iran’s retaliatory measures, Malley said,  “If they continue at their current pace, we have some weeks left [to restore the deal] but not much more than that, at which point the conclusion will be there’s no deal to be revived.”

“At some point in a not-so-distant future, we will have to conclude the JCPOA is no more and we would have to negotiate a wholly different deal and we would go through a period of escalating crisis,” he added.

Iran’s Foreign Ministry spokesman said on Monday that the parties to the Vienna talks reached two agreed-upon texts in the seventh round of talks.

Speaking at a weekly press conference, Saeed Khatibzadeh lamented that if the other parties had begun the seventh round of talks with the same positive attitude that they concluded the round, “we could have reached these texts sooner.”

However, the US, which is not allowed to directly attend the talks due to its withdrawal, has continuously said that time is running out to revive the JCPOA, threatening Iran with considering other options, which usually denotes military aggression, if it does not accept its excessive demands.

US Secretary of State Antony Blinken said on Tuesday that the US has a strong interest in reviving the deal, warning that if the Vienna talks fail, “then we are actively looking at alternatives and options.”

“I’m not going to put a time limit on it,” Blinken told reporters, but the remaining runway for a deal is “getting very, very, very short.”

He blamed the former American administration of Donald Trump for “the worst decisions made in American foreign policy in the last decade” by withdrawing from the accord in 2018.

“In getting out of that agreement, we were promised that it would be replaced by a stronger one … Instead, of course, we’ve seen just the opposite,” he said.

Russia’s lead negotiator at the talks, Mikhail Ulyanov, agreed with Blinken’s remarks, saying, “The decision to withdraw from #JCPOA was like shooting in one of US legs. It doesn’t matter if it was left or right leg.”

On the final days of the seventh round of the Vienna talks, American officials, in addition to their European allies, occasionally made somewhat positive assessments of the state of the progress in the ongoing negotiations, but they neutralized those remarks by repeating their past cynical words and warnings.

Last Friday, an unnamed senior State Department official said the seventh round of the talks “was better than it might have been, [but] it was worse than it should have been.”

Like Blinken, the senior US official also acknowledged that Trump’s withdrawal from the JCPOA was a “self-defeating” move, but again insisted that the responsibility is “very much on Iran’s shoulder” to restore the deal.

Iranian officials have dismissed the wavering change of tone as part of a psychological war against the country.

Spokesman Khatibzadeh said on Monday that the US and its allies are trying to influence the process of the talks.

“These announcements of optimism and pessimism are part of a psychological operation, and it is quite clear that they are the design of the European and American sides” to influence the negotiations,” he said. 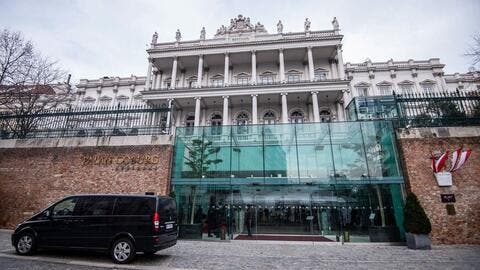 He made clear that Iran only seeks results and pursues the talks with goodwill.

Iran has made countless statements in over three years saying it will reverse its retaliatory steps once the US removes the illegal sanctions in a verifiable manner.