Published April 18th, 2021 - 08:01 GMT
Muqtada Al-Sadr called for his militia to disband in all but three cities. (AFP)
Highlights
Washington may accept the assistance of Muqtada al-Sadr in next Iraqi elections.

Informed Iraqi sources said that the Sadrist movement has begun to prepare for the upcoming Iraqi elections and that it will present itself to the US as a “moderate” movement and the best option in the Iraqi Shia community. 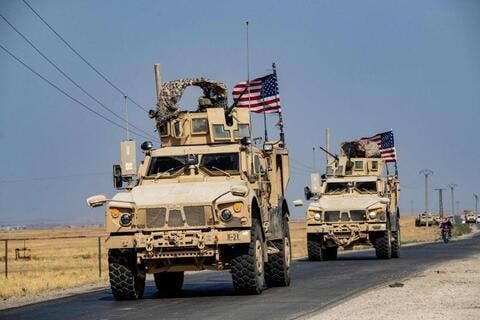 Washington Agrees to Redeploy US Troops in Iraq

The sources told The Arab Weekly that the Shia political spectrum is now divided between the pro-Iranian Popular Mobilisation Forces, accused by the US of responsibility for attacks targeting its forces in Iraq; the Dawa Party, which is internally splintered and the remnants of smaller formations, such as the Al-Hikma groups.

The role of traditional Shia parties will further diminish in the upcoming Iraqi elections in October; the intra-Shia competition in the next election is going to be between two blocs: Muqtada Sadr and Iran-aligned PMF groups.

An Iraqi source familiar with the movement’s internal discussions said, “The time for propaganda against American occupation is gone after the Sadrist movement had a taste of power. It has benefited from the quota system through the appointment of cabinet members in various positions and subsequently gained a level of influence within Iraqi state institutions that is similar to that wielded by the Dawa Party.”

He added that, “The leader of the movement, Muqtada al-Sadr, realises that the options of the United States are limited. There is no way to deal with the PMF, which is almost completely under the thumb of the Iranian Quds Force, nor with the Dawa Party, whose fortunes are eroding and which stands accused by many of its followers of corruption, nor with the smaller Shia groups that enjoy more popularity in the media than among political activists. The Sadrist movement has become the ‘moderate tendency’ despite all that happened during the past few years.”

Despite the endeavours of Iraqi Prime Minister Mustafa Al-Kadhimi to co-opt a large segment of the Shia electorate within the civil state, the Sadrist movement is betting on its popularity among the poor in major popular neighbourhoods of Baghdad, in addition to segments of the population in the central Euphrates and southern Iraq regions that are dissatisfied with the government.

Kadhimi has yet to flesh out his personal political plan even though time is running out for him.

It is unclear whether he will enter the election race as a separate political movement or whether Iran will allow him to operate politically outside the Shia grouping that is loyal to Tehran. This is especially so because the Iranians consider him to be close to Washington and to the West and hold him responsible for opening the door for the return to Iraq of the pan-Arabist policies.

The Kadhimi government has vowed to ensure “a fair voting election process under international supervision, far from the influence of arms,” but it would be difficult for the PMF militias to leave the scene without putting up a struggle.

The position of the Sadrist movement in relation to the political system in Iraq has evolved from attacking it for lack of legitimacy, when not prohibiting it altogether, to infiltrating Iraqi state institutions, the army and security services and exerting partial control over the powers of the prime minister.

The United States does not seem totally opposed to the option of backing to Sadr, as long as he is able to curtail the domination of the Popular Mobilisation Forces over the state, or confront Kadhimi’s reluctance to thwart the PMF’s daily challenge to the authorities in line with the Iranian policy of targeting US forces in Iraq with “light” strikes that do not provoke President Joe Biden’s administration and push it to a tough response against Iran or its militias.

Sadr often tries to suggest that he is outside the Iranian orbit in Iraq and that he deals with Tehran as an equal.

He stresses also that his late father, Muhammad Sadiq al-Sadr, saw himself as an Arab standing up to Iran’s hegemony over the supreme Shia authority of Iraq and whoever assumed it.

With the elections approaching, Nuri al-Maliki, who heads the State of Law coalition, is seeking to flirt with Sadr and bring him into the fold of Iran’s allies, minimising his differences with the populist leader.

Iraqi observers believe that Sadr may achieve good results in the upcoming elections by billing himself a “moderate” and keeping his distance from Iran. But he will nevertheless remain part of the “Tehran system” which controls the Iraqi scene and uses it regionally for its own purposes.

So I won't be allowed to vote in the next Iraqi elections because I don't physically reside in Iraq, while the dual nationals who destroyed the country and caused much of its displacement set the course for the elections, constitution, legislation,security, etc

Iraqi political analyst and writer Mustafa Kamel, believes, “Sadr is Iran’s most dangerous agent in Iraq (…) and the role assigned to him is limited to reshuffling cards and providing a lifeline to the political system, and this is the secret of his fluctuating positions and wavering between right and left.” 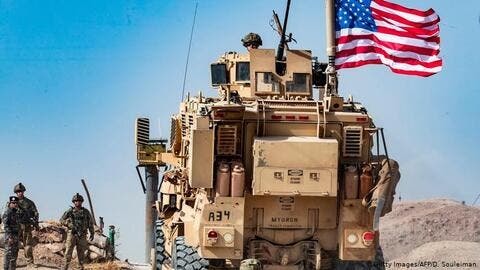 Anti-War Activist Accuses The US of 'Systematically' Destroying Iraq

Talking to The Arab Weekly, Kamel added that Sadr might win the elections “not because he enjoys support among the Iraqis, as he is widely rejected by them,  but because overt and covert bargaining, influence-peddling and foreign interferences might push him to the fore”.

He pointed out that, during the past few years, Arab efforts have been devoted to polishing Sadr’s image but he has failed to play a national leadership role as he quickly reverted to his usual sectarian and chaotic course.

Pregnant Perrie Edwards Have a Glimpse of Her Lavish Baby Shower

Kim Kardashian Ensured All Eyes Were on Her Jaw-Dropping Figure