All steps made to restore ties between Lebanon and KSA “won’t be implemented in practice before the Gulf Cooperation Council Summit,” al-Joumhouria newspaper said Wednesday. 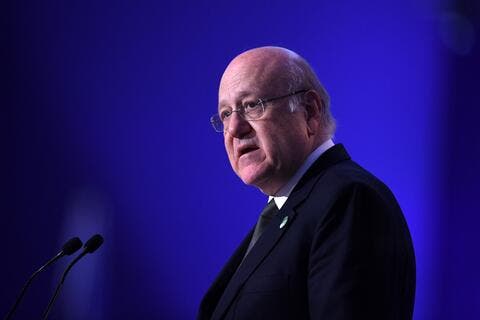 Lebanon: Miqati Aims to Do All He Can to Regain Arab Trust

The newspaper learned that the arrangements to normalize the relations between the two countries, based on French President Emmanuel Macron’s visit to Riyadh, won’t be applied until Crown Prince Mohammed Bin Salman finishes his Gulf tour.

Macron and Bin Salman had held Saturday a joint phone call with Prime Minister Najib Miqati during the French president's visit to the kingdom.

Macron later announced that there will be a Saudi-French initiative to resolve the Lebanon-Gulf diplomatic crisis.