WHO Backs The First Malaria Vaccine

The World Health Organization (WHO) on Wednesday has approved the wide rollout of the world's first malaria vaccine for kids after a two-year pilot program showed promising results. 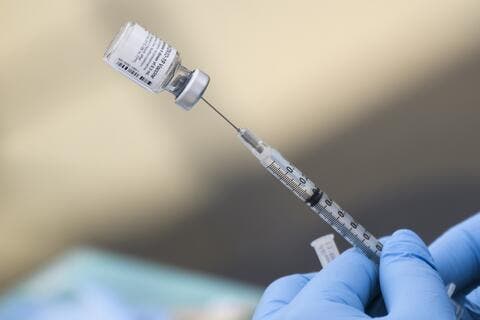 Pentagon: Civil Employees Must Get Full Vaccine Shots by Nov. 22

The RTS,S vaccine developed by GlaxoSmithKline has been in use in Ghana, Kenya and Malawi since 2019 as part of a pilot program to test its safety and efficacy. The vaccine was given to more than 800,000 children in the three countries.

Breaking News: The WHO approved the first ever malaria vaccine, which could save tens of thousands of children in sub-Saharan Africa. The quest for this vaccine has been underway for a hundred years, a WHO official said, and is a "historic event." https://t.co/i1hcYBhbvb pic.twitter.com/wTNg6xWmzU

The children were given three doses of the vaccine in monthly intervals starting about five 5 months to 6 months of age, with a final fourth dose about 18 months after the first.

Clinical trials of the vaccine, also known as Mosquirix, found that after the first three doses of the vaccine, malaria cases were slashed nearly in half in children between the ages of 5 and 17, and cut by 27% in infants between 6 weeks and 12 weeks old.

The vaccine's ability to protect against malaria infection begins to fade after a year, but when combined with other efforts, such as treated bed nets, researchers said it will be effective at reducing malaria cases and deaths.

The development of the vaccine was particularly difficult because it's the first to target a parasite in humans and not just bacterial or viral infections.

"This is a historic moment. The long-awaited malaria vaccine for children is a breakthrough for science, child health and malaria control," said WHO Director-General Dr. Tedros Adhanom Ghebreyesus. "Using this vaccine on top of existing tools to prevent malaria could save tens of thousands of young lives each year."

The WHO said more than 260,000 African children under the age of 5 die from malaria each year. The WHO recommendation is for the vaccine to be given to children living in regions with moderate to high transmission of the parasite as defined by the agency. 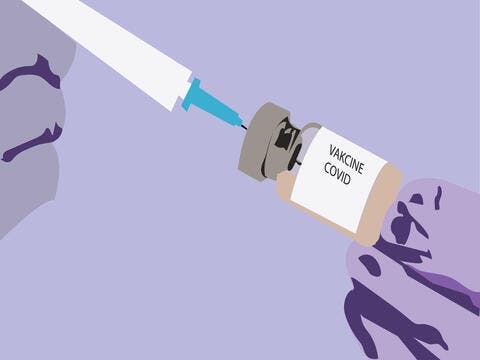 Why Will Two Million Israelis Will Lose Their 'Vaccine Passports'?

Children across much of Africa are to be vaccinated against malaria in a historic moment in the fight against the deadly diseasehttps://t.co/WXJjfJY39H

"For centuries, malaria has stalked sub-Saharan Africa, causing immense personal suffering," said Dr. Matshidiso Moeti, WHO regional director for Africa. "We have long hoped for an effective malaria vaccine and now for the first time ever, we have such a vaccine recommended for widespread use. Today's recommendation offers a glimmer of hope for the continent which shoulders the heaviest burden of the disease and we expect many more African children to be protected from malaria and grow into healthy adults."