Who Will Represent Afghanistan, Myanmar at The UN?

A UN committee on Wednesday delayed a decision on who will represent Afghanistan and Myanmar at the 193-member world body. 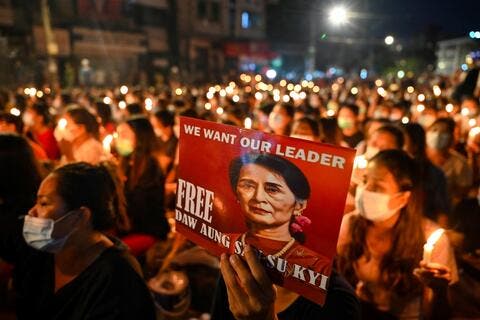 What Will Now Happen to Suu Kyi Myanmar?

Sweden’s UN Ambassador Anna Enestrom told reporters after a closed meeting of the General Assembly Credentials Committee which she chaired that the committee has decided to defer its decision on the credentials in these two situations.

The UN Credentials Committee keeps in place the current ambassadors for Myanmar and Afghanistan, meaning that neither the Myanmar junta nor the Taliban are officially recognized as their country's representatives at the UN. https://t.co/r9RyrMHIjM pic.twitter.com/9bya12ugvk

The announcement means that the representatives of the Afghan Taliban and Myanmar military junta will not be allowed into the world body for now.

The Credentials Committee, which consists of nine members, is mandated to examine the credentials of representatives of member states and to report to the General Assembly thereon.

The Taliban, which seized power in mid-August from the internationally recognized government, has nominated its Doha-based spokesman Suhail Shaheen as Afghanistan's UN ambassador.