After Bashir: Why The World Should Keep an Eye on Sudan

The news that a long-awaited constitutional declaration was being finalised between the Sudanese Transitional Military Council and the opposition Forces of Freedom and Change (FFC) coalition was greeted with ecstatic celebrations on the streets of Khartoum.

Yet on Twitter, the social media platform which has done much to organise, publicise and analyse the waves of popular protest which have swept the country since late 2018, a note of cautious realism was easy to detect.

Rallying around the hashtag ‘#KeepEyesOnSudan’, activists encouraged foreign and domestic observers to continue to closely monitor the ongoing political situation in the troubled North African nation. The power sharing agreement officially struck last Sunday should be treated as the beginning rather than a conclusion on the country’s difficult path towards democracy.

A protest movement leader, Ahmed Rabie and the Deputy Leader of the ruling Military Council, General Mohamed Hamdan Dagalo, often known as Hemeti, signed a preliminary declaration agreeing to a power-sharing arrangement to last for 39 months. A sovereign council, cabinet and legislative body are to be formed.

The executive branch of government, the sovereign council, is to comprise 11 members, 6 civilians and 5 military representatives. A military leader will head the council for the first 21 months, and a civilian leader for the next 18 months. A cabinet of technocrats is to be chosen by the protestors. 67% of the members of the legislative body are to be chosen by the FFC, whilst the remainder would be selected by parties that were not part of the government of ousted dictator Omar al-Bashir.

During the transition period, the important defence and interior ministers will be chosen by the military. The agreement will be finalised on August 17, after which a new Prime Minister will be named by the FFC on August 20 and a cabinet on August 28. Reflecting significant social changes in Sudan, 40% of seats in the legislative assembly are to be filled by women.

Constitutional declarations on rights and freedoms largely reflect the demands of Sudan’s large pro-democracy protest movement. Equality before the law, an abolition on torture and arbitrary arrest, women’s advancement and rights to free assembly, expression and internet access are to be constitutionally enshrined. 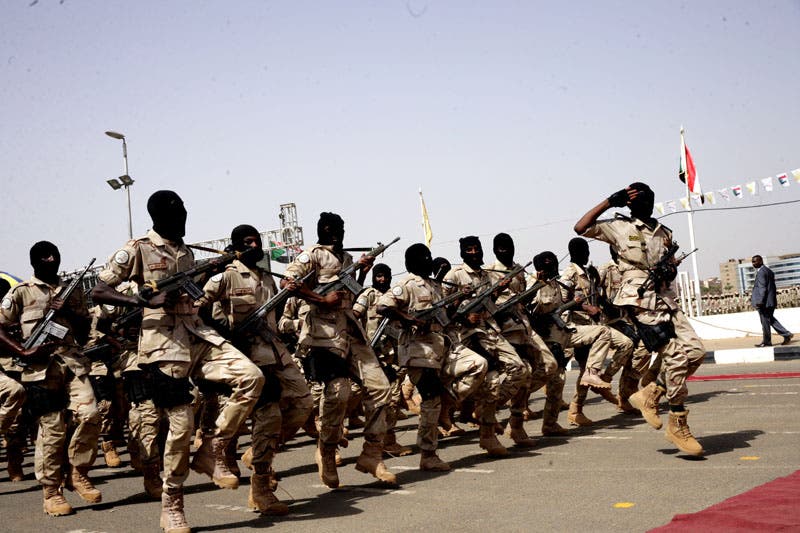 The document stipulates holding members of the former regime accountable for crimes committed against the Sudanese people and trying Mr al-Bashir late in August on corruption charges. Perhaps most importantly, it vows to bring the Rapid Support Forces (RSF) a notorious paramilitary group loyal to Mr Dagolo, which grew out of the Janjaweed militias widely held responsible for the atrocities perpetrated in the Darfur region since 2003, under increasing scrutiny for its role in the massacre which left 100 dead in Khartoum in early June.

Given the gloomy outlook shared by commentators and protestors on a post-Bashir Sudan, the constitutional agreement appears a remarkable achievement and reflects the fearless devotion of pro-democracy protestors in the face of repeated overwhelming displays of violence by the country’s well-resourced security services.

Yet the constitutional declaration marks the first tentative steps on a difficult road towards democracy. Madani Abbas Madani, a leading member of the FFC told reporters on Sunday: ‘This deal cannot fulfil all the people’s demands. Challenges are there and will continue to exist for the civilian government. We have a regime which has ruled for 30 years and the system is deeply entrenched’. The challenges faced by the new political apparatus are formidable.

Hopes for a new era of justice and transparency were symbolically dashed as bloggers reported the shooting of a 25-year-old activist, Yasser Said, protesting against recurrent power shortages by security forces in the northern city of Dongola on Sunday evening.

Fractures have begun to emerge amongst the opposition coalition, with the sizeable Sudanese Communist Party rejecting negotiations with the military due to the involvement of Mr Dagolo and the failure to secure a commitment to the dissolution of the country’s numerous militias. The long transition period between power-sharing and civilian rule will leave many democrats dissatisfied and the exclusion of Islamist groups loyal to the former regime from the political settlement may prove counterproductive in a deeply religious society.

the immediate catalyst for his overthrow in April was economic

Although political protest had been motivated by a desire for democracy and political representation under Mr al-Bashir’s presidency, the immediate catalyst for his overthrow in April was economic. The combined effects of long-term economic sanctions, decreases in commodity based earnings and political corruption had long kept wages stagnant and prices high.

Rampant inflation and economic deprivation pushed Mr al-Bashir from office, yet any potential successor will face a litany of economic challenges. The incoming government faces an $8.7 billion trade deficit; the state is in arrears of $1.3 billion to the IMF; and, having lost 75% of its oil fields following the secession of South Sudan in 2011, resource rents have declined sharply. An increasingly prominent gold industry has compensated for financial shortfalls but much of the country’s gold is smuggled illegally to Libya, Chad, or directly by plane to the Gulf states.

The incoming government faces an $8.7 billion trade deficit; the state is in arrears of $1.3 billion to the IMF; and, having lost 75% of its oil fields following the secession of South Sudan in 2011, resource rents have declined sharply

Sudan’s strategic location, particularly its Red Sea coast provides the basis for economic development but also makes it an important sphere of competition for regional rivals. Turkey and Qatar have signed a deal worth $4 billion to support Sudan in the development of the Port of Suakin, whilst Saudi Arabia and the United Arab Emirates have deposited $250 million into Sudan’s Central Bank and pledged $3 billion in development aid.

Exploiting rivalries in the Gulf may furnish a range of short-term financial and logistical benefits, but also exacerbates domestic instability as foreign rivals seek to back competing local actors and advance their own interests at the expense of the Sudanese people.

Sudan has made substantial progress since the ouster of Mr al-Bashir and its young, energetic and optimistic population has shown significant mettle in demanding change in difficult circumstances. Yet the world’s eyes must remain on Sudan to ensure that it avoids the predations of autocracy that have dealt lasting blows to democracy’s advance in the region.

Simon Cowell Will Ditch His New Electric Bike after Accident