Iran announced its decision to return to talks on its nuclear program next month, the country's top nuclear negotiator revealed Wednesday, but it's unclear if the United States will participate. 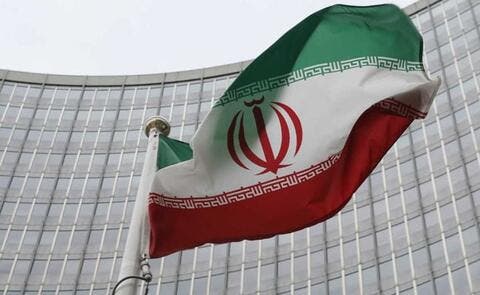 The Iranian official, Ali Bagheri Kani, tweeted that he agreed to restart negotiations before the end of November, with a specific date set to be announced next week. He also didn't reveal what other countries would attend the talks, but the Biden administration has previously said it wants to be involved in negotiations, The New York Times reported.

Iran says negotiations to revive the 2015 nuclear deal will resume before the end of November and a date for the big-power talks will be announced next week https://t.co/EjwKUkFQsm

Talks to reinstate the 2015 Joint Comprehensive Plan of Action -- known casually as the Iran nuclear deal -- were stalled in June after Ebrahim Raisi won Iran's presidential election. The JCPOA, signed by Iran, the United States, China, Germany, France, Russia, Britain and the European Union, lifts sanctions on Iran in exchange for the country limiting its nuclear program.

Raisi urged the United States to lift sanctions put in place after former President Donald Trump withdrew from the JCPOA. Raisi said Iran wouldn't return to international talks over its nuclear plan until the sanctions were removed, and he didn't consider it necessary to meet with President Joe Biden.

Iran stopped complying with the JCPOA after Trump withdrew from the agreement.

Iran has agreed to renew negotiations with world powers aimed at resurrecting its nuclear deal before the end of November, its top nuclear negotiator says https://t.co/fUMVHuqFEW