Will Israel be Able to Form a Strong Coalition Government?

Published June 11th, 2021 - 06:23 GMT
After weeks of political wrangling the Israeli parliament is set to vote Sunday on whether to install a "change" coalition and end Prime Minister Benjamin Netanyahu's record 12 consecutive years in power. Menahem KAHANA / AFP
Highlights
3 possible scenarios for ‘change bloc’ government, which is set to be approved Sunday if it maintains 61 seats in Knesset

Barring a last-minute surprise, Israel’s opposition coalition is likely to get the 61 votes it needs to win the confidence of the 120-member Knesset, or parliament, on Sunday. 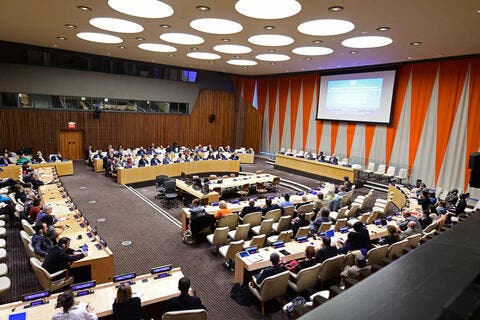 But the opposition's so-called ‘change’ government needs to retain all of the votes and settle all pending differences on the issue of settlements in the Palestinian territories.

Three centrist parties are also part of the ‘change’ bloc. They include the ‘There is a Future’ party headed by Yair Lapid with 17 seats, the Blue and White party headed by Benny Gantz with eight seats, and the Labor Party headed by Merav Michaeli with seven seats.

In addition, one left-wing party, Meretz, headed by Nitzan Horowitz with six seats, completes the bloc.

The coalition also enjoys the support of the United Arab List headed by Mansour Abbas, with four seats.

In the event that the coalition wins the Knesset’s confidence, Bennett and Lapid will take turns occupying the country’s premiership, with each leading for two years of the four-year term.

Meanwhile, the opposition parties have accused Israeli Prime Minister Benjamin Netanyahu of trying to incite right-wing lawmakers against granting confidence to the coalition. Netanyahu accused the opposition of being leftist and posing a danger to Israel's security.

This fragile alliance sets the stage for three scenarios on Sunday.

The first scenario, which is the most preferred by the ‘change’ bloc, is to maintain its 61 votes -- the threshold needed to gain the confidence of the Knesset.

The second scenario, which works best for Netanyahu, is if he is successful in persuading one or more members of the right-wing parties participating in the opposition coalition not to vote for it, its chances of winning the confidence of the Knesset will be blocked.

Netanyahu had publicly urged deputies of right-wing parties not to vote in favor of the coalition.

If he is successful in blocking the opposition coalition’s attempt to gain the Knesset’s confidence, the Knesset will have to set another date for elections.

The third scenario is if another Arab party votes alongside the United Arab List for the ‘change’ bloc and Netanyahu succeeds in attracting one or two representatives from the right wing to support him.

Besides the United Arab List, there are three other Arab parties with a total of six seats in the Knesset and who have run in elections under a single bloc called the Joint List.

While two of the parties that form the bloc, the Democratic Front for Peace and Equality and the National Democratic Gathering, made it clear that they would not support the opposition coalition, the Ta’al party headed by Ahmed al-Tibi remained mum.

The Ta’al party has two Knesset members, which enables it, if it wants, to save the ‘change’ bloc in case Netanyahu succeeds in winning the support of one or two representatives from the right-wing parties currently in the ‘change’ bloc.

Bennett's announcement that he will team up with Lapid could spell the end of Netanyahu's long reign in Israel -- if the unlikely opposition coalition of mixed ideologies can pull it off. ⁦@PatrickKingsley⁩ https://t.co/Lrl9g8PTIX

Parties forming the new government have until Sunday to make a decision among themselves on the policy they will adopt regarding settlements in the Palestinian territories.

According to the Jerusalem Post, the dispute concerns the Israeli side that will supervise the restriction of Palestinian construction in Area C in the West Bank.

Area C constitutes about 60% of the area of the West Bank and falls under full Israeli security and civilian responsibility.

According to the existing system, the Israeli Ministry of Defense is responsible for everything related to settlement in the Palestinian territories, including restricting Palestinian construction in Area C. 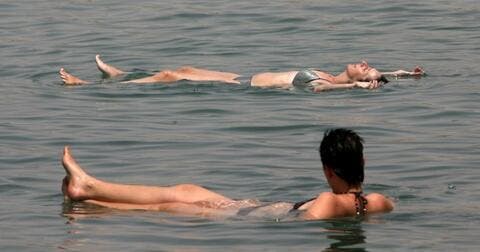 But the New Hope party is demanding more restrictions on Palestinian construction.

Observers, however, believe the fragility of the coalition and the political disagreements among its parties make it likely that it will not last long.