Will Lebanon's May Elections Restore Calm?

The dispute between Lebanese President Michel Aoun and Parliament Speaker Nabih Berri has disappointed those who hoped their row would subside and that Cabinet would convene, as sources close to the prime minister said that this year’s budget was ready and the government should take action. 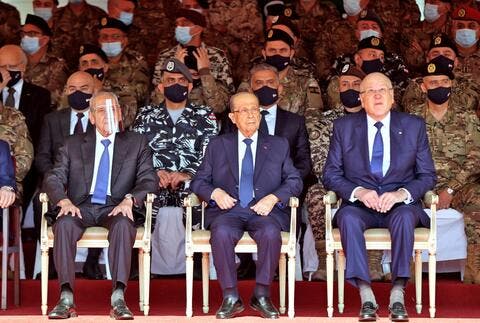 Hezbollah and its ally the Amal Movement have been refusing to allow the Cabinet to meet since Oct. 12, demanding the removal of a judge who is investigating 2020’s devastating explosion at Beirut Port.

A general election in Lebanon will be held on May 15. https://t.co/OLeWIMkWdI

With Parliament expected to convene in an extraordinary session starting Monday, politicians appeared to mourn the Aoun-Berri settlement, which they felt was “stillborn.”

MP Ali Darwish said that Prime Minister Najib Mikati was counting “on the sense of patriotism of those boycotting Cabinet sessions to attend.”

Darwish is a member of the Independent Center bloc headed by Mikati.

“The discussion of the budget is a constitutional right that cannot be avoided,” Darwish told Arab News. When Mikati received the budget from the Ministry of Finance, he would call for a Cabinet session to study it and refer it to Parliament, the lawmaker said.

“I think that attending the Cabinet session is necessary. Discussing the budget is a crucial constitutional duty to meet people’s needs and approve spending policy,” he added.

Sources close to Mikati said that the budget was ready and the government should take action, which necessitates a Cabinet session and opening an extraordinary session of Parliament since legislation is required to keep pace with the work of the government.

The country’s election law has entered into force, and the Ministry of Interior has decided that elections will be held mid-May.

The Lebanese people and the international community are counting on these elections to bring about change in the ruling authority.

That Aoun requested to include an item related to the election law on the agenda of parliament’s extraordinary session has raised questions about the possibility of disrupting these elections under the pretext of making new amendments.

“The election law is now in effect and any amendment cannot be related to the date of holding the elections,” said Darwish.

Darwish said the fact that the Constitutional Council failed to accept Aoun’s appeal challenging the amendments to the election law meant it had approved the law as it was and Parliament would therefore not allow any amendment that would delay holding the elections.

The head of the Lebanese Forces party Samir Geagea announced on Saturday “a comprehensive partisan mobilization in order to fight the next electoral battle.”

In a partisan meeting, he called “to unleash campaigning efforts and to transform all party bodies into a mobilized electoral machine, since the electoral process is the only means to achieve national salvation.”

The Lebanese Forces party is the first political party to openly launch its electoral battle in the country.

Workers helping to run the legislative election will head to the polls on 12 May, while Lebanese citizens abroad will vote on 6 and 8 May, according to Lebanon's presidency. 👇https://t.co/obMixbfrV0

“It is a battle that the Lebanese need to win to get rid of the dire reality that the alliance between Hezbollah and the Free Patriotic Movement has brought upon the country,” Geagea said. “The chances of success are very great as public opinion has significantly shifted.”

He said the people had “sensed the danger” posed by an authority that only cared about its interests and “deliberately” led the country to collapse.

Geagea ruled out the possibility of disrupting the elections.

“We will confront any such attempt and the Lebanese army, along with other security forces, is able to guarantee elections are held in the best possible way.”

While it remains unclear how to get people to even start thinking about voting in the absence of a social protection network for the poorest and needy families in light of Lebanon’s worsening economic collapse, the efforts of security services are focused on prosecuting illegal financial practices that manipulate the exchange rate and prosecuting gangs of robbers.

The Higher Banking Commission announced that it would start issuing warnings prior to writing off the licenses granted by the central bank to 188 money changers for their lack of commitment to registering dollar-buying and selling transactions on the Sayrafa platform. 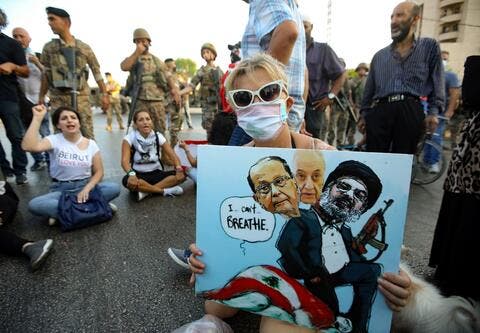 The Lebanese Army Command announced: “A patrol from the Military Intelligence Directorate, supported by a force from the army, raided the homes of two Lebanese citizens in the Ghobeiry area in the southern suburbs of Beirut and arrested them for forming a gang that carried out armed robberies and sold weapons, in addition to participating in the Tayouneh incidents on Oct. 14, 2021, assaulting peaceful demonstrators, provoking riots and blocking roads."

It said ammunition, military equipment and drugs were seized from the house of one of the arrested individuals.