Will The Myanmar Crisis Cause A New Refugee Wave?

The crisis in Myanmar may lead to new refugee wave, warned an expert.

"The important thing that the flow of the refugees will not be the same as we have seen in the past," said Lilianne Fan, the co-founder and International Director of the Aceh-based NGO Geutanyoe Foundation.

"And I think we should not forget that the region has been active smuggling and trafficking roots, they have been already established," Fan told Anadolu Agency. 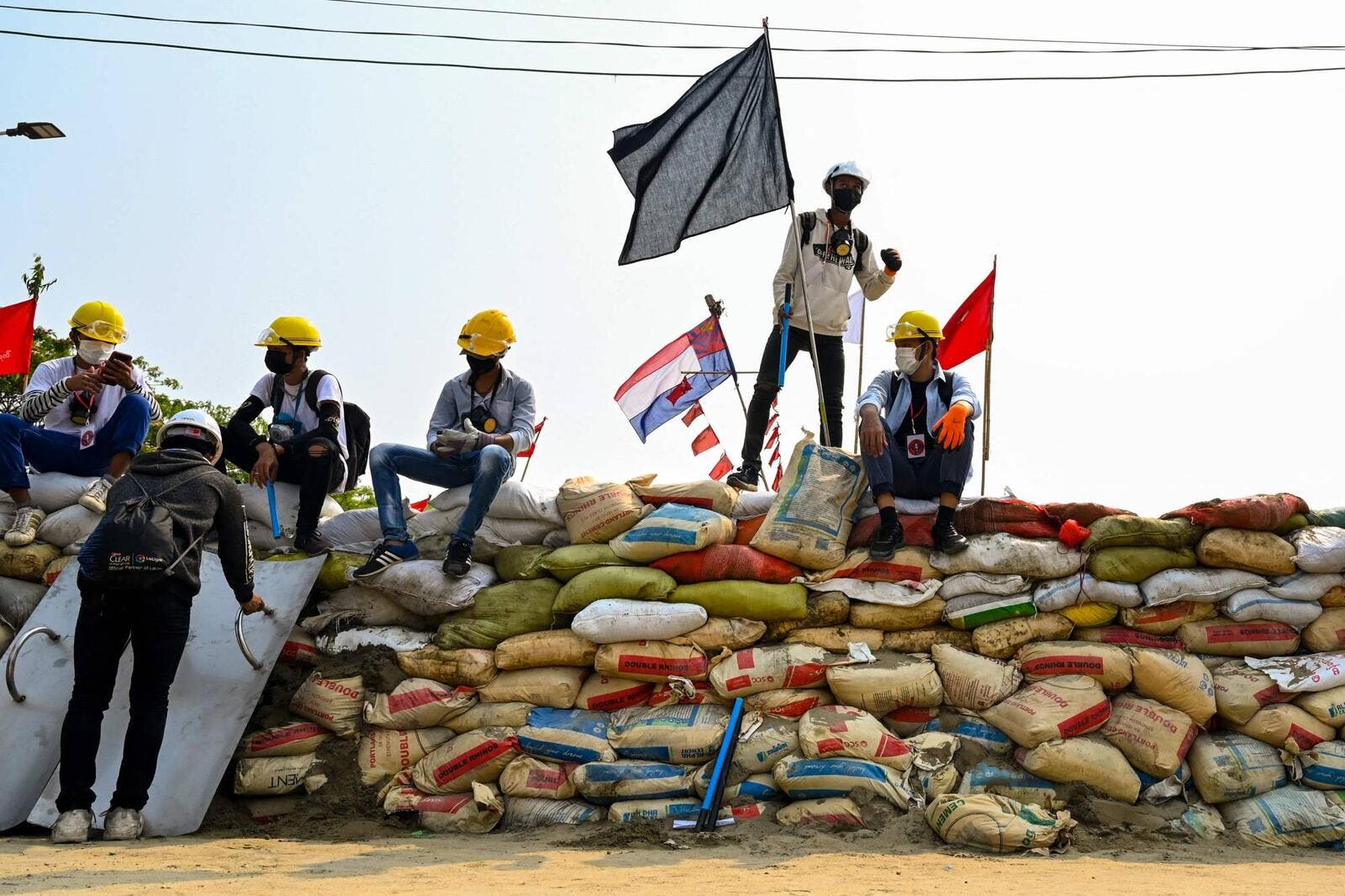 "We really take it seriously as a region, particularly in the time of COVID-19 pandemic," she added.

"Preparations have to be made. It makes much more sense to the government to discuss this and actually make real preparations rather than ignore it as an issue," Fan noted.

"The impact on the refugees in the region, especially in Malaysia, I think is going to be very severe," she added.

"I think the number one thing is we can definitely see already is there are people from Myanmar who are trying to leave and some of them who have already left," she explained.

"So the increase of the civilians leaving to seek protection outside the region including in Malaysia but also other countries in the region such as Thailand and Bangladesh and even China is already started to increase," she said.

According to Fan, some humanitarian organizations estimated that around 5,000-10,000 or even tens of thousands might cross the border.

Last month, Myanmar's army ousted the elected government of Aung San Suu Kyi, arresting dozens of leading figures from the ruling National League for Democracy (NLD) party along with Suu Kyi. In response to the coup, civilian groups across the country launched a civil disobedience campaign with mass demonstrations and sit-ins.

As many as 510 people have been killed in Myanmar in a military crackdown against anti-coup protests, said a human rights group on Tuesday.

According to a report by the Assistance Association for Political Prisoners, the victims include children, teachers and young people.

On the situation in Myanmar, Fan said: "In some ways [it] was a little bit surprising but in otherwise was not surprising at all."

"I would say that the military as we know in Myanmar the Tatmadaw actually designed the entire process of transition to democracy," she explained.

"So in some ways, they had already accepted the fact that there would be elections to be held, and they are very likely wouldn't be the winners of those elections," she said.

"So the question is why did the military now decide that it would not accept the result of this particular election," she asked. "It is very luckily the NLD would be the victor in the elections that they didn't really expect such a landslide for the NLD."

She explained why that would be a treat to them by saying: "The reason would be because the NLD and some of the other parties as well have campaigned for a reform for the constitution."

"A reform of the current constitutions, the 2008 constitution, that would actually be a significant threat to the military because it is in the constitution currently that dictates that that military holds 25 percent of seats in the parliament for example, that has control of the three of the most critical ministries.

"And it secures the centrality of the military in the government administration within Myanmar," she added.

"So the fact that there has been campaigning and efforts to try to call for reforms of that constitution that is one of the main threats to the military," she noted.

"The current commander of chief, General Min Aung Hlaing, saw that lobby for the constitutional reform has been becoming stronger. It also has very much with the personalities."

"Their positions have become increasingly polarized, and both sides have just been unwilling to compromise in any way," she added.

She explained that the military "maybe would have been willing to allow for an NLD government if it was able to claim a few more seats," but she added that the NLD was also "really reluctant and refused outright to the military even to start any of that negotiations."

According to Fan, it is very interesting to "see what is happening with the demonstrations because this was something that the military really did not expect at all."

"I think what the most interesting thing about it that it is actually a vast and diverse sector of the society," she said.

"Civil disobedience movement is actually a vast movement and it is not only people on the streets, but it is also a lot of civil servants who are staying at home, who […] who staying at home in protest, who are striking and refusing to go to work."

According to Fan, this in a way "paralyzing the military regime to an extent."

"It started to become more and more effective. The last estimates we have are at least about 75 percent of civil servants are participating in this civil disobedience movement," she added.

She also mentioned the process of forming an interim government by the representatives of the NLD and some ethnic armed groups.

"They have a deadline which is a few days. If they don't form an interim government before the 31 of March, then the coup will become legitimate under the Myanmar law," she said.

"Because from the time the election to 31 of march that is the time to form a new government and they have already the agreement of quite a few ethnic armed groups, but they are still working for a few others."

"So it is going to be very key to see what happens in the next few days to see if a new interim government declared by the CRPH [Committee Representing Pyidaungsu Hluttaw] will be supported, how much support they will have? The military regime won't give immediate legitimacy to them, but of course, people will give legitimacy to them," she added.

Fan believes it is a time there is a lot of "rethinking from the NLD part on how it needs to engage with this groups."

"It knows that it needs these ethnic groups to support as well, including the Rohingya, to be able to advance an alternative and to get the support of a new type of government."