Published March 23rd, 2022 - 09:13 GMT
Venezuelan deputy and vice-president of the United Socialist Party of Venezuela (PSUV), Diosdado Cabello, speaks during a meeting with social movements at Carabobo Park in Caracas, on November 10, 2021. (Photo by Pedro Rances Mattey / AFP)
Highlights
Why don’t they take the opportunity to decocainize Colombia to see what’s left after that,’ says Diosdado Cabello

Diosdado Cabello, vice-president of Venezuela´s Socialist Party and the number two man in Nicolas Maduro's government, suggested Tuesday that a military operation similar to Russia’s in Ukraine should be carried out in Colombia. 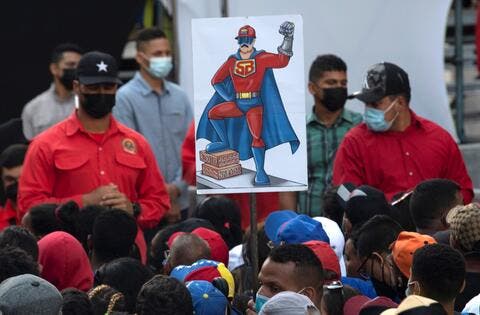 “From what happens in Ukraine, new world order is going to emerge. Well, I am not an expert on the subject but the more time passes, the worse it will be for Nazis of Ukraine, because the denazification will be rooted out," Cabello said during his weekly news conference. "Why don’t they take the opportunity to decocainize Colombia to see what’s left after that.”

One of Maduro's top people in the National Assembly, Diosdado Cabello, is suggesting that #Venezuela take military action against #Colombia, much like Russia is currently doing in Ukraine. Even if he's joking, words still cannot express how monumentally stupid it is to say that. https://t.co/uVjfvWI8ri

Cabello has justified the aggression ordered by Russian President Vladimir Putin, an ally of Maduro, against Ukraine.

Maduro has sided with Moscow since the war broke out.

“Venezuela announces its full support to President Vladimir Putin in the defense of Russia's peace,” Maduro said hours after ​​Russia began its war on Ukraine. "Venezuela is with Putin, with Russia, with the brave and just causes of the world, and we are going to strengthen our alliance more and more."

Cabello´s remarks come weeks after a delegation from Washington met Maduro in Caracas to discuss “energy security” as the US government seeks to isolate Russia.

Diosdado Cabello hinted at an operation to “decocainize” Colombia similar to the invasion of Ukraine - Infobae https://t.co/TZxxs6aqgn @JackPosobiec @marklevinshow @EpochTimes @JudgeJeanine @NTD_Esp @seanspicer @Almagro_OEA2015 @MaryAnastasiaOG @seanhannity IT IS NO JOKE

Colombian President Ivan Duque has rejected the Russian operation and aligned himself with other countries in the region to support Ukraine. 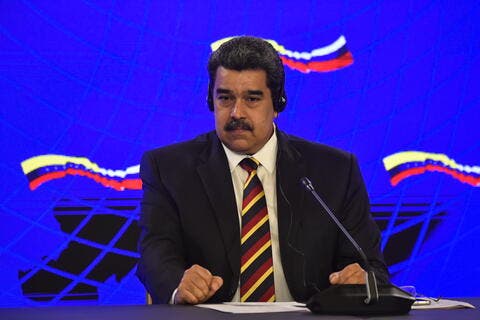 Duque is scheduled Tuesday to hold a conversation with his Ukrainian counterpart, Volodimir Zelenskyy.

The Colombian president has said that in the face of any provocation from a neighboring country, the nation is prepared to respond.