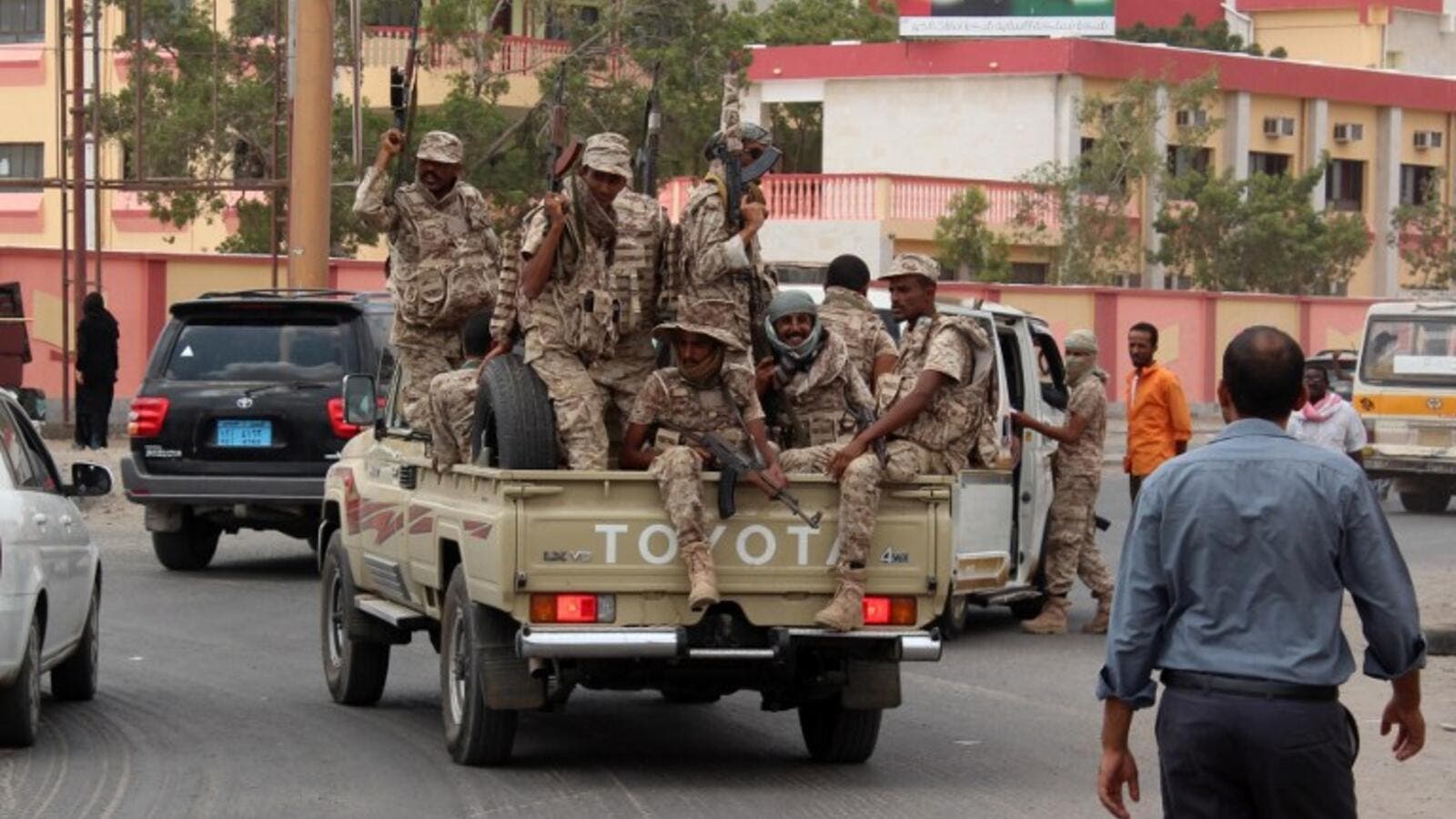 Loyalist forces drive on a main road in the Mansoura residential district of Yemen's second city of Aden after they pushed Al-Qaeda out of parts of the southern city on March 30, 2016. (Saleh al-Obeidi)

Pro-government forces and the national army have recaptured a military site held by Shia Houthi rebels in Yemen’s Al-Jawf province near the Saudi border, a pro-government source told Anadolu Agency on Sunday.

Speaking by phone, the source said that the Yemeni army and pro-government "popular resistance forces" had managed to seize control of the Al-Zallaq site in Al-Jawf following fierce clashes with Houthi fighters.

"The army and resistance forces have also progressed towards other sites in the Al-Hadaba area," the source, insisting on anonymity, added without elaborating.

Abdullah al-Ashraf, a spokesman for the pro-government "resistance" in Al-Jawf, told Anadolu Agency last week that some 80 percent of the province was now under the control of pro-government forces.

In recent months, Al-Jawf has seen fierce clashes between forces loyal to Yemeni President Abd Rabbuh Mansour Hadi on one hand and the Houthis and their allies on the other, during which the former reportedly managed to retake a number of strategic positions from the latter -- including Al-Hazm, the provincial capital.

Yemen has remained in turmoil since September 2014, when the Houthis and their allies overran capital Sanaa and other parts of the country, forcing Hadi and his government to temporarily flee to Saudi Arabia.

According to the UN, more than 6,000 people have been killed in Yemen -- about half of them civilians -- since the Saudi-led coalition began its military campaign one year ago.