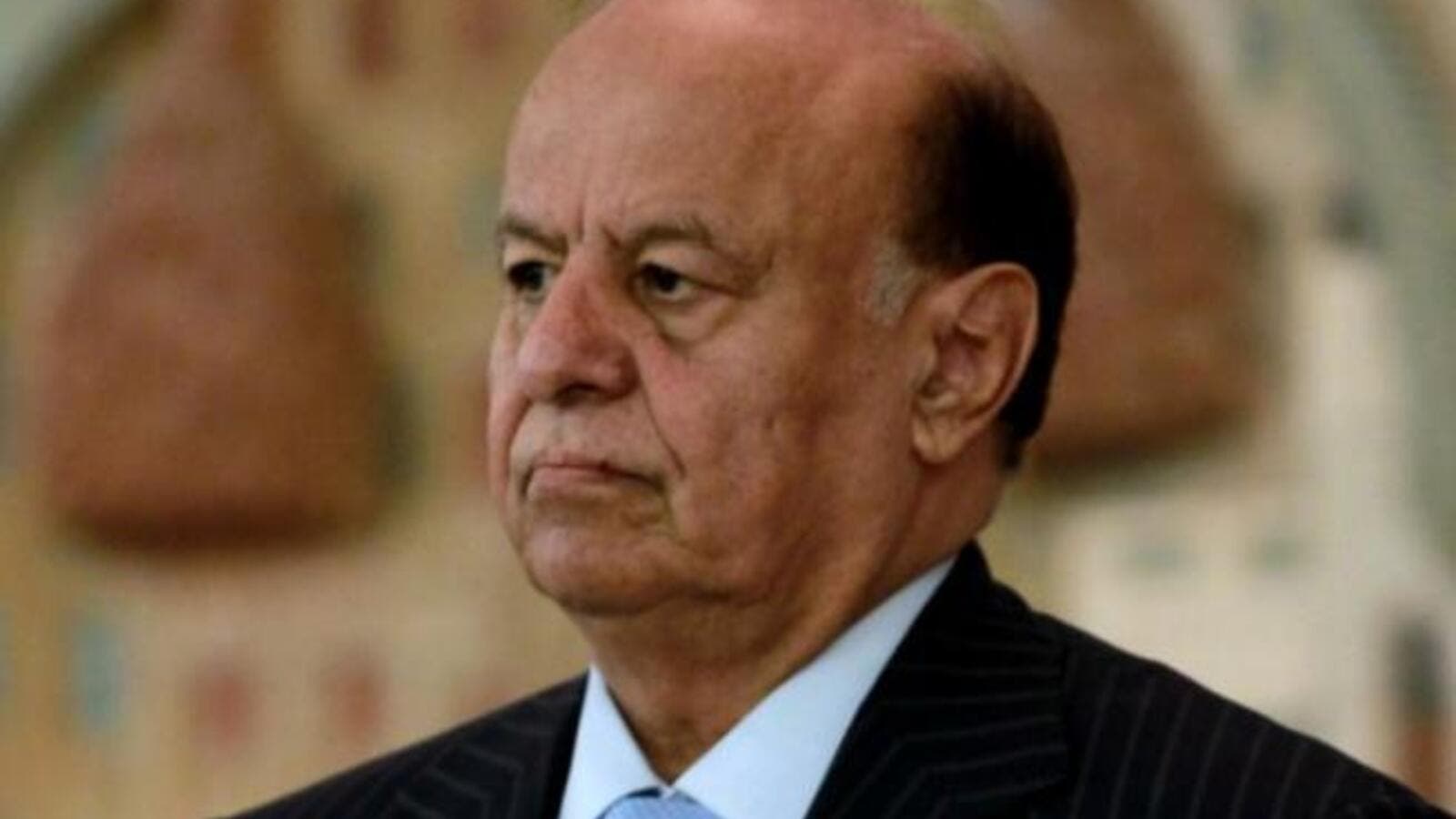 Yemen’s President Abedrabbo Mansour Hadi. (AFP/ File Photo)
The United Arab Emirates could be expelled from the Saudi-led coalition fighting Houthi rebels in Yemen, amid increasing tensions caused by the “surprise” deployment of troops on Socotra island, according to a government official.

The UAE, which plays a crucial part in the coalition that has been engaged in a controversial war against the rebels, is facing widespread criticism among locals as well as high-ranking politicians in Yemen after reports confirmed it deployed hundreds of soldiers to the Yemeni island this week.

“The government is considering sending a letter to the United Nations demanding the dismissal of the Emiratis from the Yemeni intervention,” the official told The Associated Press.

The apparent surprise deployment was carried out without the knowledge of the government of President Abed Rabbo Mansour Hadi, which controls the island, a Yemeni government source told AFP.

According to a Yemeni government official speaking to Al Jazeera, UAE forces have occupied sea and airports on the remote island, and blocked Prime Minister Ahmed bin Dagher from leaving on Friday.

Reports also said the UAE has expelled Yemeni forces from the island, replacing them with a self-created militia, built a prison and has recruited locals on the ground, according to AP. Direct flights have also been set up from Abu Dhabi to Socotra.

"The UAE has occupied the airport and seaport of Socotra island, despite the Yemeni government's presence there. What the UAE is doing in Socotra is an act of aggression," the official said.

Residents of the island are angry over the UAE's "occupation", arguing that there were no Houthi rebels on the island to justify such a deployment.

Socotra, which sits at the exit of a bustling shipping lane that leads from the Mediterranean Sea to the Indian Ocean, has been spared the violence that has ravaged mainland Yemen.

Although the UAE has been a pillar of the Saudi-led coalition fighting the Houthis, it has recently taken its distance from ally Hadi.

The Emiratis have instead been expanding their influence in southern Yemen and also back separatists who wrenched control of the south from Hadi in January.

Yemen’s President Abedrabbo Mansour Hadi, who has been stationed in Riyadh since the Houthis overran the capital and other major cities, had requested the aid of the coalition to push back the rebels in 2014.

The coalition’s intervention in the Saudi kingdom’s neighbouring country has left more than 10,000 dead, and has caused what the UN has described as “the world’s worst humanitarian crisis”.