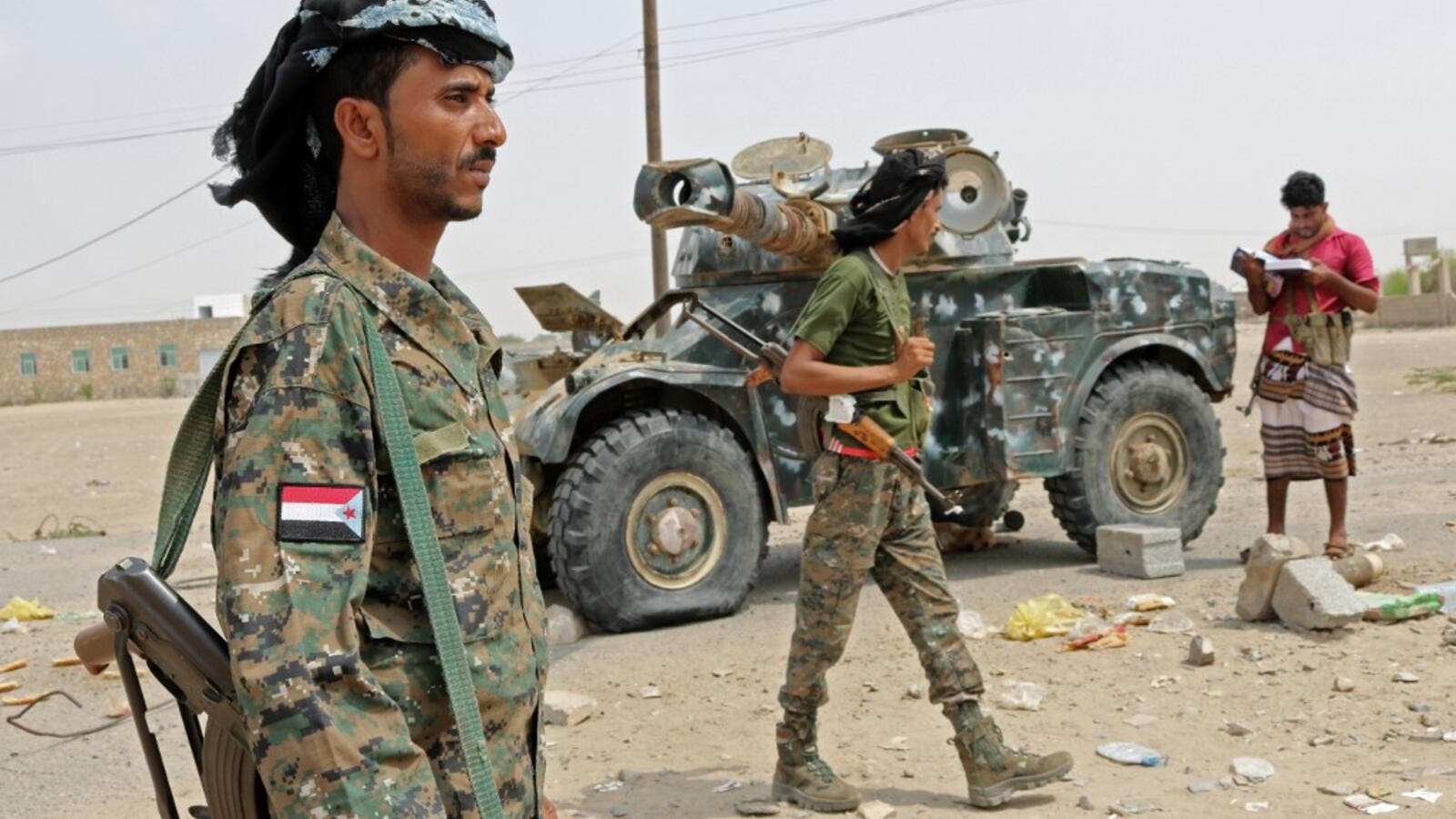 Fighters with the UAE-trained Security Belt Forces loyal to the pro-independence Southern Transitional Council (STC), gather near the south-central coastal city of Zinjibar in south-central Yemen, in the Abyan Governorate, on August 21, 2019. (AFP)

Yemen’s southern separatists announced a ceasefire in clashes with government forces in the oil-producing province of Shabwa following two days of violence, the movement said on Saturday.

“The Southern Transitional Council (STC) calls upon all parties in the Shabwa governorate to exercise restraint and abide by the ceasefire called for by the Arab coalition,” the council said in a statement.

However, the separatists called on its forces to remain in their positions and maintain control over the institutions and property they overtook, warning again any attacks on the Saudi-led coalition forces.

Deadly clashes over Ataq, the capital of Shabwa province in south-eastern Yemen, erupted late on Thursday night and lasted until Friday morning, said the security officials, speaking on condition of anonymity because there were not authorised to talk to the media.

The city of Ataq was previously divided between Saudi-backed President Abedrabbo Mansour Hadi's government forces and a separatist militia, trained and armed by the United Arab Emirates.

The Yemeni government accused the UAE of sparking the clashes in Shabwa province, which is rich in oil.

A government spokesman, Rajeh Badi, said that Emirati forces based in the Belhaf area had instigated the attack by the separatist “Shabwa Elite” militia on Ataq despite Saudi efforts to calm the situation in the province.

The fighting between Hadi's forces and the UAE-backed separatists - nominally allies in Yemen's war against Iran-backed Houthi rebels - erupted earlier this month.

It has threatened to fracture the Saudi-led coalition, a group of Arab states that intervened in Yemen's civil war in 2015, ostensibly to help restore Hadi's government to power. The previous year, the rebel Houthis overran the capital, Sanaa, and gained control of much of the country's north.

Separatist militiamen of the so-called Southern Transitional Council, have so far seized strategic southern areas, including the city of Aden and much of the nearby Abyan province.

A Saudi-UAE commission flew to southern Yemen last week to negotiate a truce between the government forces and separatists but has so far made no progress.