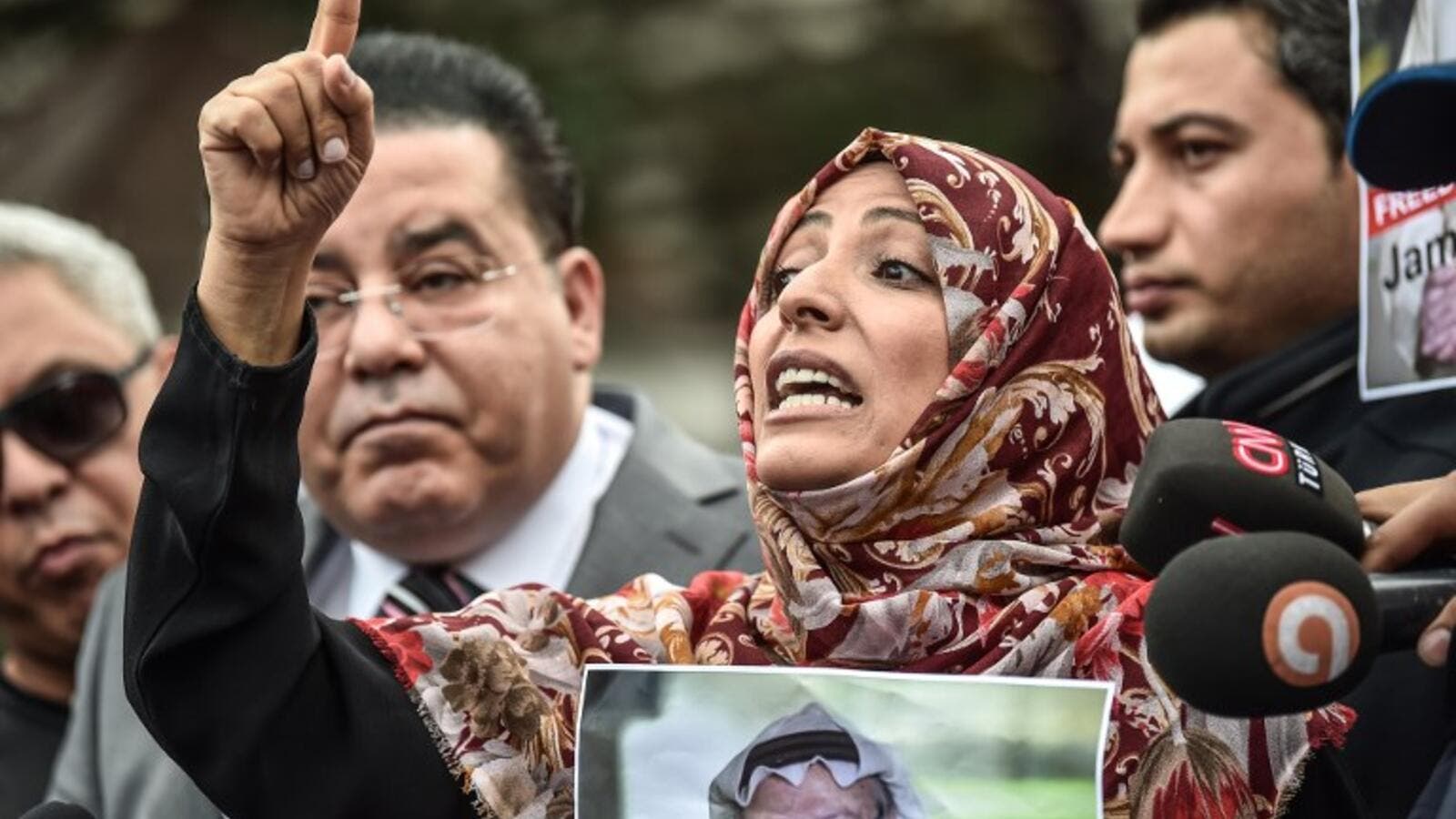 The winner of the 2011 Nobel Peace Prize on Monday called for the international community to pressure Saudi officials about a journalist's disappearance after he entered its Istanbul consulate.

"The intelligence of the Saudi regime [is] responsible," she claimed, vowing not to "keep silent about what happened to Khashoggi."

Khashoggi, journalist and columnist for the Washington Post, has been missing since he entered the consulate on Oct. 2.

Turkish police investigating the case had said in a statement Saturday that 15 Saudis, including several officials, arrived in Istanbul on two planes and entered the consulate while Khashoggi was inside.

Istanbul prosecutors are investigating the incident, while the consulate said on Twitter that it was working in coordination with Turkish authorities.

Turkey on Monday said it expects "full cooperation" from Saudi authorities to locate the missing journalist.