Yemeni government loyalists to launch offensive on Taiz ‘within hours’ 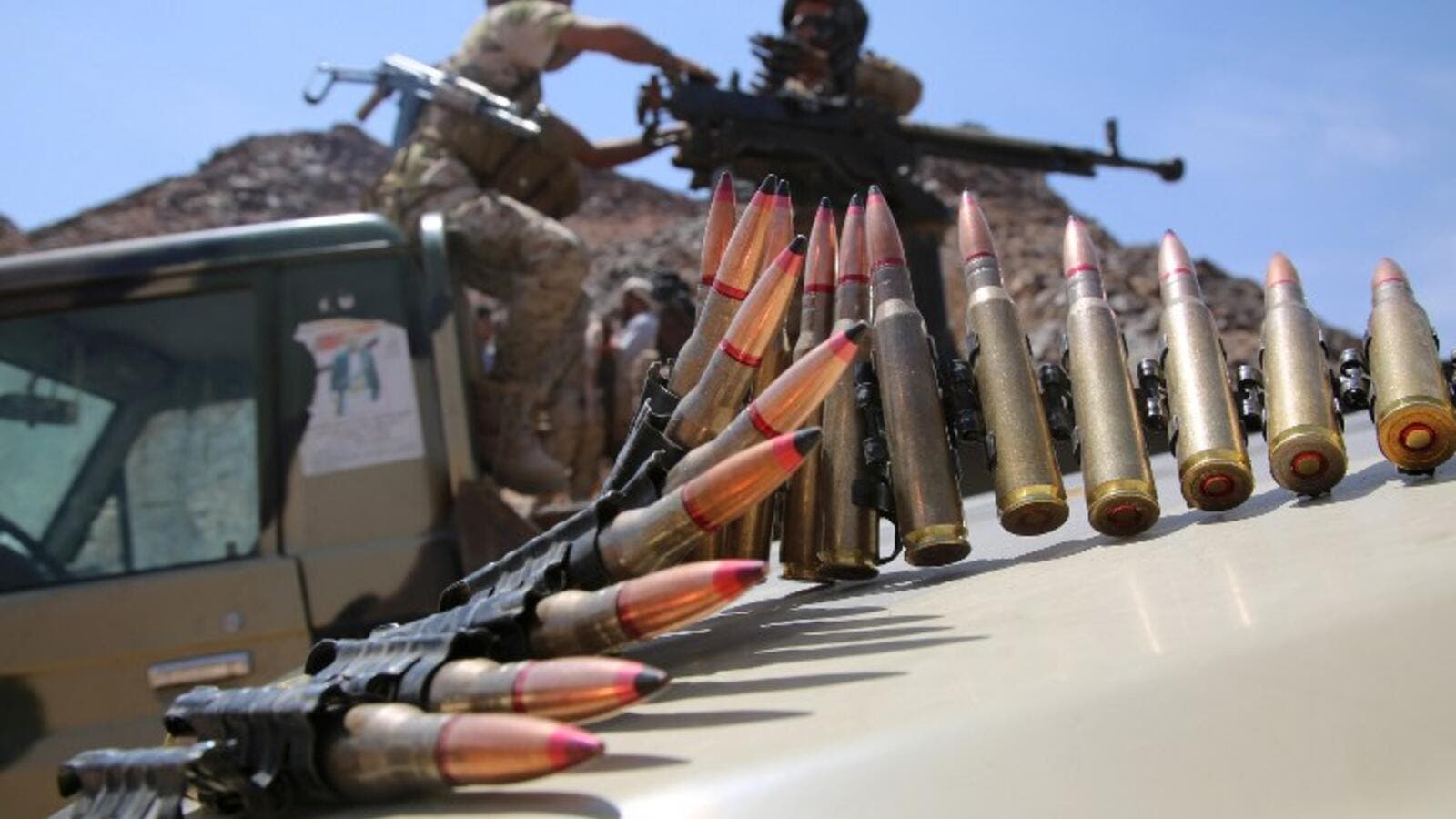 Armed Yemeni tribesmen from the Popular Resistance Committees hold a position in the area of Sirwah west of Marib city, on October 28, 2015. (AFP/Abdullah al-Qadry)

A wide military operation will be launched within hours to retake the city of Taiz, officials have said.

Spokesman of the Yemeni government said the Arab coalition's military reinforcements, which arrived on Sunday, is just the beginning, and there will be a big support that will be dispatched to recapture the city.

Five powerful blasts rocked the northern capital Sanaa on Sunday, which were believed to have been a result of military exercises by the Houthis amidst a residential area.

Yemeni government loyalist fighters had on Sunday advanced in the confrontations in different parts of Taiz. Tribal sources in Dhamar governorate told Al Ittihad Arabic daily that prominent leaders of the Houthi group were wounded on Sunday night in an offensive launched by popular resistance, which also resulted in the killing of three rebels.

Airstrikes launched by the warplanes of the Arab coalition destroyed positions and gatherings of the rebels in Taiz.

The bombardments had concentrated in the Brigade 22 camp-republican guards at Al Jind area. As many as 40 rebels were killed and tens were wounded in gun battles and air blitz of the coalition forces in the city.

The jet fighters of the coalition, on Monday, launched three raids on Houthi positions and gatherings in Al Radhma town, resulting in the destruction of a number of military machinery.