The Yemeni government revealed the Iranian-backed Houthi rebels have carried out over 300 missile attacks on the eastern Yemeni province of Marib since 2014. 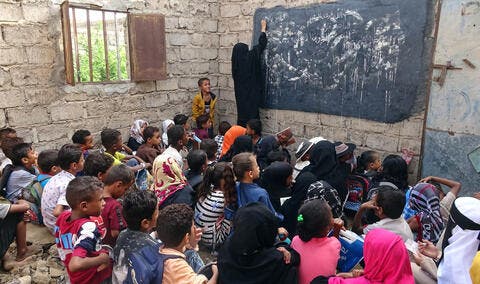 The most recent of those attacks was a ballistic missile attack on Marib Governor Sultan al-Arade residence on Sept. 25, said the Governor's Office in a statement issued on Monday.

The displaced people in Marib were subject to indiscriminate rocket and missile attacks.

More than 11,000 IDPs have been displaced again, with some entire camps forced to evacuate.

Condemning the attack, which caused damage to the governor's house in Al-Wadi district, as well as a nearby hospital, mosque, and other houses, the statement said more than 300 missile attacks have been carried out in Marib province alone since 2014.

The statement also criticized the international community's silence over the Houthis' terrorist acts as several of these missiles hit camps for internally displaced persons (IDPs).

The statement called the attacks "war crimes," and urged the international community, the UN, and US special representatives in Yemen to condemn them.

In recent months, Iranian-backed Houthi rebels have intensified their attacks to seize control of the oil-rich Marib province, about 120 kilometers (75 miles) east of Yemen's modern capital Sanaa, one of the legitimate government's most important strongholds and home to the Defense Ministry's headquarters.

Yemen has been engulfed by violence and instability since 2014, when Houthi rebels captured much of the country, including the capital Sanaa. 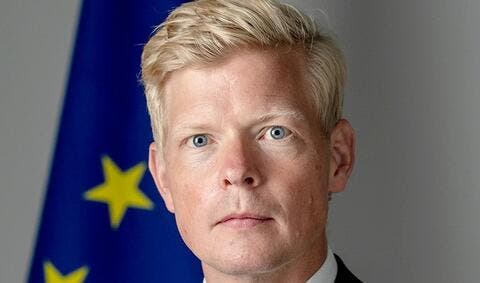 A Saudi-led coalition aimed at reinstating the Yemeni government has worsened the situation, causing one of the world’s worst man-made humanitarian crises with 233,000 people killed, nearly 80% or about 30 million needing humanitarian assistance and protection, and more than 13 million in danger of starvation, according to UN estimates.