Arab doctors once praised for their valiant efforts to treat COVID patients are now being targeted with violence and are afraid to work.

The extremist mobs are ganging up and attacking random Arab citizens in the streets, mosques, homes, and even universities. They are vandalizing Palestinian-owned shops. Some are carrying weapons like handguns, rifles, and knives. They are chanting “kill all Arabs,” and, “death to all Arabs.”

The police are using guns on Palestinian protestors and raid houses of Palestinian citizens. These incidents, along with the threat of forced explosion of a number of Palestinian families from Sheikh Jarrah, and the storming of Israeli security forces of Al-Aqsa Mosque during Ramadan sparked spontaneous wide protests and youth organizing with the use of social media platforms across various Arab and mixed towns inside of Israel.

These young activists, with posts to their rapidly expanding audience documenting violence perpetrated by Israeli security forces and settlers, helped spread awareness about the issue internationally. They also were able to unify the community to act against the state’s repression and discrimination against its own Palestinian citizens.

The tension between Palestinian citizens of Israel and the state has been building up for years and it has historical roots.

Since 1948, we, the Palestinian minority, have been exposed to unfair laws, budgeting and planning, land confiscations, surveillance, and political suppression. The state and Jewish Israelis constantly remind Palestinian citizens of the fragility of our Israeli citizenship. Arab parties have conventionally been discounted from Jewish-led government coalitions.

This is an Israeli roving lynch mob looking for Arabs. Don’t forget that every adult Israeli has had 2 years compulsory military training pic.twitter.com/mC1LkK5XJ6

The discriminatory treatment of Palestinian citizens of Israel escalated drastically after the Second Intifada. This resulted from a series of public incitements by Benjamin Netanyahu and members of his right-wing government against Palestinian citizens and their elected representatives. These provocations often follow in the wake of Arab Members of the Knesset expressing support for Palestinians or when the Arab community protests Israel's policies against them.

Moreover, Netanyahu has a long history of inciting against Israel's Arab citizens, the Palestinians who remained under Israeli rule after the 1948 Arab-Israeli. He and his supporters constantly accused their leaders of supporting terrorism and portrayed them as a fifth column. They claimed Arab parties' increased influence could push Netanyahu's right-wing government from power.  They lobbied to disqualify Arab candidates and demonized opposition members who would cooperate with them. In 2019, Arab voters accused Netanyahu's party of suppressing Arab votes by installing cameras in polling places. 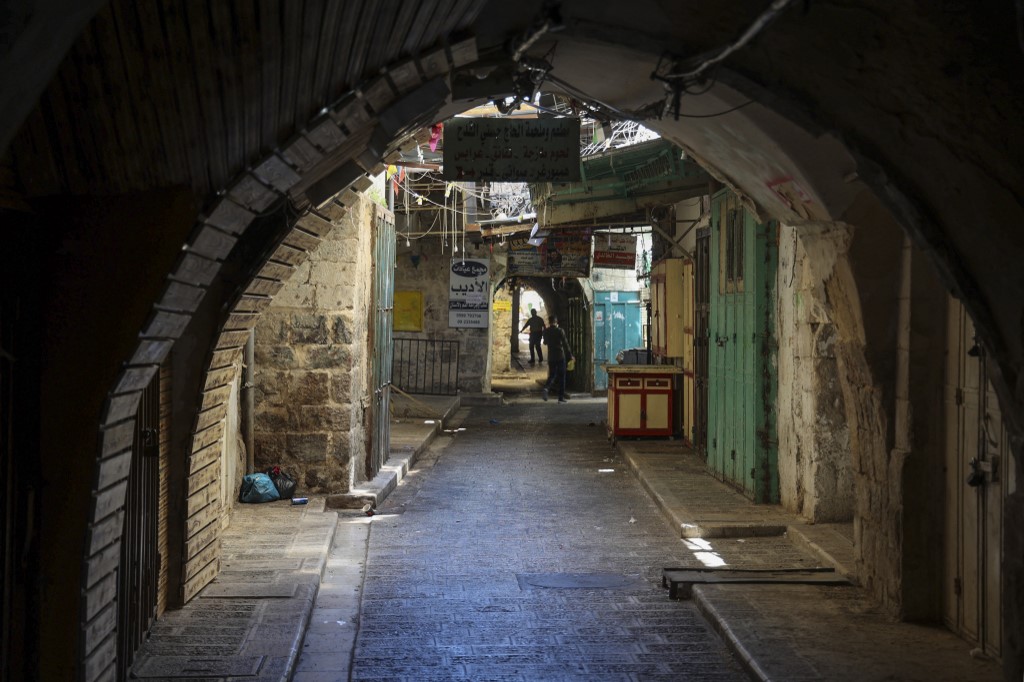 In 2017, Netanyahu reiterated a proposal by Israel’s former Minister of Defense Avigdor Lieberman - that Arab communities within Israel would be transferred to Palestinian control in exchange for Israel annexing some West Bank settlements - in front of Trump senior advisor Jared Kushner and Mideast envoy Jason Greenblatt. Netanyahu also pushed for the passage of Israel's discriminatory Jewish Nation-State Law in 2018.

Netanyahu and Trump forgot to consult the Arab community when drafting the Mideast "Deal of the Century." This deal "contemplates the possibility, subject to agreement of the parties that the borders of Israel will be redrawn such that the Triangle Communities become part of the State of Palestine…the civil rights of the residents...would be subject to the applicable laws and judicial rulings of the relevant authorities."

These policies eventually led to the escalation of violence between Arabs and Jews in the mixed city of Lod. During the protests on last Monday, an Arab resident in his 30s, Musa Hassuna, was shot dead and another person seriously injured. Public Security Minister Amir Ohana called for the release of a Jewish man who was arrested in connection with his deadly shooting. The incident resulted in heavy clashes, which erupted after thousands of mourners joined his funeral.

MAY 18TH IS A DAY OF ACTION IN SOLIDARITY WITH THE PALESTINE UPRISING & GENERAL STRIKE: A thread of actions taking place tomorrow across different cities! 🇵🇸🇵🇸🇵🇸 pic.twitter.com/j9PPSXktNj

As a result, The Israeli prime minister, Benjamin Netanyahu, declared a state of emergency in the city as protesters threw rocks at police. Police then responded in-kind with stun grenades. It was the first time the government had used emergency powers over an Arab community since 1966. Border force police were redeployed to Lod from the West Bank.

This incident was followed by a series of attacks against Arabs in Israeli by right-wing extremists and the police. In response, the Palestinian youth in Israel started organizing to express their frustration with the discrimination facing Palestinians in Israel and the Palestinian territories.

The majority of organizing inside the Green Line is happening via social media platforms such Facebook, Instagram, and WhatsApp. Social Media influencers, including lifestyle influencers with more than 100,000 followers, are spreading the calls for a general strike to protest the killing of civilians in Gaza, its attacks in Jerusalem, and settler mob violence inside Israel. The activists are connecting and organizing with other Palestinians in the occupied territories and diaspora. Additionally, the activists stepped in and organized to spread information about the attacks against Arabs inside Israel and organize groups to support students on campuses who extremists and the police were attacking.

Their documentation of the events made it easier to contest false narratives about what is happening and convey to the world that these extremists enjoy the protection of Israeli security forces. These activists' social media skills and networks have combined with their experiences, made them essential for mobilizing the communities in ways their traditional leadership failed to do in the last Israeli elections.

Dr. Anwar Mhajne is an Umm Al Fahem native who moved to the United States in 2011 to pursue her M.A. and later her Ph.D. Anwar is currently an Assistant Professor in the Department of Political Science at Stonehill College, MA. Twitter:@mhajneam.