Days after he made the official announcement of running for president of France next spring, the name of the alt-right figure Éric Zemmour, the French Trump according to many media commentators has been trending online, with people looking up his views on different issues.

Éric Zemmour, who is 63 years old, could be France's next president. In recent months, his anti-immigrant views and populist rallies have inspired many French political commentators to dub him as the French Trump, drawing similarities between their ideological basis, their controversial political views, and populist right-wing rhetoric. 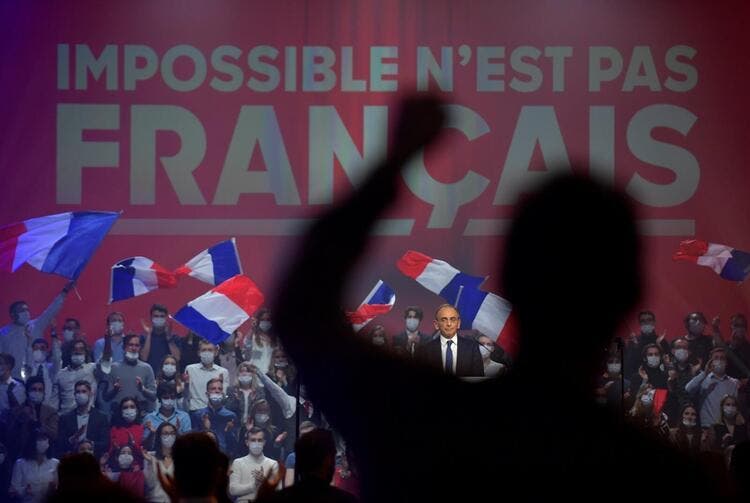 So who is Éric Zemmour?

1. Éric Zemmour was born in Montreuil near Paris to a family with Algerian Jewish roots. Zemmour's parents were Amazigh Jews from Algeria. They held French citizenship during the French colonization of Algeria.

2. In 1979, he graduated with a degree in political sciences from Institut d'études politiques de Paris.

3. He started his career as a journalist in the Le Quotidien de Paris newspaper before joining the right-wing Le Figaro in the 1990s.

4. His wife, Mylène Chichportich, is also of Jewish North African origins, hailing from Tunisia. She is a lawyer focusing on bankruptcy laws.

5. Throughout his writing career, he wrote biographies of several French politicians, including former President Jacques Chirac, and the former Prime Minister Édouard Balladur.

6. One of Zemmour's main controversies was sparked by a book he published in 2006 with the title Le Premier Sexe, or The First Sex, in which he condemned the growing tendency towards feminism in France, especially "the shift in French society from being patriarchal and traditional to a modern, feminized" one, according to him.

7. In 2014, Éric Zemmour published his most famous book yet, Le Suicide français, or the French Suicide, in which he attacked the growing number of immigrants in France since the 1970s and accused it of destroying France and its "nation-state".

8. Despite his Jewish and North African roots, Éric Zemmour is often accused of antisemitism and Xenophobia. He often warns of "immigrants replacing the French people in their own country".

9. In 2010, Éric Zemmour argued that "French people with an immigrant background were profiled because most traffickers are Blacks and Arabs. ... It is a fact", before agreeing with employers who he said "had the right to refuse Arabs or blacks", sparking outrage amongst French with African and Muslim backgrounds.

10. In 2016, Zemmour triggered another anti-Muslims controversy after stating that "Muslims should be given the choice "between Islam and France" and that "all Muslims, whether they say it or not," consider jihadists to be "good Muslims." Consequently, he was fined with 5000 euros for "incitement to religious hatred".

11. Since October 2020, Éric Zemmour has been placed under permanent armed police protection after receiving several death threats made by a Muslim French individual while in the street.

12.  In his December 2021 candidacy announcement, Zemmour also announced a new political party called Reconquete, or the "winning back". He vowed to reduce immigration to near zero, dramatically tighten the naturalization process, and expel failed asylum seekers and illegal immigrants.