A ‘Pro-Nazi' in the EU and NATO? Hungarian PM Condemned

Being a member of the European Union and the NATO alliance, comments made by Hungary's Prime Minister Victor Orban have prompted a strong backlash by EU leaders, as they were perceived as "pro-Nazi" ones. 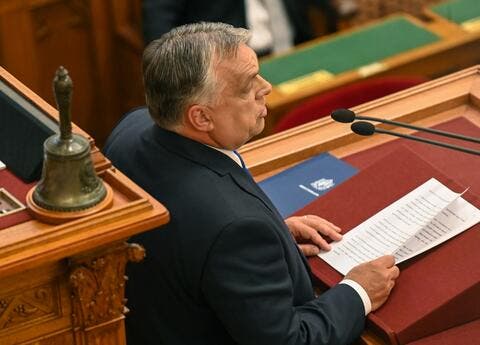 Why is Hungary Declaring Emergency Over The Ukraine War?

Delivering an annual speech in Romania for an educational program last week, Hungarian Prime Minister Victor Orban warned of "mixed-race populations" in Europe, saying a non-European "flooding" of immigrants is taking over "our European homeland".

"There is a world in which European peoples are mixed together with those arriving from outside Europe [...] Now, that is a mixed-race world [...] We are simply a mixture of peoples living in our own European homeland. ... We are willing to mix with one another, but we do not want to become peoples of mixed-race.'' - Hungary's Victor Orban - 27 July 2022

In a TV interview, President of the European Commission Ursula von der Leyen considered Orban's speech a slam on EU values, saying "Discriminate on the basis of race is trampling on values the European Union is built on; equality, tolerance, fairness, and justice". 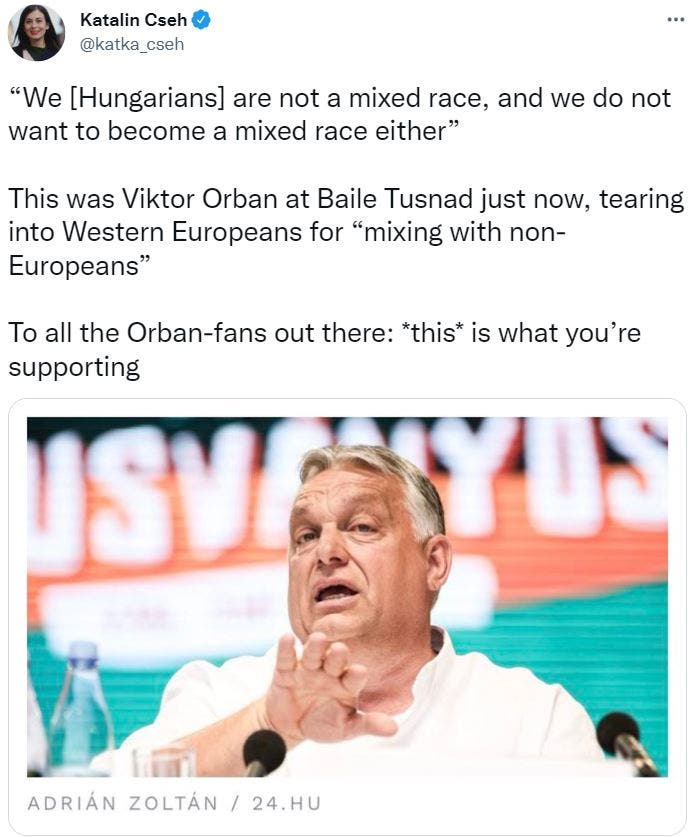 While leaders of EU parliaments considered Victor Orban's statements as "openly racist", Zsuzsa Hegedus, one of Orban's long-time allies submitted her resignation, calling his speech a "pure Nazi text" and comparing him to German Nazi politician Joseph Goebbels who was the chief propagandist for the Nazi Party between 1933 to 1945.

Victor Orban has recently been criticised for suggesting europe should not allow itself to be inundated with migrants from other continents. Is he right?
Why is he the only European leader saying this when it’s what most people want?

Moreover, the International Auschwitz Committee called on the European Union to continue to "distance itself from" what they described as Orban's "racist undertones" and to "make it clear to the world that a Mr. Orban has no future in Europe."

The US envoy against anti-Semitism Deborah Lipstadt also said she was "deeply alarmed" by the "use of rhetoric that clearly evokes Nazi racial ideology".

On the other side: Pope Francis and Fratelli Tutti…

Victor Orban's comments have prompted mixed reactions online, with some commentators arguing that his "Nazi" remarks echo a rising sentiment in Europe after waves of migration from outside the continent, while others mentioned names of other right-wing immigration-opposing politicians with growing popularity in the world, such as former US President Donald Trump, Italian politicians Matteo Salvini and Giorgia Meloni, in addition to French politicians Marine Le Pen and Eric Zemmour who just lost the bid for the presidency last Spring. 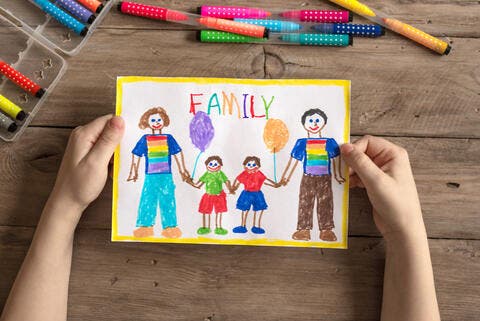 Even though Victor Orban assumed the Prime Minister's office for the second time in 2010, after a first term between 1998 and 2002, his remarks over European race have been stirring controveries since 2018, which coincided with the rising popularity of white nationalism in Europe and North America.