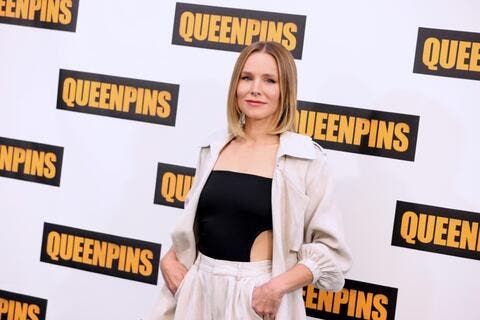 For Hassani, an Afghan-Dutch online chef and entrepreneur in Maastricht, Netherlands, Ashak is a time-consuming dish to make but is very close to his heart.

An Afghan-Dutch chef’s efforts to preserve an old way of life https://t.co/qwb6QRb3bk

He remembers how his mother prepared the dough for the dumplings accurately and consistently and then carefully filled each with scallion and tomato sauce before steaming them.

Once done, she would top the fluffy dumplings with yogurt and dried mint leaves that never failed to bring a whiff of joy to their house.

The special recipe of Ashak has been passed on to three generations. And it is now Hassani's turn to preserve it.

Hassani was born in Kabul, where his family lived until 1993. The civil war in the post-Soviet era of 1990s forced them to flee to Pakistan, where he lived for two years.

They then moved to Uzbekistan, spending four years there before settling in the Netherlands. Hassani vividly remembers gatherings with his cousins at his grandparent's house in Afghanistan for lunch on special occasions like Eid, a Muslim holiday.

"The atmosphere, the laughter, it brought us together. Food was family. It was our daily happiness," Hassani says. "Afghan food culture is rich, it takes years of practice to know how to cook Afghan dishes. But I was always interested in cooking, even as a kid," Hassani tells TRT World.

"My brother and I used to gather all the kids from our neighbourhood in Kabul and would cook eggs for them."

Today, Hassani still calls his mother to ask her questions like, "do I put the onions first or the meat?"

With almost 57,000 followers on TikTok (@chendawul) and 12,000 on Instagram (@silkcooking) Hassani shares short cooking videos of Afghan food and recipes, in the hope of preserving Afghan food culture. His followers continue to grow.

Hassani featured his mother, Parwin Zamani's, family recipe of Qabli Palaw – long-grain rice steamed with lamb and flavoured with exotic spices – in one of his videos from her cookbook Saphar: A Culinary Adventure through Afghanistan.

The book takes readers on a culinary journey throughout the country.

It is filled with authentic recipes passed down from Zamani's great grandparents, alongside intimate stories of her life in Afghanistan.

"This book is not only for those who want to learn more about Afghan traditions, food culture, and cooking; it's also a way of preserving the old recipes and their meaning for all those children who weren't fortunate enough to learn the trade from their family," Zamani said at the launch of the book in May this year.

In the video, Hassani carefully fries mutton in oil and keeps it separate.

An Afghan-Dutch chef’s efforts to preserve an old way of life https://t.co/L3IXaoo1Fl

Next, he sauteed onions, garlic and cumin in the same oil and added the lamp pieces again to give it a proper taste.

The steamed Palaw (rice), which is perfumed with cardamom pods, cinnamon sticks, and cloves, is combined with the cooked lamb, and then the entire dish is jewelled with thinly chopped carrots and raisins.

"Our food is what we have. It is what makes us Afghans. It binds us. Our food culture is the soul of our country,” Hassani adds.

Another recent video that has hit one million views on TikTok is on Ayran, traditionally called Doogh in Afghanistan. A slightly salty, cold, and refreshing yoghurt drink that is also known as Dhalle, Cacik, Mastaw, or lassi and is popular across Central Asia, the Middle East, North Africa, and the Mediterranean.

Every region has its version. For example, it is served in Afghanistan with dried mint,  salt and cucumber.

Hassani recalls how his grandfather once took him to a market to buy a few cucumbers to make Doogh at home, but they ended up sight-seeing and trying out traditional Afghan street food the entire day.

“We came back home without any cucumbers. It was a beautiful day that is still etched in my mind” he said.

A year after the Taliban took over Afghanistan, Hassani worries that the Afghan culture and tradition are eroding fast as people are more focused on their daily struggles.

"The economy is crumbling. Poverty is at its peak. Lack of education…and food shortage… it is all very heartbreaking for me,” Hassani says.

"Also, the cultural sector, the entire cultural and entertainment industry, has shut down. People have no resources or means to invest in it.”

Hassani, through his Afghan food content creation online, and his mother Zamani, through her book, hope to preserve a part of their culture.

"The world is moving forward fast, and Afghanistan is going backward. I feel like we are losing our culture. This is why I started this small initiative,"  he says.

"There is not much we can do as war and conflict have been inflicted upon us for years. But we are responsible for preserving our identity as Afghans and to make sure we pass it on to the next generation.”

What is Dirty Money in America?