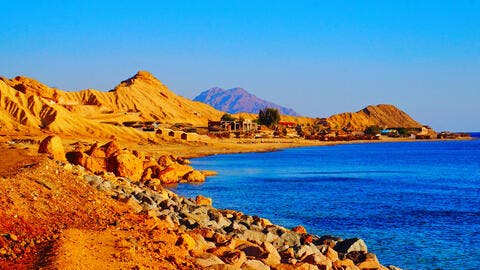 Saudi Arabia Plans to Minimize its Landfill to 'Zero Waste'

Erdogan and Guterres held a meeting at the UN headquarters which tackled environmental issues, including the Zero Waste project launched in 2017 by the first lady in Türkiye.

The project aims to contain waste under sustainable development principles and reduce pollution.

Turkish First Lady Emine Erdogan and UN Secretary-General Antonio Guterres signed a declaration of goodwill for the dissemination of the "Zero Waste Project" around the world https://t.co/nFs4lWD9GQ pic.twitter.com/BGTiAXgmp0

Following the meeting, Guterres said that waste is a vital problem for today and the project in this sense is valuable and impressive.

Referring to the goodwill text on the project, Guterres said he would sign this in front of the camera over the importance of the issue.

"The text we will sign with you today reveals our common intention in this sense. I hope that the number of signatures under this declaration, of which we will be the first two signatories, will increase," underlined Erdogan.

Guterres and Erdogan vowed to promote the zero waste approach worldwide and share best practices for its wider recognition and application.

The duo also committed to sharing the best practices and lessons learned from projects such as Türkiye's Zero Waste project encouraging the development of similar policies on waste management.

Before the signing ceremony, the Turkish first lady presented the portrait of Guterres, created with waste textile materials by the artist Deniz Sagdic, to the secretary-general. Later, the two also signed the UN memorial book.

According to data released in July by the Turkish Environment, Urbanization and Climate Change Ministry, the project has stymied 3.9 million tons of greenhouse gas emissions and saved the economy billions of dollars.