Accident or Intentional: Why Did Hong Kong Police Fire Blue-Dyed Water at a Mosque? 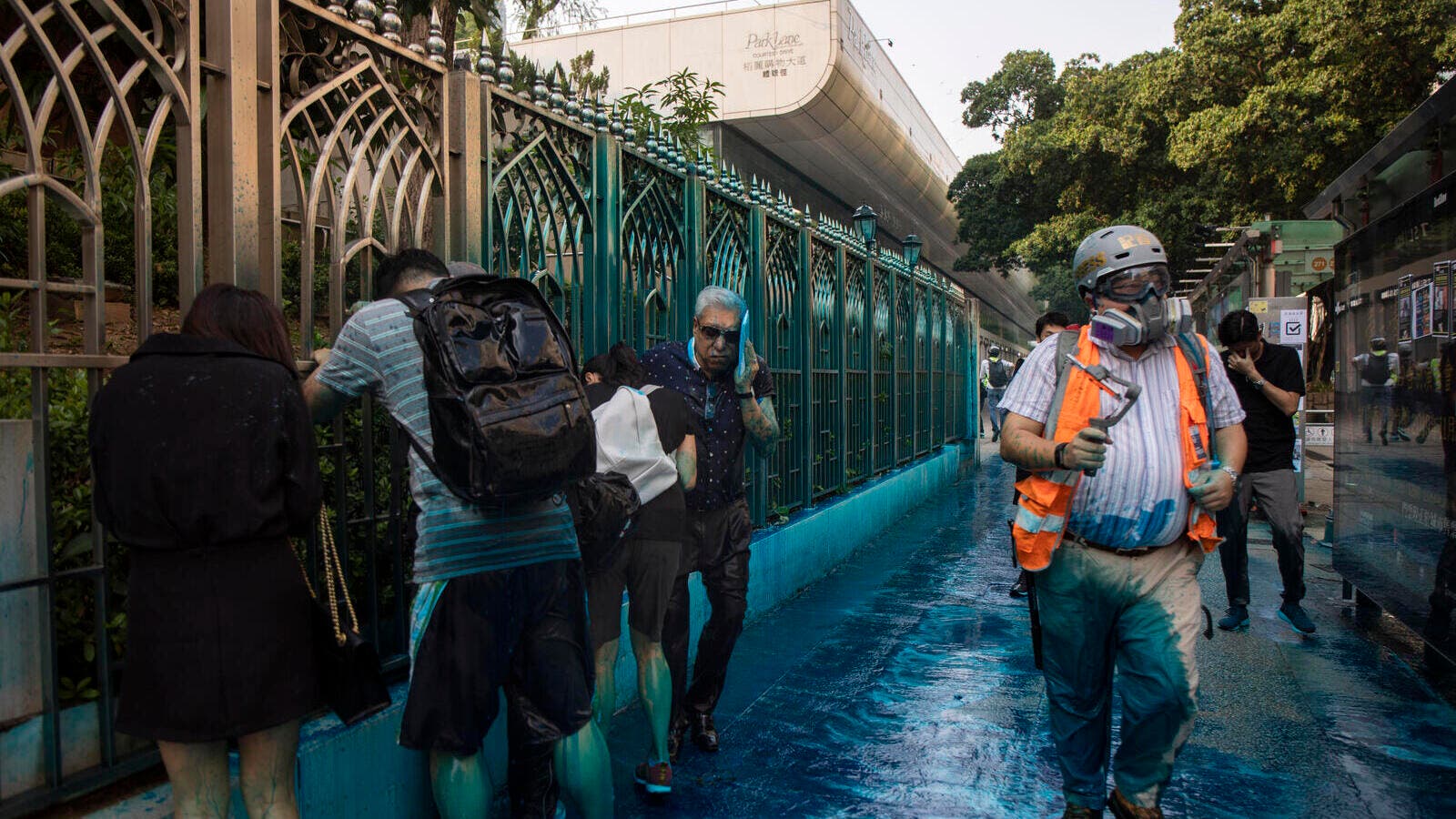 A police water cannon truck passing by Kowloon Mosque in Hong Kong was captured on video spraying a stinging blue-dyed liquid at a handful of people standing in front of its gate in an attempt to disperse pro-democracy demonstrations in the city.

This is the moment the Hong Kong Police Force fired the water cannon at Kowloon Mosque.

The water cannon is only supposed to be used to disperse large crowds. But apart from those worshipping/a few people guarding the mosque, there was no one there.  #HongKongProtests pic.twitter.com/sXEEAV7GLK

The mosque’s front steps, metal gate and sidewalk outside were stained with the blue liquid while the people caught in the plume were left gagging, coughing and trying to rinse the solution from their eyes, the video shows.

#HongKong: HK police sprayed blue paint all over the entrance of the Kowloon mosque as they were chasing protesters down the street pic.twitter.com/sDBwNzpUXb

The incident sparked anger on social media, as activists claim that there were no "large crowds of protesters" in front of the mosque at the time to justify spraying them with blue water. They say there were only guards and a handful of people who were praying.

Some people believe the police intentionally attacked the mosque to target a racial minority that has been supportive of Hong Kong's protests.

But activists are taking a stand and asking authorities to keep religion out of it.

Volunteers later arrived to help clean up, and by the next morning the blue coating was largely gone.

Clean up crew has grown in size pic.twitter.com/hYRO4Te0sV

The official Twitter page of Hong Kong Police made a public announcement in which they apologized for the incident, tweeting, “it is most unfortunate that the dispersal operation has caused unintended impact on the Kowloon Mosque.”

The Police have all along maintained a good relationship with the Kowloon Mosque and the Muslim community in Hong Kong. The Police respect religious freedom in Hong Kong and will strive to protect all places of worship.

The city’s leader, Chief Executive Carrie Lam, and its police chief visited the Kowloon Mosque to say sorry to the chief imam and Muslim community leaders.

“Our mosque is not damaged, nothing is done wrong," he said. "Only thing is that they should not have done it. For that they apologized so we accept it."