A campaign was launched to boycott the 70th edition of Miss Universe event hosted in the occupied territory of Eilat, Israel. The upcoming competition is scheduled for December 2021. 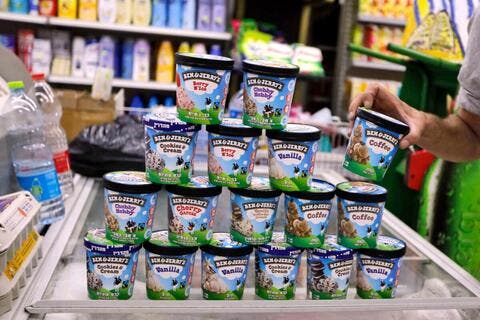 No Ice Cream For You! Ben & Jerry's Tell Israeli Settlers!

Pro-Palestine advocates and women's rights activists urged international communities to boycott Miss Universe competition and called on the event organizers to host it anywhere else in the world.

Miss Universe, which claims to provide a platform to “empower” women, is now legitimizing the apartheid state that continues to violently displace and slaughter Palestinian women.

Interesting too, how this comes in a time of heightened international awareness of Israel’s crimes. https://t.co/IqrBFSnaqz

The huge commotion on the event is because Miss Universe is supposed to be an event to empower women across the world and it is going to be hosted in Israel who is killing Palestinian women and forcibly kicking people out of their homes for Jewish settlers to take them.

A Twitter user shared a video of the destruction Israel left in Gaza expressing his anger about hosting Miss Universe 2021 in Eilat saying: “How can a platform, that tries to empower, host [its main event] in an oppressive state.”

Miss Universe 2021 should not happen in Israel!
This is an outrage.
How can a platform, that tries to empower, host in an oppressive state. pic.twitter.com/gav8fWPXbb

Weeks ago a similar campaign was launched against Ben & Jerry's ice cream company, founded in 1978, for selling its products in the occupied territories. After the huge backlashes the company decided to stop the sale of its ice cream in Israel.

An IDF soldier slammed the decision taken by Ben & Jerry's; filed a lawsuit against the American company demanding to reverse their settlement boycott and pay compensation. Moreover, the Israeli PM warned Ben & Jerry's of "severe consequences" if it stops selling ice cream in occupied Palestinian land.

Beautiful day with the nephews & their favourite ice cream: Ben and Jerry’s. It was always good, but now B&J is also the most principled after the company decided to stop selling to illegal Israeli settlements in line with international law and corporate responsibility🍦👏✌🏽🇵🇸 pic.twitter.com/Qu0n0XM5WO

The question remains; will the organizers of Miss Universe 2021 revise their decision and relocate the competition’s place amid the high pressure and the boycott calls by activists and campaigns on social media?

Miss Universe 2020 was held on May 16, 2021 at Seminole Hard Rock Hotel & Casino in Hollywood, Florida, United States. With contestants from 74 countries, Andrea Meza of Mexico won the contest.