Andrew Tate slammed for drinking alcohol after converting to Islam

ALBAWABA - American-British Internet personality and former kickboxer, Andrew Tate, faces heavy backlashes after a video of him next to a bottle of Whiskey. 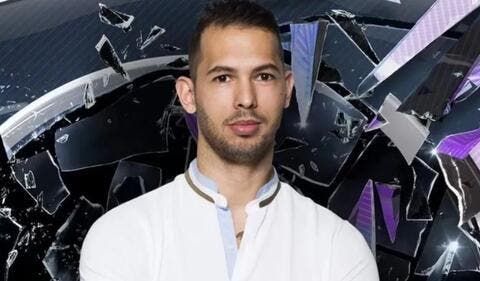 Andrew Tate, who converted to Islam about three weeks ago, shared a video from a plane smoking a cigar and drinking alcohol. The kickboxer's video got over 1.3 million views in a couple of hours.

The famous influencer shared the video and wrote: "I’ve decided to fly to the failed state of California, walk into twitter HQ and tell @elonmusk he’s a legend."; 'On my way,' Andrew added.

The kickboxer was banned from all social media platforms earlier this year for 'violating policies.' He had earlier described Islam as 'the last true religion in the world.'

Andrew Tate has now confirmed himself that he is now a Muslim pic.twitter.com/7FjRT2oOzp

Andrew Tate, 35, took it to social media to announce converting to Islam and called any Christain who believes in good and understands the 'true battle against evil to convert.'

The former kickboxer received huge criticism following his video as some people decried him for being a Muslim and drinking alcohol. One person said: "Alcohol is haraam," while another commented: "Did no one tell you when you converted that alcohol is haram? Cant have it both ways champ."