Published August 3rd, 2021 - 05:56 GMT
The music video was dedicated to the fallen members of the Beirut Fire Brigade. (Twitter: @ThatsPeter)

A few days before the Lebanese commemorate the first anniversary of the devastating port blast, a music video by well-known singer Amir Yazbeck has reignited public calls for justice, as many online people demanded a transparent investigation "before turning the incident into a memorialized event." 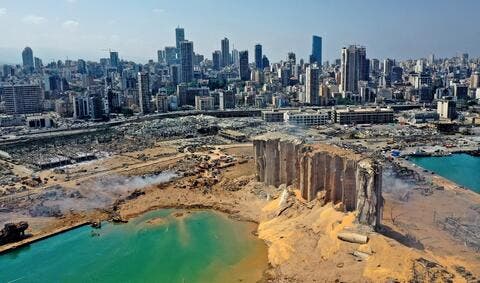 In latest Beirut blast anniversary fails, someone did a song about the firemen who were killed at the port.
The people in the video are supposed to be the dead firefighters, singing in front of the ruins of the silos.#لبنان pic.twitter.com/uSNuBhBDQo

The music video remembers 10 young firefighters who rushed to extinguish the fire that erupted in the Beirut port minutes before the mega explosion hit the Lebanese capital and destroyed a number of its neighborhoods.

However, many online people attacked the video and deemed it as a way of making profit off people's suffering, especially that families of more than 200 victims and thousands of injured people have yet to receive answers on what happened on the 4th of August 2020. Some commentators also expressed their dissatisfaction with the video since it was shot at the very site several Lebanese people lost their lives a year ago.

The only thing we need with respect to #BeirutBlast is justice for the victims.. for all the Lebanese.
No songs. No statues. No talks.
Just hold accountable everyone who brought in a ticking bomb to the port, & everyone who knew.
& to get there, show up on Aug 4! pic.twitter.com/HKkc3FUM4f

Meanwhile, other commentators argued that the video is a well-intended gesture to show sympathy with victims' families, suggesting that they had approved of the work before it was broadcast across national TV channels.

honestly... i liked the song and the video. it’s a way to commemorate the victims. some of the actors are their friends and/or colleagues at the beirut fire department. their families agreed to do this and appeared in the video and i think that’s the only thing that matters (1/2) https://t.co/DiJnRWvRM8 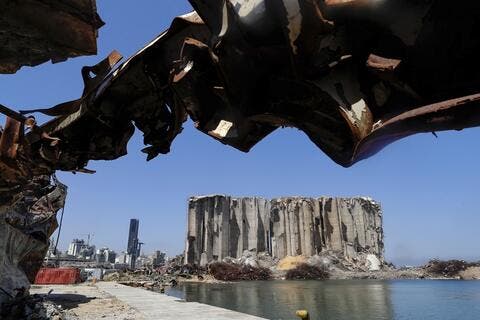 Which Theory Behind The Beirut Port Explosion is Correct?
— salwa🎗️ (@saIyoncee) August 1, 2021

While many Lebanese people thought the blast will pressure politicians in the country for major reforms that were in demand since October 2019, the Lebanese political scene continues to get more complicated, amid political parties' inability to agree on a new government.

Consequently, the Lebanese economy has plunged into the world's third-worse crisis in 150 years, according to the World Bank. Thousands of Lebanese people have shared the news of leaving the country for good, including the family of the singer who is facing attacks for the music video.

The Beirut port blast killed at least 214 people and injured more than 6,500 others.