Last year, famous American rapper Kanye West made headlines when he announced plans to run for US President during the 2020 race. His bid then failed quickly. Two months ago, he changed his name to "Ye," reminding social media of a "Bible" he wrote a few years ago. 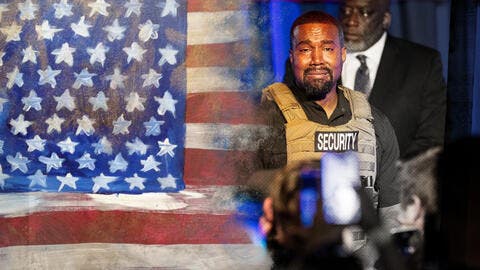 'He Needs Help': Questions Over Kanye West's Mental Health and His Hopes to Get Jay Z as a Running Mate

In 2014, Kanye West, or Ye, published his own version of what he called the "Book of Yeezus," in which he replaced every mention of God with his own name.

KANYE WEST Got tired of every bullshit and decided to write his own modern bible and his version of the bible. Check the first page of Genesis pic.twitter.com/zUGIZQ9Fgp

At that time, the book received considerable media attention but was quickly forgotten by fans and commentators who thought it showed just how much ego the rapper has.

However, conversation about Kanye's book resurfaced online again with tweets expressing shock over his daring move, calling it "a bible for the modern-day."

KANYE WEST decided to write his own version of the bible. Check the first page of Genesis.#KanyeWest #Ye #Bible #Donda pic.twitter.com/vI5SpWhRKa

From the book of yeezus genesis. Interesting. pic.twitter.com/z85uPiih1h

Some also questioned whether or not he can be described as a "narcissist," based on not only his bible, Book of Yeezus, but also other statements he has made over the years.

Kanye's statements have always ignited questions over his mental health, especially after he opened up about suffering from mental health issues for years during a YouTube interview in 2019.