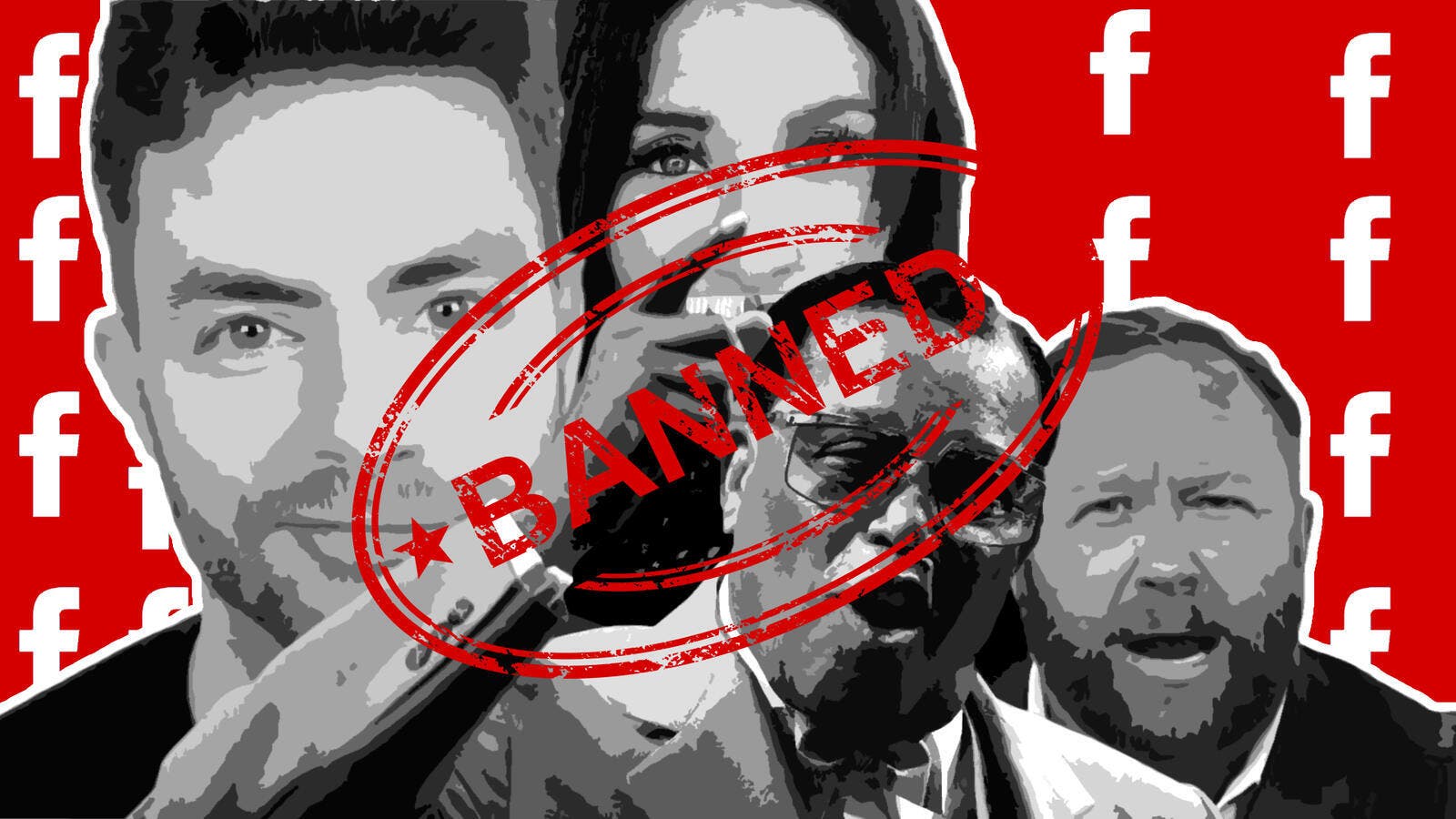 The Facebook decision to ban “Dangerous Individuals and Organizations” during the weekend has provoked massive discussion and controversy on the internet.

It all started on Friday when Facebook released a statement saying they have banned accounts and pages “promoting or engaging in violence and hate, regardless of ideology." It also confirmed that the process of evaluating the potential violators that led them to ban the accounts is extensive.

Among those who have their accounts removed were far-right wing conspiracy theorists, Alex Jones, host of right-wing conspiracy website InfoWars, its UK editor, Paul Joseph Watson, ex-Breitbart News editor Milo Yiannopoulos in addition to Paul Nehlen and Laura Loomer, an anti-Islamic activist who had a large presence on the internet. On the other hand, Louis Farrakhan, the controversial Nation of Islam minister had his accounts among those who were removed from Facebook for expressing anti-Semitic views.

Wow. Facebook wasn't kidding. If you have anything positive to say about Alex Jones, @PrisonPlanet, or InfoWars, it will get taken down. https://t.co/rbuLLRUSAx

The move had provoked an outcry online among digital rights activists. Opinions were split between critics of 'hate speech' and others who fear that censorship is actually becoming normalized in the West.

I stand with my antagonists or even my enemies like Louis Farrakhan, and my Colleagues like Ensaf on Freedom of political speech.

This is not about safety. It’s about control. Controlling us.

Good luck to Big Tech; you‘re now wiring up quite an alliance of strange bedfellows... https://t.co/kYUCLtqGqE

Some opinions argued that such controversial decisions taken by tech giants and social media platforms like Facebook should be regulated by governments who would impose laws regulating censorship. On the other hand, others suggested that governments often do not have the competency to regulate speech.

Serious question to "conservatives" who want the gov't to regulate social media: what do you do when the GOP loses control of the White House & Congress? That day will come, even if only temporarily. When it does, do you want President AOC appointing the regulators?

The ban that applies to Instagram, as it is owned by Facebook, was attributed to an update of Facebook policy that it “does not allow any organizations or individuals that proclaim a “violent mission, engaged in violence, promoting terrorism, organized hate or murder” to have Facebook accounts.

Facebook moreover added that they are removing pages, groups, and accounts that set up to represent those removed accounts. Even promotion of events where it knows the banned individual is participating would be banned.

Meanwhile, US President Donald Trump went to Twitter on Saturday in support of those who were banned accusing social media platforms and tech giants along with the “Democratic Party” of getting themselves into problems.

He tweeted and retweeted posts, including those from right-wing figures who had their accounts banned and said he would “monitor the censorship of AMERICAN CITIZENS on social media platforms”.

How can it be possible that James Woods (and many others), a strong but responsible Conservative Voice, is banned from Twitter? Social Media & Fake News Media, together with their partner, the Democrat Party, have no idea the problems they are causing for themselves. VERY UNFAIR!

On a video he posted on his own account, Snoop Dogg said: “I stand with him. Ban me motherf—–! Ban me! Because I’m gonna keep posting this s– … F– y’all who got a problem with him.”

In fact, the move had the conversation on censorship and free speech in the West sparked up all over again in a time when tech giants have been accused of liberal bias and deliberate targeting of conservatives.

It is also believed to follow the rise of hate crimes against immigrants, Jews, and Muslims in the West, as there have been calls to apply regulations to digital media platforms to control ideology, yet tech giants might need to stay away from controlling peoples’ opinions and protect the right of free speech.

This is the key point. Facebook will ban you for sharing Infowars links now, unless you're condemning them.

It is openly punishing and rewarding users for their political opinions now.

This is a formula for censoring not just websites and personalities, but their supporters too https://t.co/pNjGlbYAt9