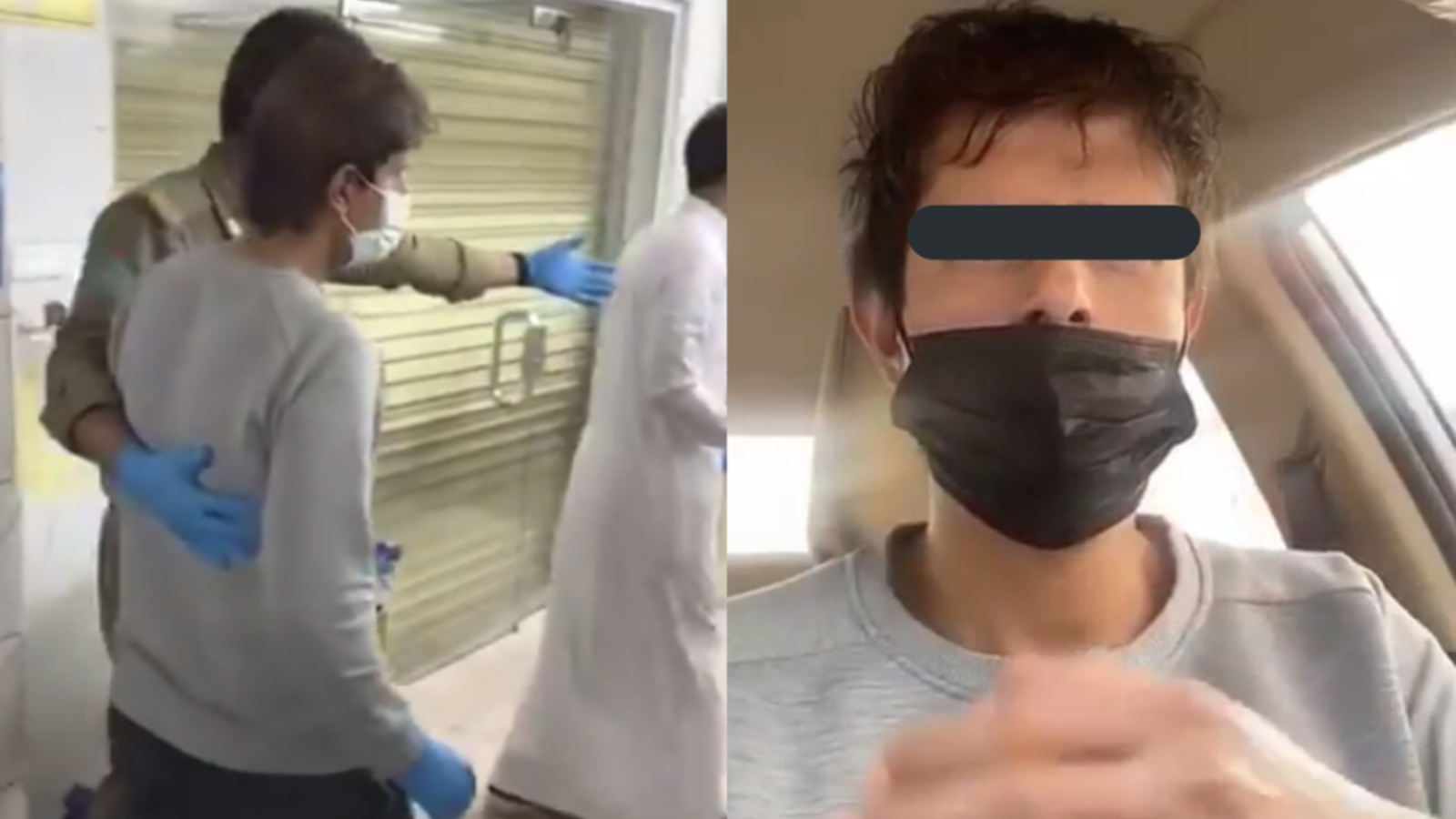 The offender will be facing charges up to the death penalty, as his actions can be considered as first-degree murder. (Twitter)

A non-Saudi resident of Baljurashi city, situated in the south-west of Saudi Arabia, got arrested after being seen spitting on shopping carts and products at a shopping center, in an apparent attempt to spread the coronavirus.

Translation: "The story of the foreigner who tried to spread the coronavirus in Al-Mazra'a market in Baljurashi. He should get the execution penalty"

After being reported by workers in the shopping store, he was tested positive for the novel coronavirus. As soon as he was tested, Saudi authorities tracked workers and visitors to the store before closing it temporarily.

Translation: "The Baljurashi guy has been tested positive for the coronavirus after being caught spitting on doors and shopping carts. The Ministry of Health calls on all market visitors to head to the hospital so they can be tested as soon as possible."

Saudi officials explained that the offender will be facing charges that can go as far as the death penalty, as his actions can be considered a kind of first-degree murder; "he was clearly aware of the fever and the cough he was suffering from at that time and his action was only aimed at killing other people".

Social media users expressed their frustration with similar irresponsible actions that have been recurring in different parts of the country. Some comments went on to attack all foreign workers in the country, accusing them of "targeting Saudi Arabia".

Translation: "I say it again, there must be a full curfew. All shops should also have policemen to stop those who target our country. We have hateful foreign workers. This should be dealt with urgently. I hope God protects my country and its citizens."

Over the past few weeks, local media has reported several incidents, in which people were spitting or sucking common objects including coins, bread in bakeries, and products on display in different cities.

Translation: "An Arab national has been arrested for spitting on coins in a poultry shop he works at in Taif city."