Destination Unknown: Are Hong Kong Protesters Being Secretly Loaded on a Train to China? 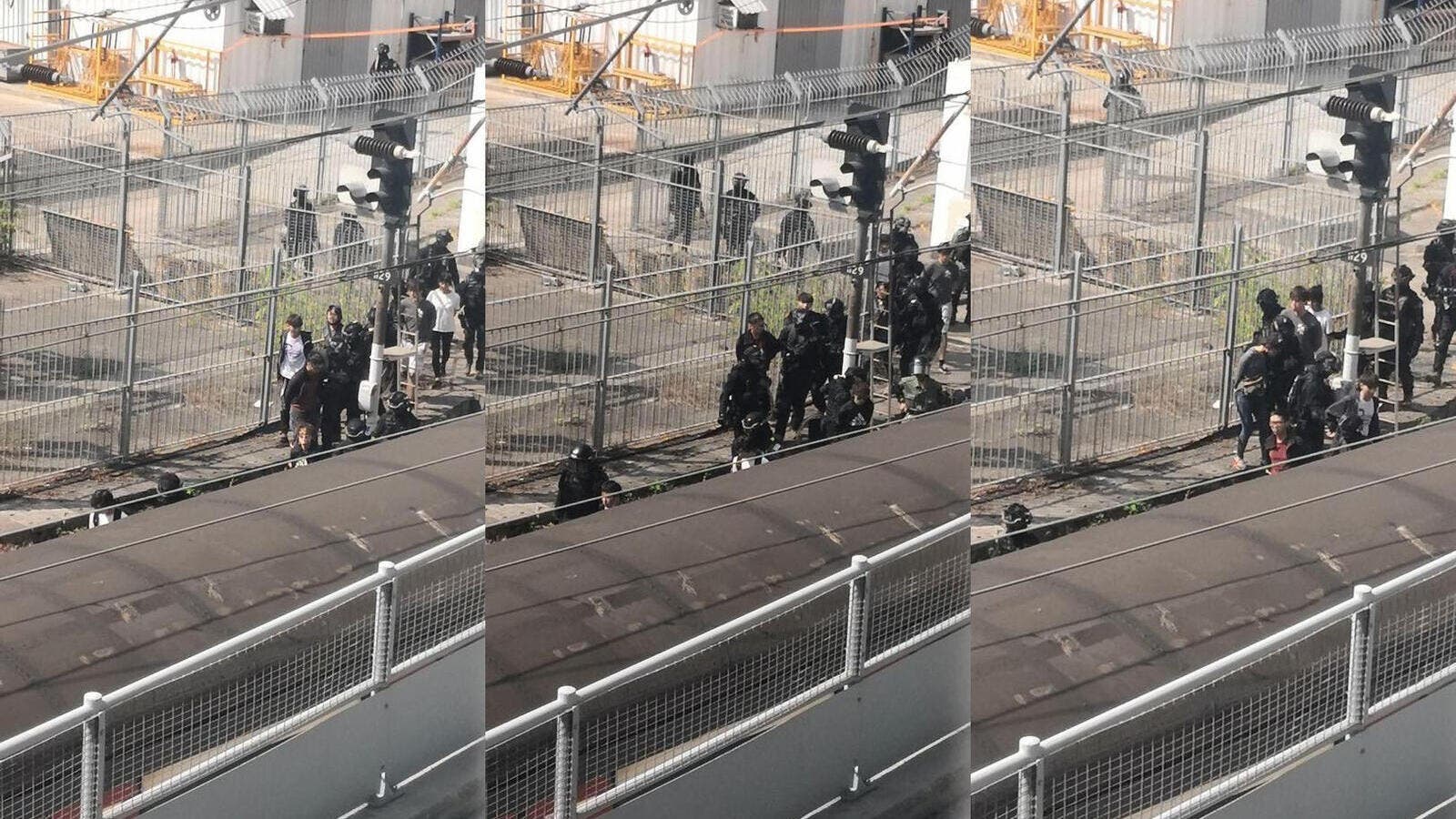 Screenshots of the video that went viral on social media

Video of Hong Kong protesters being loaded onto a train sparked fears amongst social media activists that protesters are being sent to Chinese detention centers.

Arrested protesters are getting transported out on a train.  Unknown at this time where they will be sent. Residents and press are heard asking for their names

The video circulated on social media showing Hong Kong protesters being loaded onto a train near the border with China. In the video, protesters are seen handcuffed and being forced onto the train.

HONG KONG POLICE ARRESTED PROTESTERS and CITIZENS.
They were TAKEN on the train and NO ONE KNOWS where will they go!
PLEASE SAVE THIS VIDEO AND REPOST TO OTHERS SOCIAL MEDIA!
OUR KIDS CANT BE DISAPPEARED!#SOSPolyU #SOSHK #HongKongProtesters pic.twitter.com/Prw9jQwDRF

As clashes continued on a university campus between riot police and pro-democracy protesters, the video raised concerns that arrested demonstrators were being extradited to China’s detention centers.

Social media activists identified the train as belonging to the East Rail Line of the Mass Transit Railway. Although the detainees' destination is unknown, activists pointed out that the last two stations are Lo Wu and Lok Ma Chau, which are both border checkpoints into China.

Some suggested that the students were from Hong Kong Polytechnic University, which was the scene of fierce clashes between riot police and pro-democracy protesters on Monday.

A Chinese activist group called “Demosisto” said that people in North District "threw objects on the railway track" to prevent the protesters from being transported to China.

Hong Kong police have yet to issue an official statement on the destination of the arrested demonstrators.