Published May 18th, 2021 - 06:06 GMT
Al-Shweikh Family-Art work by Rami Khoury /AlBawaba
Highlights
“In Egypt, you can follow the legal path and do everything right, as Hoda Abdel Hamid tried to do, yet fall victim to the same violations you are protesting,” Stork said. “The authorities should immediately release her, protect al-Showeikh from retaliatio

Police and National Security Agency officers arrested Abdel Hamid, mother of Abdelrahman Gamal Metwally Al-Showeikh, as well as his father, Gamal, 65, and sister, Salsbeel, 18, in an April 26, 2021, raid on their home in Cairo. The father and sister were later released. The authorities should swiftly carry out an independent, transparent investigation of al-Showeikh’s torture and sexual assault allegations and bring anyone responsible to justice. 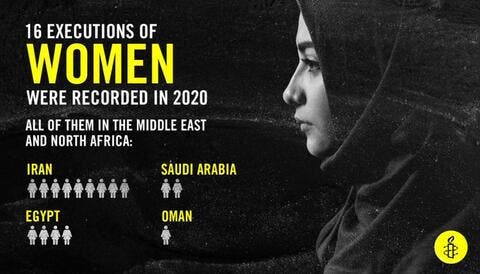 Al-Showeikh, 29, has been detained in Minya Maximum-Security Prison, 240 kilometers south of Cairo, for 15 months. On April 16, Abdel Hamid posted on her now-deleted Facebook account a letter her son had passed to her when she visited him a day earlier. It said that on April 6 a fellow prisoner with whom he has quarreled, with the assistance and complicity of several prison officers and guards, tied him up, ripped off his clothes, and sexually assaulted him “in several ways.” The two-page letter, which Human Rights Watch reviewed, named the other prisoner and four of the officers.

The Office of the Prosecutor General, the National Council for Human Rights, and the State Information Service did not respond to a letter Human Rights Watch sent on May 12 inquiring about the incident and steps taken to investigate it.

In his letter, al-Showeikh urged his mother to report the incident. “Do everything you can. Submit a complaint to the prosecutor general, the human rights [organizations] everywhere … and the United Nations,” he wrote. “I was very hesitant to write about this to you because it will upset you. I am sorry but it is very difficult, and I had to tell you ... I beg you not to stay silent.” Al-Showeikh wrote that he was attacked after he complained that the money his family deposited with the prison administration was stolen. He also wrote that he intended to start a hunger strike. 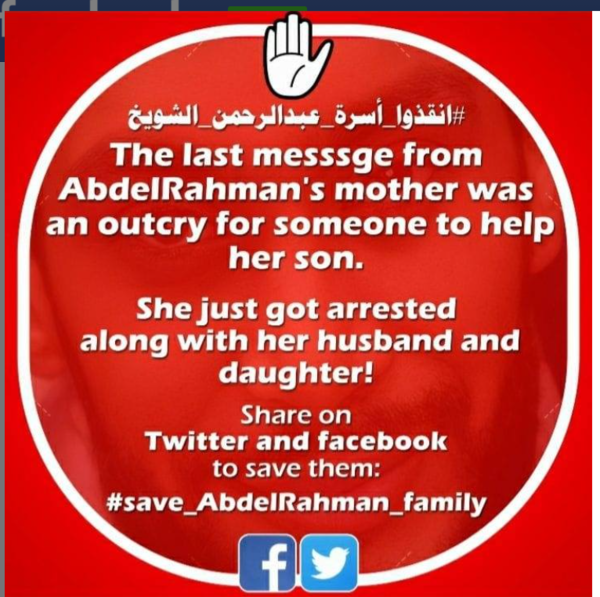 In her Facebook post, which went viral, Abdel Hamid said that when she visited her son on April 15 al-Showeikh appeared “sad and worn out,” and, “He did not seem himself.”

Following the meeting with her son, Abdel Hamid wrote in her post, she submitted a verbal complaint to the prison warden and the officer present during her visit. Later that day, she submitted a written complaint at Minya public prosecution headquarters, with details of the April 6 attack including the names of the alleged attackers.

Around April 19, the Minya public prosecution summoned Abdel Hamid and al-Showeikh and separately heard their accounts without lawyers present.

Abdel Hamid said in a separate video she posted on April 25, in a tearful voice, that the wife of one of al-Showeikh’s fellow prisoners informed her that after the prosecution’s hearing al-Showeikh was repeatedly beaten and abused to the extent that he was transferred to the prison hospital more than once. Abdel Hamid did not say whether her son was abused by the same people who had attacked him before.

Omar al-Showeikh, Abdelrahman’s younger brother, who lives in Turkey, posted on April 25 on Facebook that the prison administration sent to the prosecution several prisoners as witnesses who claimed that al-Showeikh was on medication for a mental illness, a claim his family firmly rejected. “Abdelrahman was a [conscript] soldier in the military police, how come he becomes mentally ill only after I reported the incident at the prosecution,” Abdel Hamid said in her April 25 video.

Omar al-Showeikh, who himself earlier had been detained and tortured in Egypt, told Human Rights Watch that the next day, April 26, roughly 15 uniformed, armed police officers and others in civilian clothes, most likely National Security (NSA) officers, raided Abdel Hamid’s home and arrested her and her husband and daughter, ; their 12-year-old son witnessed the raid. The police photographed the family in their pajamas and arrested them without allowing them to change their clothes, Omar al-Showeikh said.

He said that they were taken to the National Security Agency’s building in Cairo’s al-Ma’sara district. The father and the sister were transferred the next morning to the NSA building in the family’s hometown in Suez city, 125 kilometers east of Cairo. Salsbeel appeared before the Suez public prosecution on April 29, where she was interrogated on accusations of administering an opposition Facebook page. On April 30, prosecutors ordered her release pending investigations.

Omar said that on April 27, their mother appeared before the State Security Prosecution in Cairo, which ordered her pretrial detention for 15 days on charges of joining a terrorist organization and spreading false news after adding her to Case 900 of 2021. The authorities later transferred her to al-Qanater women’s prison.

Gamal al-Showeikh, was released on May 5, his son said, after about 10 days of incommunicado detention without access to family or lawyers or his medications for heart and liver conditions. He told his family that the authorities questioned him about Omar’s activities in Turkey and threatened to arrest him again should the family continue to speak up.

Omar al-Showeikh said that prosecutors wanted to summon Abdelrahman al-Showeikh again but the prison administration refused to transfer him. Then someone who did not identify himself visited al-Showeikh in prison and “superficially” examined him. When al-Showeikh asked him if he was from the forensic authority, the person told him it was “none of your business.”

Omar al-Showeikh also said that an officer visited al-Showeikh twice and warned him to withdraw his complaints. Prison officers are not allowing him access to lawyers or privacy in his family visits, the brother said. “They are pressuring him a lot to drop his complaints.”

Prosecutor General Hamada al-Sawy should immediately transfer al-Showeikh to a safe place, allow him full and unhindered access to legal counsel, and ensure that the authorities take all necessary measures to prevent any further retaliation against him and his family, Human Rights Watch said.

On April 27, Omar said, Cairo’s Tora Prison’s authorities transferred another detained brother, Abdelaziz al-Showeikh, to the infamous Scorpion prison apparently as part of the retaliation against the family.

Abdelrahman al-Showeikh’s claims of torture and sexual assault reflect a pattern of well-documented abuses and systematic torture that prisoners and detainees have faced under President Abdel Fattah al-Sisi’s government since 2014. A 2017 Human Rights Watch investigation found out that torture in Egypt is widespread and most likely amounts to crimes against humanity.

Omar al-Showeikh said that security forces arrested Abdelrahman al-Showeikh in November 2014 after he finished his military service. Security officers then abused and tortured him, including by suspending him from his arms and electric shocks. Military and civilian courts sentenced him to 32 years in prison on charges of protesting, joining a terrorist organization, and torching police cars. 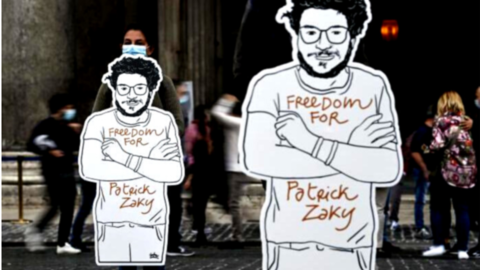 Human Rights Watch has repeatedly said that other governments should halt all security assistance and weapons transfers to Egypt, particularly the Interior Ministry, and condition their resumption on accountability and concrete improvement in the country’s human rights conditions.

“In Egypt, you can follow the legal path and do everything right, as Hoda Abdel Hamid tried to do, yet fall victim to the same violations you are protesting,” Stork said. “The authorities should immediately release her, protect al-Showeikh from retaliation, and bring those responsible for abusing him to justice.”