The Egyptian lawyer and human rights activist Gamal Eid was questioned regarding the NGOs foreign funding case (case no.173) for the first time in 10 years, on Tuesday, 26th of July. The Cairo court judges decided to reschedule the second hearing session of Gamal Eid, the founder of the Arabic Network for Human Rights Information (ANHRI), for next Sunday. 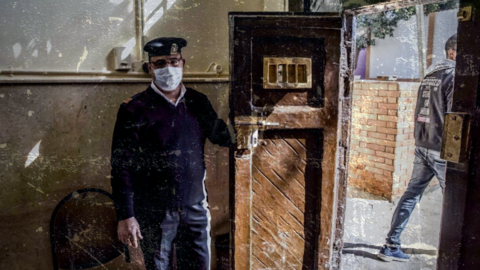 Gamal Eid revealed in a post on Twitter that the first session was only to look into the case which he described as a ‘revenge of civil society’ slamming the lawsuit against him is but a war on independent institutions specifically.

During the 3-hour session held, Gamal and his lawyers were surprised that the case file, which consisted of over two thousand pages, contains baseless accusations. One of the claims suggest that the Egyptian lawyer’s organization received funding from Human Rights Watch and the Committee to Protect Journalists in New York with allegations that both organizations stand against the Egyptian system.

Furthermore, Gamal Eid also highlighted the contrasted information provided in the file for example in one report it is said the Human Rights Network was established in 1995 while another report says it was launched in 2004.

Today, Egyptian human rights defender, @gamaleid, founder of the Arabic Network for Human Rights Information, will appear before the investigating judge for the questioning, in NGOs foreign funding case (case no.173) pic.twitter.com/E3HCimGnLm

Moreover, the Egyptian lawyer marked the mission of some of the papers he applied earlier to defend his case and that prove he is innocent in the face of the allegations, including bank documents that proves Gamal Eid transferred money from his bank accounts between New York, where he used to work, and Egypt.

Gamal Eid urged the investigative judge working on the case to be more neutral and make sure to apply the law fairly; despite the fact of the missing papers which proves the reality of the case and the war against the civil society organizations.

In 2019, the human rights defender was attacked and doused in paint in Cairo by a "gang" of armed men he suspects were police officers. However, the case was closed and investigation was halted.

According to the Front Line Defenders' report on Gamal Eid, he is a human rights lawyer and the founder of the NHRI organization which supports freedom of opinion, expression, and belief. Gamal Eid is facing trial on charges including "misuse of a communication tool" for a post made on the Internet in 2007 accusing an Egyptian Judge of infringement of intellectual property rights for plagiarizing a report of his organization.